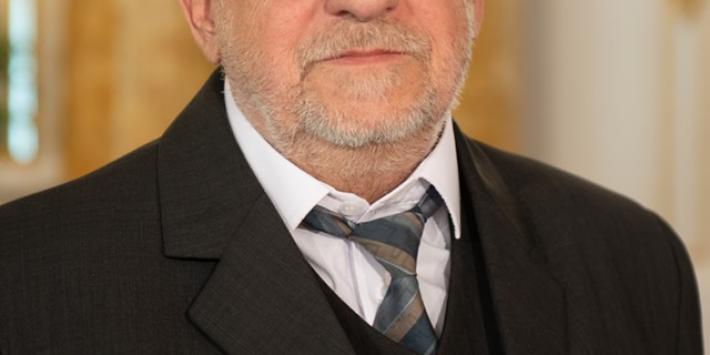 Field of activity : Sculptor, co-organiser of the Kutno sculpture centre

Andrzej Wojtczak distinguishes himself from a wide range of folk artists; he is fiercely independent and rebellious. He is one of the founders of the so-called kutnowski ośrodek rzeźbiarski (Kutno sculpture centre). He has been consistently developing his trademark high-class folk sculpture for more than forty years.

When he was a small child, Wojtczak used clay to make the model of a head: it was his first experience of moulding a solid mass. His artistic talents and sensitivity to art were revealed as early as in primary school. In 1975, Andrzej Wojtczak made his first public appearance as a creator of art; it was then that he displayed his works at a post-competition exhibition in the Museum of Łęczyca. His representations of the Pensive Christ, the Madonna, Pietà and saints with faces expressing sorrow, pain, dignity, seriousness or joy were almost instantly appreciated and acknowledged by the public. There were not many artists who could liven up wooden sculptures so evocatively.

Another extraordinary feature of Andrzej Wojtczak’s art is how he shapes and moulds the form. He is a real master of composition. His multi-figure works depicting Christmas, Falling Asleep, the Enthronement of the Blessed Virgin Mary, the Flight into Egypt and more are almost perfectly made. His renditions of sacred themes are notable for their original interpretations of the topics; they are clearly inspired by his own thoughts and reflections. The most characteristic examples here are his representations of the Last Supper, the Holy Family, different images of the Madonna as well as numerous saints and patrons. All these qualities of his art are further emphasised by the works’ gentle colours and the use of characteristic woodcarving techniques.

Andrzej Wojtczak is a precursor of certain thematic solutions in folk art, e.g. triptychs – an extremely characteristic feature of his works. He is a perfectionist when it comes to the depiction of content and mood in his sculptures. He is able to apply multiple modifications to his chosen topic until he reaches the desired result – the work that finally satisfies his artistic vision.

Irrespective of the theme, whether it is drawn from traditional culture or demanded by the recipient, his works are always strikingly original, even when they deal with less frequent themes, such as historic events or colourful rural scenes. Andrzej Wojtczak’s inimitable style is also seen in his paintings, another important form of his artistic creation. Made initially on panel board and later on canvas, they conjure highly personal images of an extraordinary world of fairytales, magic and, sometimes, myth, unusual and tantalisingly familiar at the same time.

Andrzej Wojtczak began his cooperation with CEPELIA in the late 1970s and with museums and foreign art collectors in the 1980s. His sculptures can now be found in the most prestigious museums in Poland and in private collections throughout Germany, France, Switzerland and the United States.

The artist uses sculpture and painting to express the rich world of his imagination; using a chisel or a paintbrush, he is transferring his philosophy of life into a form of artistic creation. „You just have to be good and believe – that is all” – these words encapsulate his attitude to life, to which he has been faithful for so many years. „Always on the lookout for novel solutions” – that is, on the other hand, how he is described by his fellow artists and friends. The iconographic depictions that he has been developing for years can still surprise and inspire other artists.

Andrzej Wojtczak’s love of sculpture has been inherited by his daughter Magdalena, who is herself a talented folk artist. 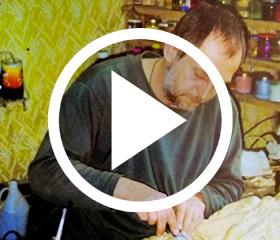