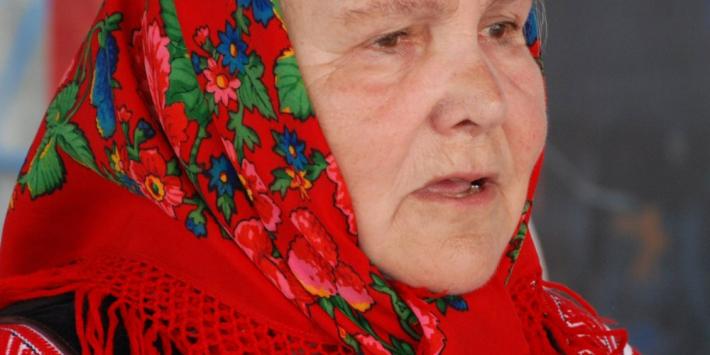 Together with her sisters she spent her childhood in their native village, where she graduated from elementary school and worked on the family farm. All of the sisters were artistically inclined – they were musically gifted, and had very good voices. Each of them would go on to win the main prize at the Kazimierz festival.

Katarzyna Weremczuk grew up in a home imbued with patriotic values and community awareness – an environment that fostered the development of artistic talents and enabled the intergenerational transmission of oral traditions. From her earliest years she was taught to sing by her mother. Her father, also musically gifted, led a choir at the parish church, and after the war he became its organist. He was highly respected by the local community as he was a second lieutenant in the scouts  of the Home Army, a social activist, and an organizer of cultural life in the village. At the age of eighteen Katarzyna married Stanisław Weremczuk and settled in Dołhobrody (Hanna municipality, Włodawski district, Lublin Polesia). She raised six children.

Together with her husband, she ran a large sheep farm. Prospering in agriculture brought her a lot of satisfaction. Throughout her life, Weremczuk skilfully combined working on the farm with her artistic activity, involvement in the church choir, and the folk band Jutrzenka (Morning Star). She sang on any occasion, but she started to perform solo at folk contests relatively late in her life. She achieved her first success at the Provincial Review of Folk Bands and Singers in Biała Podlaska (1997), where she was enlisted to participate at the festival in Kazimierz. There, she charmed both listeners and judges with her beautiful singing performance, warmth, clear voice, original repertoire, and unique execution of songs from the eastern border region. She received a Baszta Award for performing wedding songs. Since that moment, she has actively participated in the artistic life of the village and the region. She has compiled a very rich and valuable repertoire from family oral traditions, performed in the local dialect with characteristic ornamentation: wedding songs, harvest songs, sobótka songs (performed during the night-time celebrations of St. John's Eve on 23-24 June), Christmas carols, Lent songs, Easter songs, as well as lullabies, ballads, recruits’, partisans’ and soldiers’ songs, funerary and religious songs, chachłackie songs characteristic of this region (sung in the dialect of Podlasie, the Polish-Ukrainian linguistic border), włodarki sung in the area of Dołhobrody or swańki once popular in the area of Wyryki (the only secular songs associated with wedding rituals that were allowed during Lent).

Theatre activity holds a special place in the singer’s artistic practice. Led by the House of Culture in Dołhobrody, it became a platform for Weremczuk to participate in ritual performances with the Jutrzenka band (recipient of the Oskar Kolberg Award in 2005). Together with members of the theatre group she collected regional costumes and everyday objects typical of the traditional farm and daily life of the rural community.

She continues to document the authentic folklore of the Dołhobrody area and records local customs, rituals, and the traditional singing style and dialect. Weremczuk is also involved in educational and outreach projects. She collaborates with youth vocal-instrumental groups based in Hanna municipality.  She familiarizes them with the traditional repertoire and teaches them a traditional style of performing ritual songs. As a representative of authentic folklore, she collaborates with ethno-musicologists from universities in Lublin, Warsaw, Wrocław, and Poznań on their academic research investigating and documenting musical traditions from the eastern border region.

Recordings of her abundant, archaic repertoire are part of the collections of many cultural and scientific institutions, as well as the Polish Radio and Television archives (the Museum of Łęczyńsko-Włodawski Lake Region in Włodawa, the Regional Museum in Biała Podlaska, the Museum of Dołhobrodzka Land, the Folk Artists Gallery in Hanna, the archives of Lublin Radio, the archives of Polish Radio – Channel 1 and 2, Radio Folk Culture Centre, TVP Polonia).

Katarzyna Weremczuk is actively involved in local and regional folk events as well as in national and international competitions and festivals. She has received many awards, such as two Baszta Awards in Kazimierz (1997, 2011), and first prize at the Kolędy i Szczodrywki nad Bugiem International Festival in Włodawa (2008). She is a multiple winner of the Provincial Reviews of Folk Bands and Singers in Biała Podlaska. 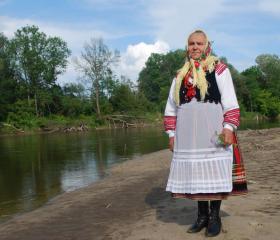