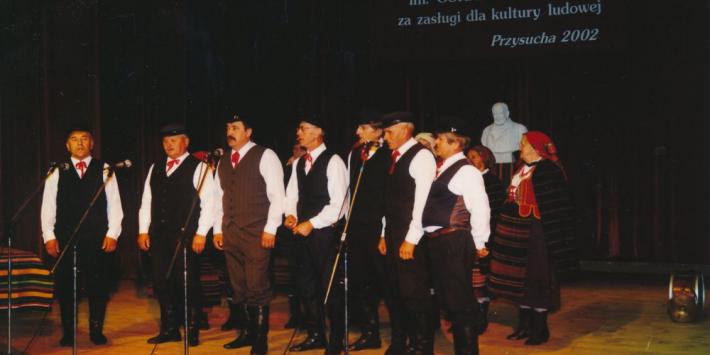 The ceremonial band from Strykowice Górne, a village near Zwoleń, was formed in 1978 on the initiative of Wanda Krawiec, a Strykowice resident from a family of musicians and folk singers. Joanna Tęcza and Adolf Krzemiński were in charge of the group for many years.

The group presents ceremonial performances, songs and dances at regional and community events and at Polish competitions and showcases. The group has performed three times at the Regional Parliament of Theatrical Groups in Tarnogród (1984, 1987, 2002). In 1985, the group's dancers won a special prize and the group’s dance pairs won two awards at the Polish Traditional Folk Dance Competition in Rzeszów. In 2000, the ceremonial group together with the Strykowioki band received a GoldenTower at the Festival of Folk Bands and Singers in Kazimierz. At the 2001 Traditional Polish Dance Competition in Rzeszów the group received a special award for presenting social dances and the dance pair Janina Lewikowska and Jan Lewikowski received the main award – the Dance Circle.

The group graces festivities and annual celebrations at the Museum of the RadomVillage, such as for Palm Sunday, the honey harvest, the bread holiday, and the harvest festival. Since 1981 the group has participated in the Folklore and Folk Art-Related series of presentations. Since 1991, the group has also participated in the FolkloreAcademy educational programme which is realized at the Resursa Obywatelska Centre for Art and Culture in Radom.

The group’s output has been recorded on video and in manuscripts and periodicals. 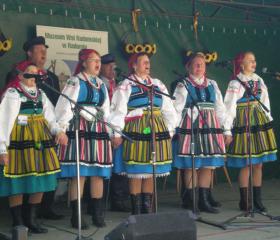