The Mogilanie regional band was formed in 1984 at the Communal Cultural Centre in Mogilany by Krzysztof Musiał (who was the director of the centre at the time), Jerzy Rogala and Kazimierz Królik. The first members of the group were residents of Mogilany, people involved with the chapel choir and the Farmer’s Club.

Mogilanie is a multi-generational group. Over its quarter-century of activity 150 people from Mogilany and the surrounding area have been part of the group. In 2010, Mogilanie had 40 members. Most of these members had been involved with the group from its beginning. Mogilanie plays a role in creating the culture of their community – they enable the intergenerational transfer of regional traditions, and is a means of encouraging social integration and cooperation between the village’s inhabitants. The activity of the group, which attracts both adults and youngsters. inspired the local community to create the children’s group Mali Mogilanie and the School of Folk Music at the Communal Cultural Centre (which gives lessons on how to play such traditional instruments as the heligonka, the fiddle and the trumpet).

The group presents the musical culture of the Mogilany area – folklore of the western Kraków group. Janina Kalicińska has been its artistic director since 1986. She is an ethno-choreographer, an expert on the folklore of the Kraków area and a 1992 recipient of the Oskar Kolberg Award. She creates all of all the group's performances. Marek Horbaczewski is the group’s dance instructor, and Kazimierz Królik is its manager.

An integral part of the group is a band that features traditional instruments used to play early Kraków music (the heligonka, the fiddle, the clarinet, the trumpet, three-string double basses). Adam Papież was the first director of the band, a role now taken by Adam Królik.

Mogilanie's repertoire consists of performances showing customs and ceremonies from the villages near Kraków: Mogilany Harvest Festival, Women’s Street Dancing, Mogilany Wedding, A Sleigh Party, Carolling the farmers. These feature Kraków dances: krakowiaks, chodzonys, polkas, sztajers (or stancers – a kind of fast polkas), waltzes, obereks, and mazurkas. The group also performs songs and ditties. Their repertoire is based on source material gathered by the oldest members of the group and these members’ families, and on archival materials from the collection of the Seweryn Udziela Ethnographic Museum in Kraków, which documents local folklore. The group’s thorough preparation is especially evidenced by their costumes, which were based on the museum's collection in accordance to ethnographic instructions. Mogilanie were aided in the preparation of their programme by many ethno-musicologists, ethno-choreographers and regionalists.

What testifies to the group’s high artistic level are the high marks the group receives from jurors and expert and the group’s popularity with audiences, which may be observed at concerts, competition and folk festivals in Poland and abroad (amongst others in Austria, Belgium, Croatia, the Czech Republic, France, Germany, Serbia, Ukraine, Hungary and Italy). The group has received many important distinctions and won numerous awards. At the 1996 International Folklore Showcase in Tarnów they took 1st place and won a Peacock’s Feather award. In 1996, they won a Bronze Tower award in Kazimierz. In 1997 they took 1st place and won a Boryna statuette at the Polish Festival Wedding Banquet in Węgrów. In 2000 they took 1st place at the Showcase of Ceremonial Performances in Katowice. In 2001 the group won the main award at the Polish Festival of Folkloric Groups in Stalowa Wola. In 2009 Mogilanie won the main award, a Łowicz Striped Costume, at the Polish Folklore Meetings in Łowicz.

Mogilanie’s performances have often been documented by regional branches of Polish Television (Kraków, Katowice, Toruń) and by the Archive of the Lesser Poland Cultural Centre Sokół. In 1999 the group became a member of the Polish Section of C.I.O.F.F. 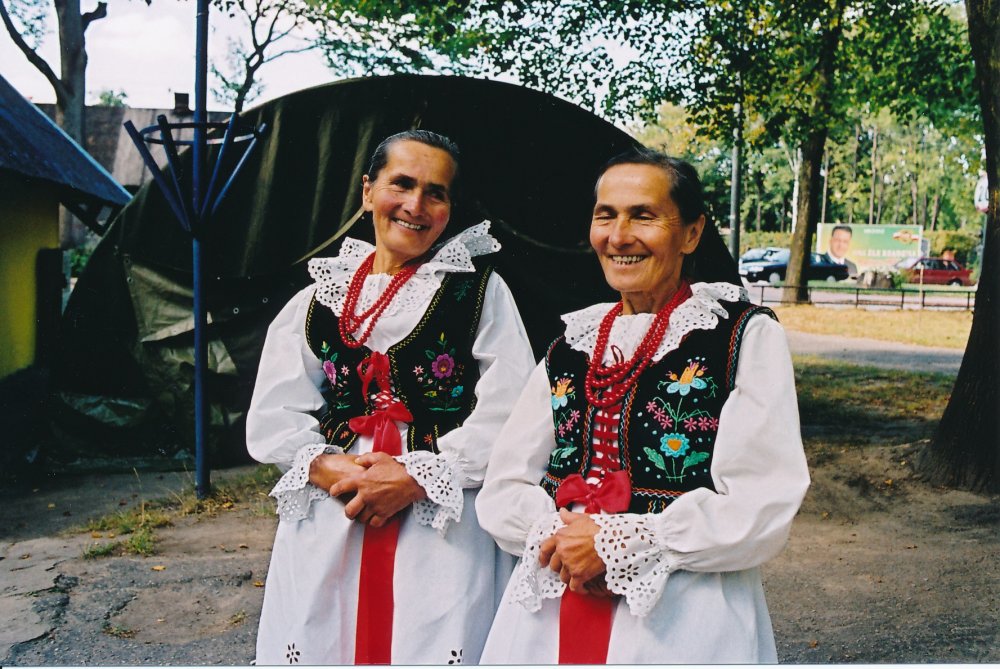