Zofia Warych is an outstanding Kurpie singer, embroiderer, and lace-maker. She was born on 25th March, 1939, in Dęby, Ostrołęka municipality. She has lived in Myszyniec since 1957. Her mother was a well-known and highly respected local cepsiarka – a wedding singer and mistress of ceremonies. Her father was a singer at funeral ceremonies.

Warych is one of the most colourful personalities of the Kurpie region. She enjoys a favourable reputation and a permanent place in the popular culture of area. She only started her musical activities in the nineties. Before launching her career, she focused on raising her children and taking care of the household. Only later, at her sister’s instigation, did she decide to perform with the vocal band from the village of Ciesina.

She made her début on the Kazimierz festival stage in 1993. At the end of the nineties, she joined and toured with the band from Myszyniec, but eventually decided on solo performances. The juries of many festivals, such as the festival in Kazimierz, have commonly praised all the hallmarks of the style and character of Kurpian songs which are discernible in Warych’s way of singing. She is a talented singer and artist, capable of drawing audience’s attention to what she loves the most – Kurpian songs. She sings in the dialect of Kurpie, which preserves the authentic local language articulation, typical only of the Kurpiowska Puszcza Zielona (KurpieGreenForest) region. For years, she has been involved in the activities of the Władysław Skierkowski Kurpie Regional Cultural Centre in Myszyniec.

Warych has performed at and received the main prizes of numerous festivals. She has been repeatedly selected to perform at the National Festival of Folk Bands and Singers in Kazimierz. She won first prize there in 1995 and 2007, and in 2002 she won the Baszta award, and thus became one of the foremost Polish folk singers. In 2010, together with her granddaughter Łucja Warych, she won the award at Duży-Mały /Big-Small competition in the category of singers. She was again nominated to participate in the festival in the following year. Zofia Warych’s singing execution is a source of knowledge of traditional wedding ceremonies and authentic Kurpie singing.

She has also gained recognition as embroiderer and lace-maker. Her meticulously crafted works have frequently been awarded at the Kurpie Rural Crafts Competition organized during the annual Miodobranie Kurpiowskie/ Kurpie Honey Collection event. Warych pays a lot of attention to her regional outfit. She not only wears it at her concerts, but also at all of the most important church ceremonies. With her dignified attitude and regional dialect and dress she draws attention to the value of her Kurpie origins.

Warych plays an active part in ethnographic workshops, dialect classes and other folk activities for children and youth. She has been invited on several occasions to participate in broadcasts aired by Polish Radio and Television and other radio and television stations, in which she presented her talent and talked about the wedding rituals and customs of the Kurpie region.

Thanks to her excellent memory and tremendous commitment to community service she has managed to save a lot of great songs, ditties and unique embroidery patterns typical of the Kurpie region from oblivion.

In 2006, Warych received acknowledgement from the Marshal of Mazovia Voivodeship, and in 2009 Minister of Culture Bogdan Zdrojewski bestowed Warych with the honorary Medal for Merit to Culture.

Today, it is hard to imagine the Kurpie region without Zofia Warych and without the echoes of the tunes sung by her. As befits a family tradition, Warych’s youngest granddaughter Łucja won the grand prize at the 26th Kurpie Artistic Presentations in Ostrołęka in 2008. 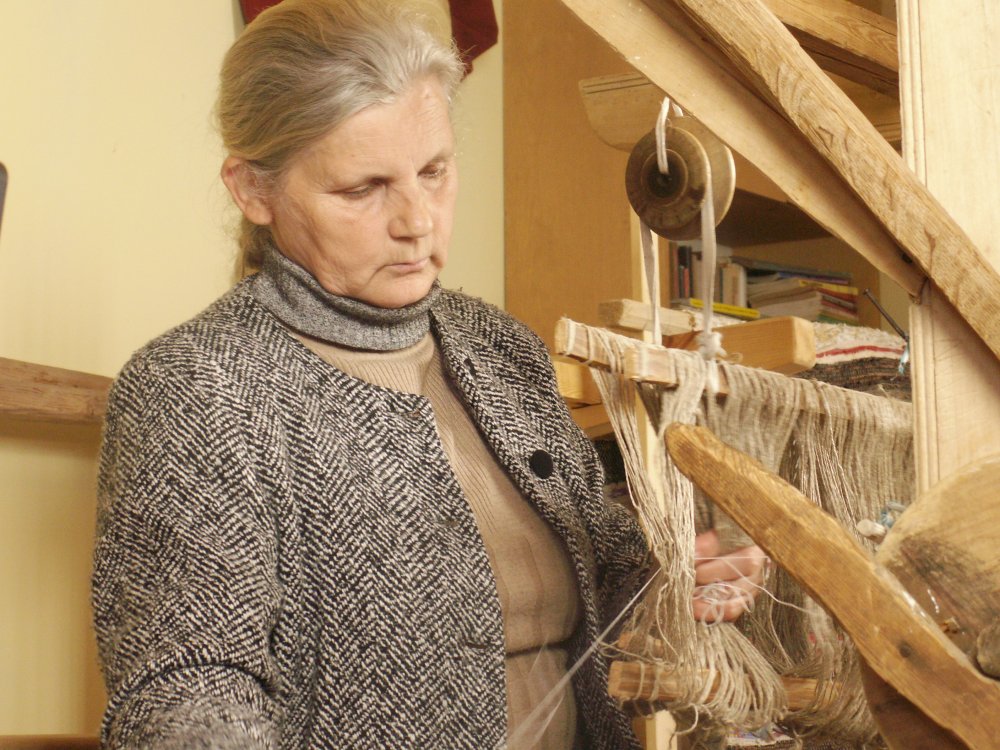