Jan Karpiel-Bułecka is a musician, dancer, storyteller, organizer of folk cultural activities, and a populariser of Goral folklore. He is also an architect and advocate of the preservation and maintenance of the regional style of the Tatra region. He was born in 1956. Karpiel-Bułecka is regarded as the most versatile contemporary artist of the Podhale region and a prominent expert in the Goral and Carpathian music and traditions. He comes from a well-known family of artists and builders which rendered a great service to Zakopane. His father, Bolesław, was a lead fiddler, a collector of Podhale sheet music, and a recipient of the Oskar Kolberg Award (1997). He was also his son's first fiddle teacher. His mother, Zofia, performed in Klimek Bachleda’s band in Zakopane.

Jan Karpiel-Bułecka is currently considered one of the best lead fiddlers of the Podhale region. He is also a multi-instrumentalist and a pastoral instrument virtuoso: bagpipes, single and double pipes, and the trembit. He also makes these instruments. He has restored them to the Podhale region tradition by modelling new ones after some examples from his own collection or items preserved by the TatraMuseum. Karpiel-Bułecka is an excellent singer and dancer, and an expert on many dances and songs from the Podhale region and other areas of the Carpathians. He is a great storyteller; he popularizes the Goral dialect and oral culture in a beautiful manner.

He graduated in architecture from the Kraków University of Technology. Initially, he found employment in the Regional Laboratory of the University of Technology in Zakopane, where he inventoried and preserved the historical buildings of Podhale (he assembled documentation and supervised the renovation of an old church in Zakopane). He currently runs his own architectural studio.

Goral music and tradition has always been present in the artist’s life. From an early age he played in a family band, and for over thirty years he has contributed to the Klimek Bachleda Regional Group in Zakopane (as an outstanding dancer, singer, musician and actor). During his studies in Kraków he performed in the Skalni Goral Student Band. He is the founder and lead fiddler of the Zakopiany band, (winner of the Oskar Kolberg Award in 2000), which is regarded by musicians, experts and folklore enthusiasts as one of the most outstanding ensembles cultivating and representing the highest standard of Carpathian folk music. The Zakopiany band’s repertoire consists of original melodies from the Podhale rescued from oblivion by the band, as well as virtuoso arrangements of the music of other ethnic groups such as Gypsies, Jews, Slovaks and Lemkos, (but which still leave no doubts as to the origins of the musicians).

Karpiel-Bułecka has performed and promoted Goral music at many concerts in Poland and Europe. He has collaborated with the organizers of major folk events, such as the International Festival of Goral Folklore in Zakopane, the Beskidy Culture Week in Żywiec, and the Festival in Nitra, Slovakia (where he was a host and juror of the competition). He is the initiator and organizer of popular musical events such as Muzykanckie Zaduski/Musical All Souls' Day, Dudarskie Ostatki/ Bagpiper’s Shrove Tuesday, and Muzyka Karpat/Carpathian Music.

He collaborates with many cultural institutions, including the Warsaw Philharmonic, and the philharmonics of Bydgoszcz and Katowice. However, it has been his collaboration with outstanding artists from different musical circles that has had particular importance for the promotion of Goral culture and music. These artists included Zbigniew Preisner, Prof. Mieczysław Nowakowski (premiere of K. Szymanowski’s Harnasie with Goral Band), and a tour of Spain with the Silesian Philharmonic Orchestra under the baton of Mirosław Błaszczyk performing Korzenie/The Roots. Nevertheless, the most widely known is the Jan Karpiel-Bułecka band's collaboration with the Zbigniew Namysłowski jazz quartet, resulting in recordings and many concerts (as well as awards – jazz album of the year 1995, and the Fryderyk award in 1996).

The artist is greatly appreciated for his activities focused on consolidating and preserving the Goral culture, especially through his musical practice highlighting its value and beauty, as well as through his participation in popularisation projects – posiady (gatherings during which people tell stories, legends and play music), seminars, films, radio and television broadcasts). His cooperation with Polish Radio includes appearances in programmes, concerts, and representing Poland at the 16th Folk Festival of the European Broadcasting Union in Zakopane (1995). However, the most critical collaboration key between them is the recordings of the artist and his band’s rich repertoire for the phonographic archives of the Radio Folk Culture Centre and its promotion through broadcasts and albums that form directives for young musicians indicating accurate execution of this music. In 1988, Karpiel-Bułecka received the Stanisław Wyspiański Award for outstanding achievements in the field of folk music. 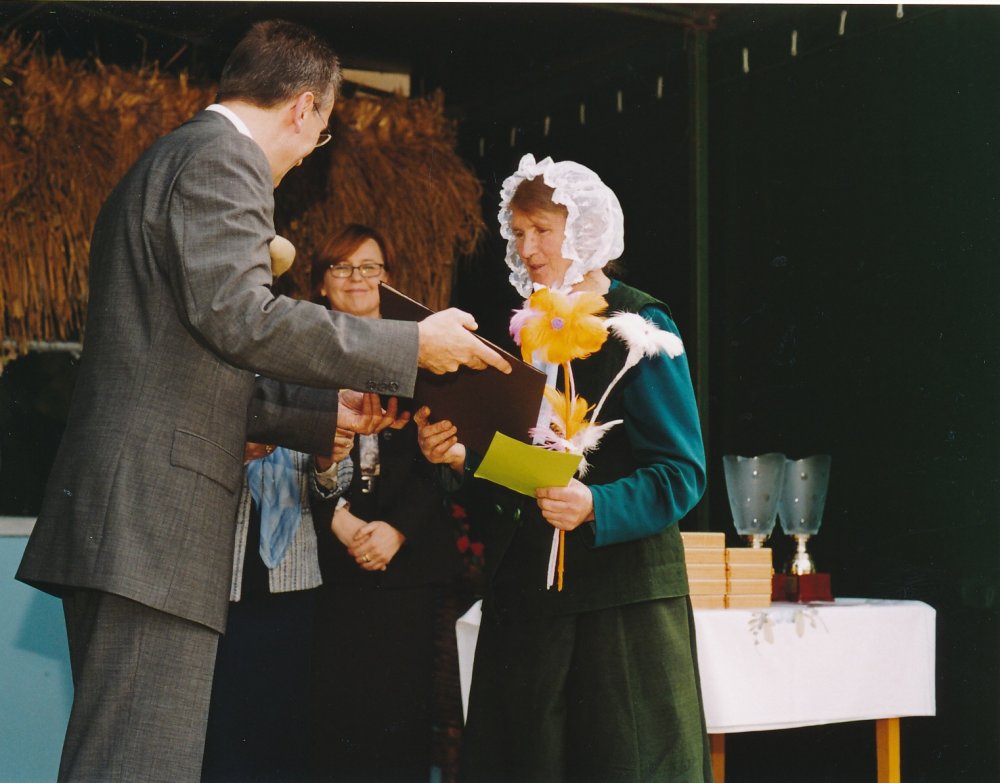