Jan Gaca (1933-2013) was born and lived in Przystałowice Małe. He was one of the best fiddlers of the Radom region. He received Oskar Kolberg Award in 2002

His parents were Karol Gaca and Antonina née Kłosińska (a well-known singer, often invited to weddings as a maid of honour). His maternal uncles, Jan and Józef Kłosiński, were talented harmonica players. Similarly, Jan’s siblings were musically inclined. From 1954 to 1960, the Gaca family band included Piotr (fiddle), Władysław (accordion), and Jan (baraban).

Jan Gaca played the fiddle from the age of 16. He taught himself to play the instrument mostly through attending weddings and social gatherings, where he listened to the greatest local fiddlers. He also played in a band with his cousin, Stefan Gaca from Przystałowice Małe, playing drums. There were many distinguished musicians in the area: Franciszek Pańczak from Kolonia Bąków, Janusz Bogusz from Kamienna Wola, Jaźwiec from Ossa near Odrzywoł, Kędzierski’s Band, and fiddlers such as Walenty and Jan from Rduchów, Tadeusz Jedynak from Przystałowice Małe and Józef Zaraś from Nieznamierowice.

Jan Gaca’s band played together with Zakukała kukułeczka from Gałki Rusinowskie during performances accompanying ritual events such as Darcie pierza (Advent feather-plucking), Kusaki (Shrove Tuesday parties), Pastorałki (carol-singing), Śmigus Dyngus (Wet Monday), Chodzenie z gaikiem (walking with pine, a custom of walking around a village with a decorated pine tree in the first days after Easter, with a doll attached to the top of the tree symbolizing the coming of spring), Swaty (matchmaking). The band took part in the national competition of traditional folk dance in Rzeszów.

Jan Gaca performed three times at the Festival of Folk Bands and Singers in Kazimierz. He was remarkably successful there in 2001 – his performance with Jacek Bursa (pedal accordion) won first prize. The same year, at the Competition of Folk Bands and Singers from the Vistula River Region in Maciejowice he also received first prize, and in following year – the main award, Złote Basy (the Golden Bass).

Jan Gaca belonged to the small group of original and unique folk fiddlers from the Radom region. He preserved the old local musical repertoire and traditional playing techniques, as well as the simple, natural stage presence.

He taught fiddle to enthusiasts of authentic folk music who gathered in the Association Dom Tańca (Dance House). Recordings of music by Jan Gaca are part of the archives of the Polish Radio in Kielce, the Institute of Art of the PolishAcademy of Sciences in Warsaw, Polish Radio, Association Dom Tańca in Warsaw, and Andrzej Bieńkowski’s collection.

He participated in the International Accordion Festival in San Antonio, Texas. In April 2013, he performed alongside Polish folk bands at the FolkBaltica festival in Germany.

The same year, he was bestowed the annual Award of the Minister of Culture and National Heritage for lifetime achievements. 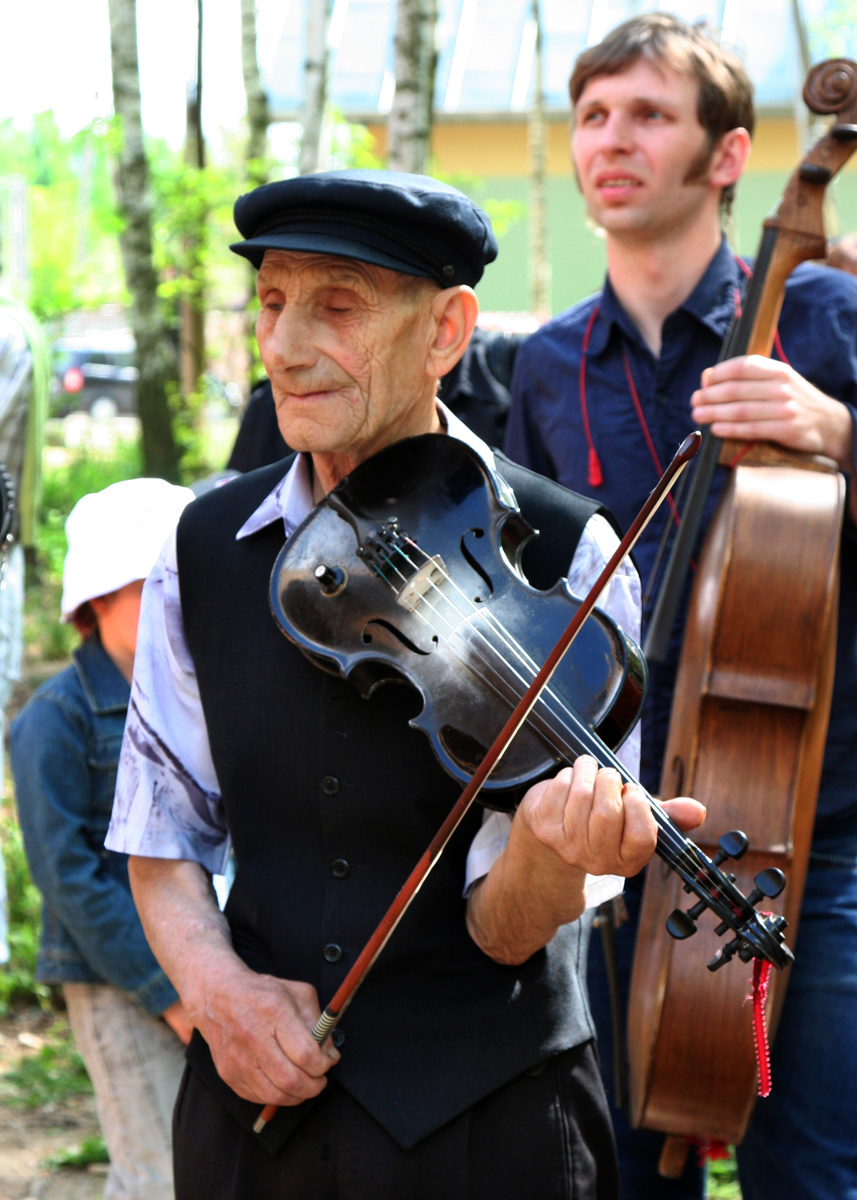 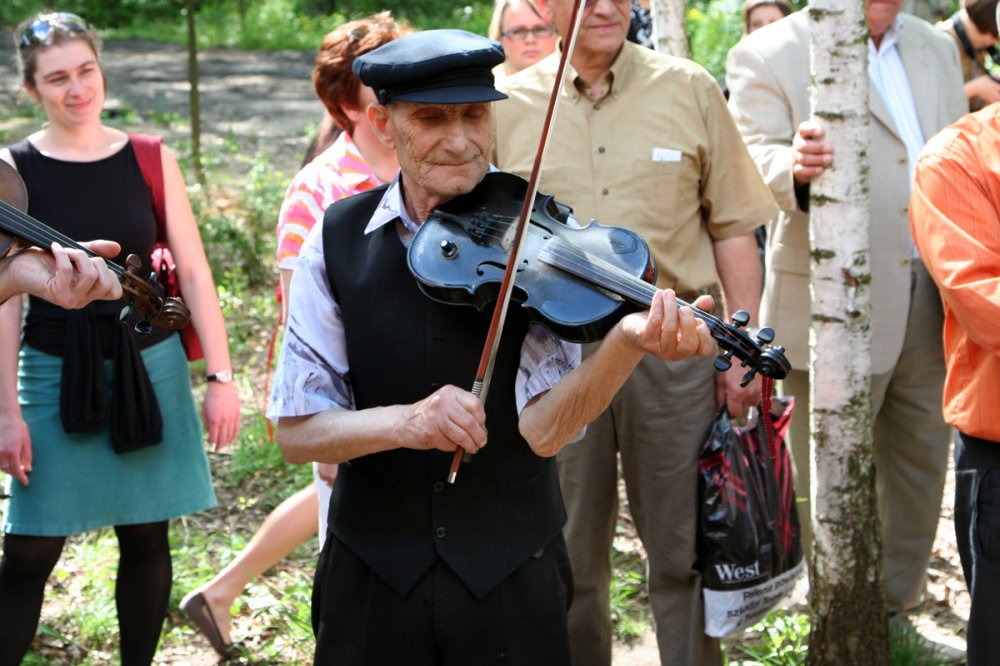 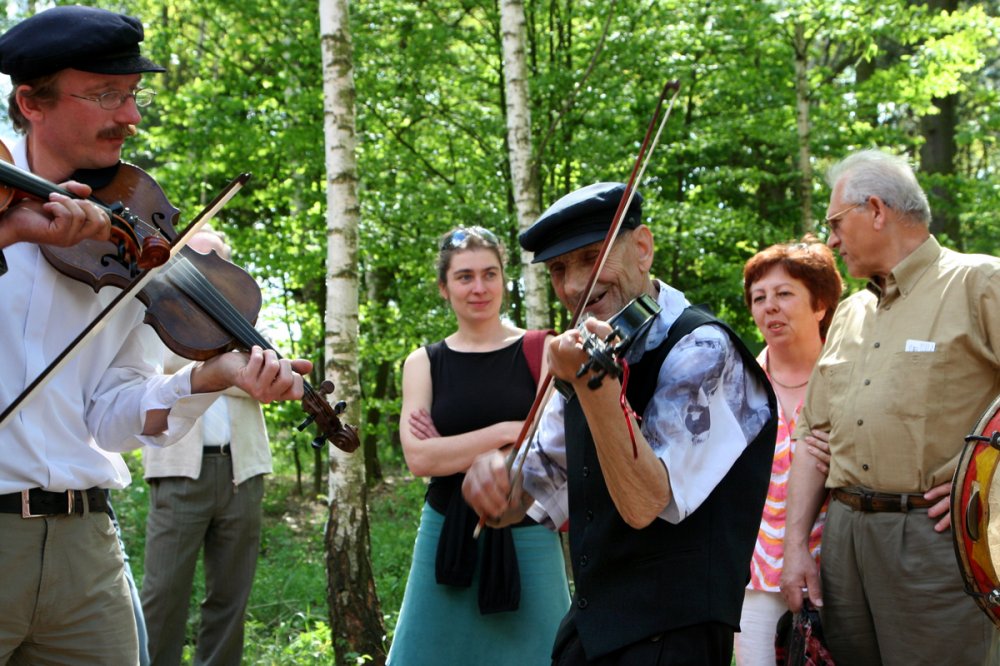 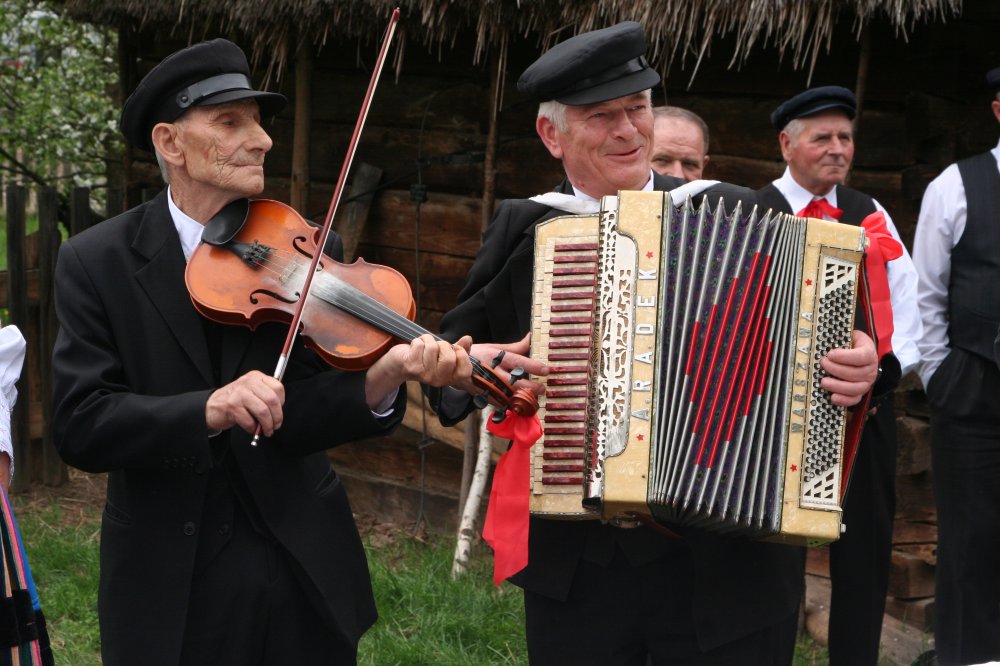 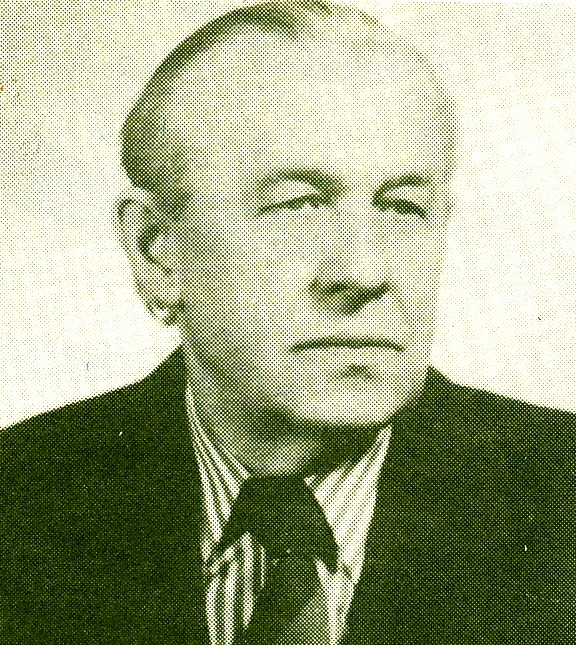