Roman Wojciechowski is a fiddler from the Opoczno region. He was born in Ciebłowice Duże in 1949. He now lives in Tomaszów Mazowiecki. He comes from a musically talented family: his father sang and played the harmonica, his grandfather led funeral singing during vigils for the deceased and pilgrimages to Częstochowa, and his uncle played drums in a band alongside accordionist Stanisław Kościecha and the fiddler Władysław Kosylak.

From his early childhood Wojciechowski showed an interest in music and perseveringly listened to musicians playing during celebrations and dances. At that time, among the best-known local fiddlers were the aforementioned Władysław Kosylak, Marian Wachoń and Jan Staniec. As a young boy, Wojciechowski tried to play his brother’s mandolin. But when he inadvertently broke a string, his brother gave the instrument back to his teacher and they both abandoned further study (it was a group of mandolin students led by Mieczysław Wiaderny in a primary school in Białobrzegi).

Around 1961, Wojciechowski got his first fiddle from his father. At first he mostly tried to play melodies on one string. His father, noticing his son’s enthusiasm for the instrument, took him to Feliks Franczak, a fiddler from Tomaszów. From that moment, he began his proper training, including how to read musical notation. Wojciechowski also studied clarinet and saxophone. He played the latter in a brass band from 1966 to the mid-90s, until the closure of the Wistom Chemical Fibres Plant which had established this orchestra.

From the age of fifteen he played at parties and weddings with musicians performing on accordion, saxophone, guitar and drums. In practice, it turned out that the ability to read notes was of less importance than playing by ear.

For ten years, Wojciechowski played in a street band composed of artists playing accordion, fiddle, two banjos, trumpet and saxophone. The band took part in reviews and gave performances in the area of Tomaszów Mazowiecki, Skarżysko Kamienna, and Rawa Mazowiecka.

Roman Wojciechowski is still active as a wedding musician. Once or twice a month, he performs with the Waganus band, playing saxophone more than the fiddle. For several years, he has been a member of a band which accompanies ritual groups in the Opoczno and Tomaszów districts (Słowiki/Nightingales from Sławno, Róża/Rose from Gawrony, Kamienianka/ a name deriving from “stone from Kamień”, and groups from Olszów and Twarda).

Wojciechowski also plays in a two-man band with either  Kazimierz Krokosz or Bogdan Lipski on drums. Moreover, he collaborates as a fiddler with the Song and Dance Ensemble from Lubochnia and the W. Bogusławski Youth Theatre in the same district. The theatre group twice participated with great success at the National Assembly of Polish Village Theatres in Tarnogród (2008, 2011).

Wojciechowski has received many awards. He is a three-time award-winner at the National Festival of Folk Bands and Singers in Kazimierz Dolny. In 2008, he received a Baszta Award in the solo instrumentalist (fiddle) category, and the second prize in 2004, when he went to Kazimierz for the first time. More recently, in 2012, he won the first prize performing with Bogdan Lipski accompanying him on drums.

The artist is also a multiple winner at the Od Kujawiaka do Oberka (From Kujawiak to Oberek) Folklore Meetings of Central Poland in Sieradz – he won first prize three times (2006, 2011, 2012). In 2000, Wojciechowski received the Distinguished Cultural Activist medal.

The artist’s recordings as a fiddler and singer are part of the Archives of Polish Radio in Warsaw, the Phonographic Collections of Institute of Art of the PolishAcademy of Sciences in Warsaw, and the Regional Centre of Łódź House of Culture.  A selection of Wojciechowski’s musical pieces was included in the 2-disc album Tradycje muzyczne Polski środkowej / Musical Traditions of Central Poland (Łódź, 2007) and in the album recorded by organizers of the 2009 Nowa Tradycja / New Tradition Folk Festival of Polish Radio, when he participated in its inaugural show entitled Koncert Muzyka Źródeł – Opoczyńskie/ Roots Music Concert – Opoczno Region (Warsaw 2010).

His distinctively rich repertoire, especially his triple meter dances (Obereks), excellent technique and seamless flow, as well as his style of performance inherited from traditional musicians, allow one to unequivocally state that Roman Wojciechowski is now one of the greatest fiddlers of the Opoczno region in Łódź Voivodeship. 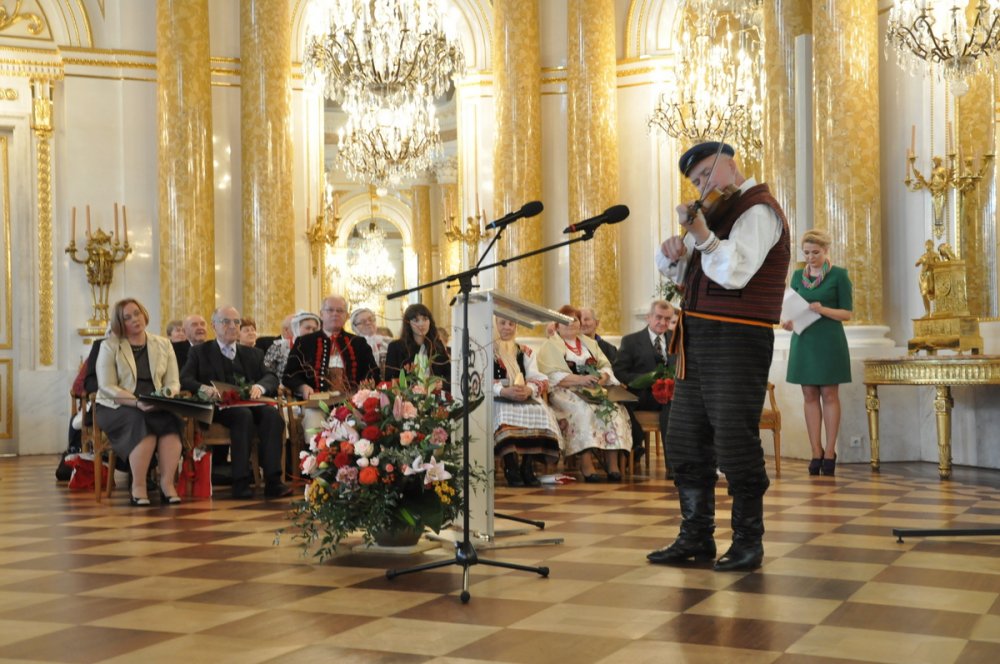 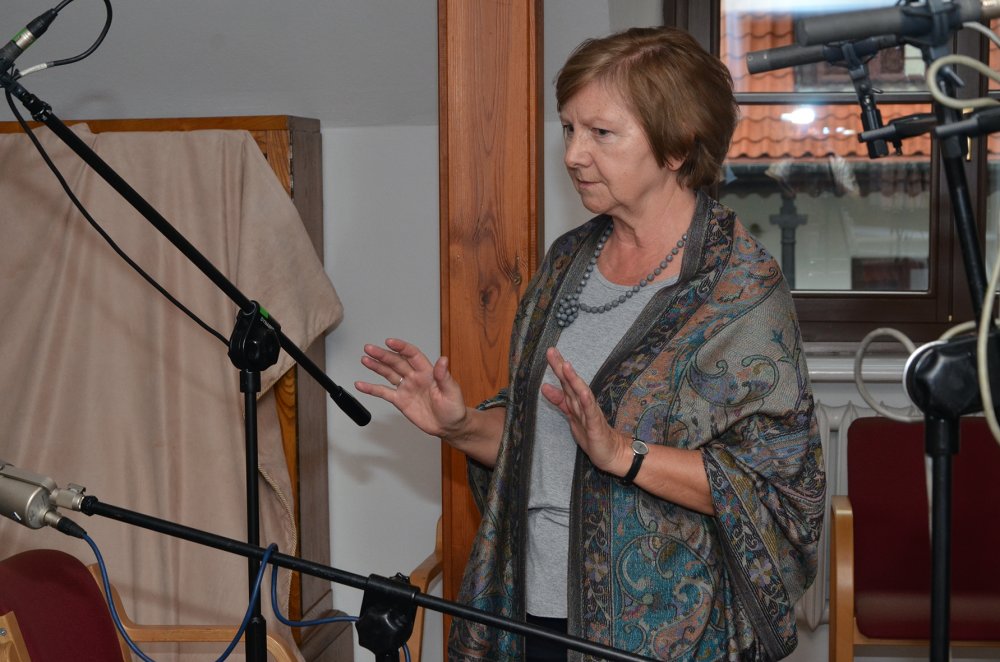