Władysław Trebunia-Tutka was a multi-instrumentalist.

Władysław Trebunia-Tutka was one of the greatest Goral multi-instrumentalists. He was  a renowned lead fiddler who followed the example of masters from various parts of the Podhale region. He devised his own playing style which drew from the Goral musical traditions.

He was a member of an old Zakopane family, the Trebunia. Their tradition of playing music as a family was started by Jan Trebunia (1898-1977) who used to play with his brothers and brothers-in-law. In the village of Poronin he married Ludwina, the daughter of the famous bagpiper Stanisław Budz-Lepsiok, nicknamed Mróz (1898-1977). His music was listened to not only by Gorals but also by well-known cultural figures of interwar Poland, such as Kasprowicz, Szymanowski, and Chyliński. Mróz had a hand in creating the national culture of Poland by playing concerts in Warsaw, Lviv, Berlin and at the World Exposition in Paris in 1925. In 1937, he played at Karol Szymanowski’s funeral. Mróz’s unique Goral features were often portrayed by painters. In 1974 a band named after him was founded in Poronin.

All of Jan Trebunia’s sons – Stanisław, Henryk, Andrzej and Władysław – were gifted with their father’s and grandfather’s musical talents. After World War II they played with Jan Gąsienica-Julcorz and their cousins (Bronisław and Stanisław Skupień-Filas, Władysław and Andrzej Lassak-Zopotocek, Stanisław and Jan Trebunia, and Andrzej Trebunia).

Władysław – a talented lead instrumentalist even as a teenager – and his family band performed at many events, such as carnivals, harvest festivals and state holidays. The band also participated in the soirées of the Gorals' Association. It most often played at Goral weddings and dance parties. The Trebunia brothers enjoyed success when they took second  place in the 1955 Sabała Competition in which 100 bands from all over the Podhale region took part. In 1978, the band participated in the Meetings of Music-Playing Families in Wrocław and in 1983, they placed first at the Goral Music Competition in Nowy Targ.

Władysław Trebunia was a student of and successor to the greatest masters of Polish Goral music, including Stanisław Chotarski from Kościelisko and Bronisława Konieczna-Dziadońka from Bukowina Tatrzańska (students of Bartłomiej Obrochta). Trebunia was often invited to join the best Goral bands. He played amongst others with the Klimek Bachleda band, Holny and Maśniaki. In the seventies, he performed as a musician of the Tutka brothers’ band, and in Poronin with the Regle group.

He received an artistic education from the School of Arts and the Academy of Fine Arts in Kraków. He studied at the Faculty of Painting and Artistic Fabrics, and obtained his diploma in 1968. He participated in 35 group exhibitions and 25 individual exhibitions in Poland and abroad (in Belgium, the Netherlands, France, Germany, Sweden, Spain, Russia, Canada and the USA). He practised easel, glass, and stained glass window painting, and designed fabrics and wall compositions. As an artist, he worked in the Tetmajer Goral House, the churches in Skrzypne, Wielkie Ciche, Gliczarów and Murzasichle and in the chapels in Biały Dunajec and Stasikówka, amongst others.

He started teaching Goral music while still a student. At first, he showed his younger colleagues from the Kraków student Goral bands Skalni and Hyrni how to play this style of music. After his return to the Podhale region, he taught Goral music to members of such Podhale bands as Harnasie and Białodunajcanie. However, what was most important to him was his educational work linked to Goral music (which he did in the bands Małe Podhale from Biały Dunajec and Zornica from Zakopane and at the Communal Cultural Centre in Biały Dunajec). He systematically worked as an educator until his retirement. He brought up several generations of musicians, and he is a greatly important figure to many young fiddlers.

In the 80s the Trebunia Family Band performed together with the next generation,  Władysław’s children – Krzysztof and Anna, and with Henryk’s son Stanisła – at church celebrations, youth meetings from all over Poland, weddings, baptism celebrations, funerals and even in huts and shacks. The band participated in the masses “for the fatherland” which were held in the Bystre neighbourhood of Zakopane, in Juszczyn and in Warsaw. The group performed in the Self-Parody / Autoparodia play staged at the St. I. Witkiewicz Theatre in Zakopane. They won the main award at the Highland Music Competition in Nowy Targ twice (in 1989 and 1991). In 1991 they won a Baszta award at the Polish Festival of Folk Bands and Singers in Kazimierz. The band’s success resulted in great popularity and in a collaboration with the Jamaican group the Twinkle Brothers.

In the next years many records with authentic, lively music from the Podhale region, which had been passed on from generation to generation, were released: Baciarujciez chłopcy, Zagrojcie dudzicki, Stebo, Kraków, 1993; Music of the Tatra Mountains – The Trebunia Family, Nimbus Rekord, London 1995; Saga, Folk, Zakopane, 1995; Żywot Janicka Zbójnika, Gamma, Kraków 19,91; Śpiewki i nuty, Folk, Zakopane 1994. The albums with traditional Goral music interpreted by the Trebunia Family Band contain the oldest and most beautiful melodies of the Tatra mountains. The recordings show the diversity and richness of the Goral folk and showcase the typical features of Podhale music: unique scales, rubatos, vocal and instrumental improvisations, vocal polyphony, and specific harmonies and ways of singing.

Władysław Trebunia-Tutka was a master and authority on traditional culture to Gorals  of many generations. He was a juror of Goral music competitions on many occasions. He was given the title of Honorary Member of the Gorals' Association and was honoured as a Honoris Gratia Artist. He was given the Golden Badge of Merit for Zakopane and for the Nowy Sącz Voivodeship. In 1978 he received the Award of the Minister of Art and Culture, in 1997 he was given the Stanisław Witkiewicz Award, and in 2009 he received the Gloria Artis medal of the Minister of Culture and National Heritage. 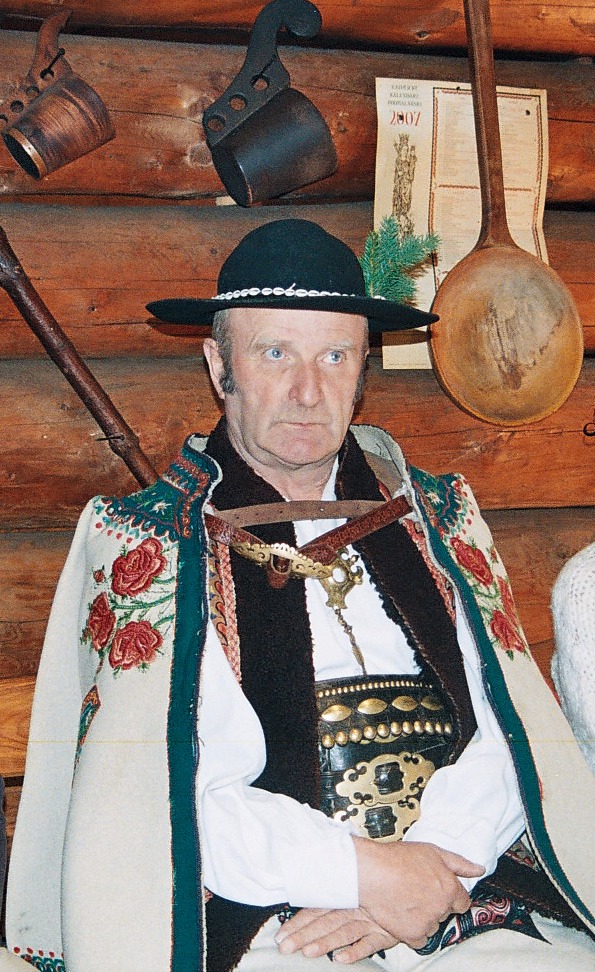