Eugeniusz Rebzda was born in Janówek in 1935, and he now lives in Łazanów in Łódź Voivodeship. He is one of the most versatile folk artists from the Łódź region – a fiddler, accordionist, dancer, and maker of folk musical instruments (drums with triangle)

Rebzda was born into a musical family – his father and uncle played the two-row button accordion, and his mother was a keen singer. He was given his first fiddle in 1945. He began his musical training under Walenty Miazek from Rokicin and Alexander Karzadka from Janków. Afterwards, he taught himself to play music by ear. From the age of 11, he performed at weddings and parties, and from the age of 14 he regularly performed at wedding ceremonies. For many years, he played music with his brother Władysław (a wedding accordionist) in a band composed of three instruments: fiddle, three-row button accordion and drum with triangle.

It was his brother who taught Rebzda to play the accordion – initially 24-bass, followed by 80-bass. However, his main instrument remained the fiddle. He has played with many accordionists, including Jan and Jerzy Rozpędka, Jerzy Socha, Henryk Płesk, Wincenty Wójciak, and Walerian Przybylski. He has also performed with an orchestra at concerts, festivals and dance parties during military service.

The artist also performed with the Folk Band in Popielawy, founded in 1972. The band collaborated with other folk ensembles such as Łucy Babki and Ludowiacy od Będkowa. Together with the band, Rebzda is actively involved in the musical life of Będków and Rokiciny municipalities, as well as in other surrounding counties in the Tomaszów region. He also plays the violin in Kapela Ludowa/ the People's Band of Alexandrów Łódzki, which also performs under the name Kapela Gajdów. In 2005 the artist gained recognition as a maker of instruments – mainly drums (specifically, the double membrane drum with triangle). He received an award for one of them at the 4th National Competition for Making Folk Musical Instruments, which took place in Szydłowiec.

However, Eugeniusz Rebzda is most successful as a solo fiddler and traditional dancer representing the Opoczno region. He received a Baszta Award in the soloists and instrumentalists category at the 41st Festival of Folk Bands and Singers in 2007, where he had previously won first prize in the same category in 2003. He takes part in folk competitions and reviews on the national, provincial, district and local levels. He has regularly received awards at the Folk Encounters of Central Poland - From Kujawiak to Oberek in Sieradz. Together with with Zofia Gajda from Alexandrów Łódzki, he won second prize in the category of dancing couple at the National Competition of Traditional Folk Dance in Rzeszów in 2005 and 2007. Recordings of Rebzda's music can be found in the phonographic collections of the Art Institute of the Polish Academy of Academy of Sciences and in the archives of the Regional Centre of  Łódź's House of Culture. 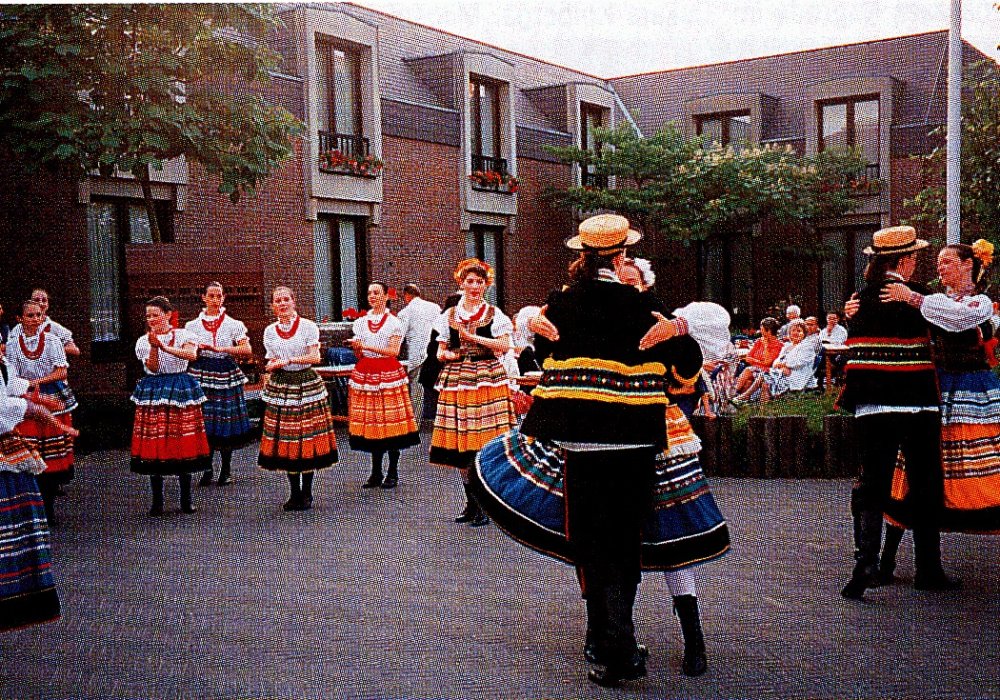