There is a special day in the calendar of events celebrated in Poznań. On 1 August each year, crowds gather in the city centre, Old Town Square, around the fountain with a characteristic figure of a girl dressed in a folk costume. Several members of this gathering wear traditional clothes, whose most characteristic feature is the girls’ headwear – a tall cornet decorated with flowers, beads and colourful ribbons. The women are called Bamberki (singular Bamberka) and the men go by the name of Bambrzy (singular Bamber). They are descendants of the immigrants who arrived in Poznań 300 years ago and were greeted by the local population with friendliness and a place to live in the neighbouring villages, deserted after the ravages of the Great Northern War. Gifted with an ethos of hard work, obstinacy and consistency, the immigrants soon started to pay off their debt by becoming conscientious and loyal citizens of their new homeland. The annual celebrations commemorate the community’s origins and presence in the daily life of the city. The event was the brainchild of the Towarzystwo Bambrów Poznańskich (Bamber Society in Poznań), which also acts as its host. The original idea was to meet by the Bamberka girl statue and celebrate the preservation of tradition, culture and societal bonds.

As an independent association, the Towarzystwo Bambrów Poznańskich was founded in 1996 with significant help from Prof. Maria Paradowska, an ethnologist, researcher and expert at the history of the Bamber settlements. From 1993, the Society was known as the Koło Bambrów Poznańskich (Bamber Club) affiliated to the Towarzystwo Miłośników Miasta Poznania (an association of people who love the city of Poznań). The Muzeum Bambrów Poznańskich (Museum of the Poznań Bambrzy) was opened in 2003 as a venue of regular museum classes, meetings and cultural events that promote the Bamber heritage. The Society’s members cultivate the traditions and memory of the original immigrants and their descendants. The eighteenth-century migrants came in several waves and settled in the villages on the outskirts of Poznań. They hailed from the area near the town of Bamberg in Franconia (a part of today’s Bavaria), hence the name Bamber and its Polish derivatives. The villages where the immigrants had settled gradually found themselves within the borders of the city of Poznań (Jeżyce, Wilda and Górczyn from 1900, and Dębiec, Bonin, Winiary and Rataje from 1925) and the town of Luboń, where the original dozen families were first settled. The date of signing a settlement contract between the municipal authorities and the immigrants is still highly symbolic for all the Bamber descendants.

Although they were economic migrants, the Franconian settlers brought with them several admirable values that were later adopted by some of the local people. In more recent history, they knew better than to kowtow to the German occupiers in the Second World War and they were not intimidated by the communist authorities after the war, when they were not allowed to form their own associations or demonstrate their own cultural identity. The three centuries of cooperation between the Bambrzy and the local population in Poznań and the surrounding villages have unified both communities to such an extent that it would now be hard to tell each other apart. Traditionally, the Bambrzy are law-abiding citizens with high moral standards, who build strong but patient relationships with their neighbours. Some of these traits have penetrated the characteristics of the inhabitants of Wielkopolska (Greater Poland) in general. The interrelationships have resulted in some fascinating social and cultural aspects of contemporary fabric of the region’s overall society.

Since 2000, the Towarzystwo Bambrów Poznańskich has been honouring their most meritorious members and supporters with the Gold Bamberka Award. Since its inception, the Society’s goal has been to maintain and nurture Polish patriotic traditions of the Poznań Bambrzy as integral members of the culture of Poznań and Wielkopolska. The organisation’s activities involve the search, conservation and protection of the existing Bamber monuments and artefacts. Maintaining close ties with museums, it undertakes initiatives aimed at exhibiting the monuments, photographs, documents and other memorabilia connected with the Bamber settlement. The organisation teaches how to collect and preserve artefacts and souvenirs relating to the eighteenth-century Bamber settlers kept in private collections and to trace the history of the Bambrzy within a wider context of the local history. Another effort that the Society makes is spreading information and knowledge about the Bamber community: its history and contribution to the city, the region and the country, since the eighteenth century until the present.

Mentioned at the beginning of this essay, Bamber Day (1 August) is the most noticeable event in the modern history of the Bamber community. It was started in the mid-1990s by the Towarzystwo Bambrów Poznańskich and has remained a fixed date in the city’s annual events calendar. Its primary objective is to commemorate the signing of the first contract between the local authorities and the immigrants from Bamberg, which took place on 1 August 1719 in the village (now the town) of Luboń. The Society’s members participate in the life of the city, every day and on special occasions. The crowds can admire their flamboyant outfits when they parade down the streets of Poznań on Saint Martin’s Day, 11 November or walk in solemn processions at Corpus Christi. On these days, the Bambrzy are decked out in their finery. They have worn the same type of clothes, in Poznań and the villages they have populated, in the last three hundred years.

The Society is trying to promote the use of the traditional outfits on public and church holidays. The costume was designed in the eighteenth century and was further elaborated in the following century. It has a mixture of Franconian, Lusatian, Lubusz Land and Greater Polish elements, in addition to the Biedermeier influences. When the Bamber villages were being incorporated into the city and the people were being increasingly integrated, the Bamber costume began to lose its significance and become obsolete. Since the mid-twentieth century, it has only been worn on the annual feasts of the Catholic Church. The ceremonial Bamber costume originally contained several dozen elements. It was stored in a dedicated chest.

The Towarzystwo Bambrów Poznańskich works in close collaboration with such institutions as the Department of Culture in the Poznań City Hall, the Foundation for the Development of the City of Poznań, the Ethnographic Museum (branch of the National Museum in Poznań), the Local Tourist Organisation (Poznańska Lokalna Organizacja Turystyczna, PLOT) in Poznań, the Institute of Archaeology and Ethnology at the Polish Academy of Sciences and the Institute of Ethnology and Cultural Anthropology at the Adam Mickiewicz University in Poznań. In 2009, the Society was honoured with the European Citizens’ Prize awarded by the European Parliament to projects and initiatives that contribute to European cooperation and the promotion of common values. Meanwhile, their efforts to preserve tradition and promote the multi-cultural aspects of the city were acknowledged in 2018 by the Minister of Culture and National Heritage, who added ‘Cultural Traditions of the Bamber Community’ to the National List of Non-Pecuniary Phenomena of Cultural Heritage.

In 2019, the Towarzystwo Bambrów Poznańskich will serve as the chief organiser of the August 1st celebrations commemorating the 300th anniversary of the Bamberg migrants’ arrival in Poland. It marks an unprecedented phenomenon of successful migration and assimilation of an altogether foreign community in a new territory amongst the native population that have lived there for centuries. As a way of showing respect for the Bamber culture and tradition, the Poznań City Council officially named 2019 the Poznań Bamber Year (Resolution No V/44/VIII/2/2019 of 8 January 2019) in a statement which reads as follows: „The history of the Poznań Bambrzy, of which they are justifiably proud, proves that friendly cooperation between nations is not only possible but can also be highly successful. Three hundred years of cooperation between the Bambrzy and the native population of Poznań and the neighbouring villages have been mutually beneficial. The 300th anniversary of signing the settlement contract between the Poznań authorities and the first group of migrants from Bamberg, as well as the subsequent Bamber contribution to the region, is a perfect opportunity to announce the Bamber Year 2019”.

Almost three centuries of shared history and experiences have unified diverse cultures and customs. There are no Bambrzy without Poznań and no Poznań without the Bambrzy. The Bambrzy and Bamberki are solid, hard-working, punctual and reliable people. Being a Bamber or a Bamberka is meaningful, important, exceptional and unique; it is something to be proud of. The Bamber community constitutes an indelible element of contemporary Poznań’s cultural landscape. 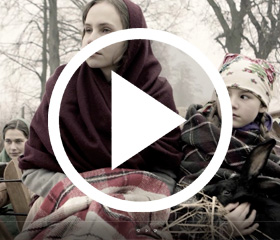 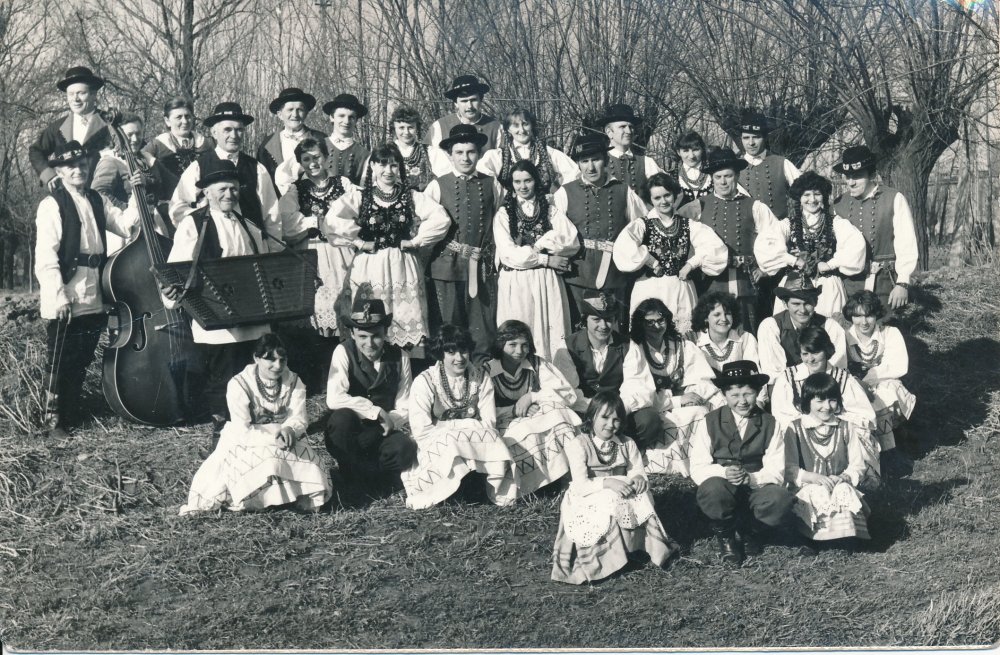