Andrzej Haniaczyk is a vocalist, dancer, and popularizer of the Goral music from Zakopane  who also makes pastoral instruments.

He was born in 1925 in Jurgów in the Spisz region, on the border of Poland and Slovakia. His father was a farmer, and his mother came from the well-known Pluciński family and worked as a teacher. He graduated from primary school in his native village in 1939. During the German occupation, he worked on the farm in Jurgów whilst attending the local school of sculpture at the same time. In 1946, he graduated from the Timber Industry Vocational School in Zakopane. For a year, he attended the Steel High School in Kraków and completed a course in pedagogy under the renowned ethnographer and folk scholar Marian Gotkiewicz. In 1948, he was sent to the highland village Maruszyna Górna in the municipality of Szaflary, where he organized a school. Initially, he worked in the institution on his own, but after a year he was joined by Anna Kays, his future wife. In 1952, the young teachers moved to Jabłonki in the Orava region, where Andrzej became director of the local school.

His interest in folklore began in Jurgów. As an elementary school student he participated in the Festival of Songs in Łapsze Niższe and in Nowy Targ. In that period, the regional movement was led by Jan Pluciński, a folk enthusiast, researcher and teacher in Łapsze Wyżnie, It was him who kindled an interest in folk culture in young Haniaczyk and, above all, a love of Goral notes. During this time Andrzej Haniaczyk played the trumpet in a local brass band.

In Maruszyn, where he took his first teaching job, he regularly attended rural parties in order to familiarize himself with Goral music and dancing. He founded a singing group, and taught girls to sing church songs. Every Saturday after school he gathered a committee of parents during which everybody danced and sung to music played by the Kosianów band. While staying in Orava region, he befriended regionalist Andrzej Pilch and his sister Maria. He performed in a band led by Maria, and in 1953 he founded a children's folk school band, which gave rise to the band Małe Podhale / Small Podhale (well-known today in Poland and abroad).

Together with his wife, he travelled across Orava’s villages in order to learn forgotten melodies and dance steps from older people, and hoping to discover old instruments.

For a period of fifty years, Andrzej Haniaczyk held the position of artistic director of Małe Podhale, which brought together regional children bands from Jabłonki in Orava, Krościenko in Pieniny, Jurgów in Spiš, and Chochołów, Kościelisko and Dunajec Biała in Podhale. During a half-century of activity they performed about 1,650 times at festivals at home and abroad. The band played a special role as an institution integrating folklore enthusiasts in the Tatra region, bringing together hundreds of young singers and dancers and their families. Haniaczyk brought up many famous regional culture organizers and entertainers who successfully promote it in the country and abroad. He preserved the old “Goral note”, songs and dances for future generations.

In addition to his activities in folk bands, Haniaczyk is also known as an acclaimed musician in his family band (in which he performs with his son Jan, daughter Barbara, and his grandchildren). He plays the fiddle and pastoral instruments (horns and trembit – a folk trumpet), which he makes with his own hands. He often gives them to other musicians in Orava and Podhale, or donates them to museums or private collections. He played the trembit at the opening of the International Festival of Goral Folklore in Zakopane. He has participated in the most important folk festivals in Kazimierz, Żywiec, Zakopane, and Bukowina Tatrzańska. His artistic activity has been documented in the archives of Polish Radio and Television and in numerous regional and national publications. In 2013, he received the Roman Reinfuss Award for outstanding achievement in the field of preserving the local cultural identity of the Lesser Poland region. 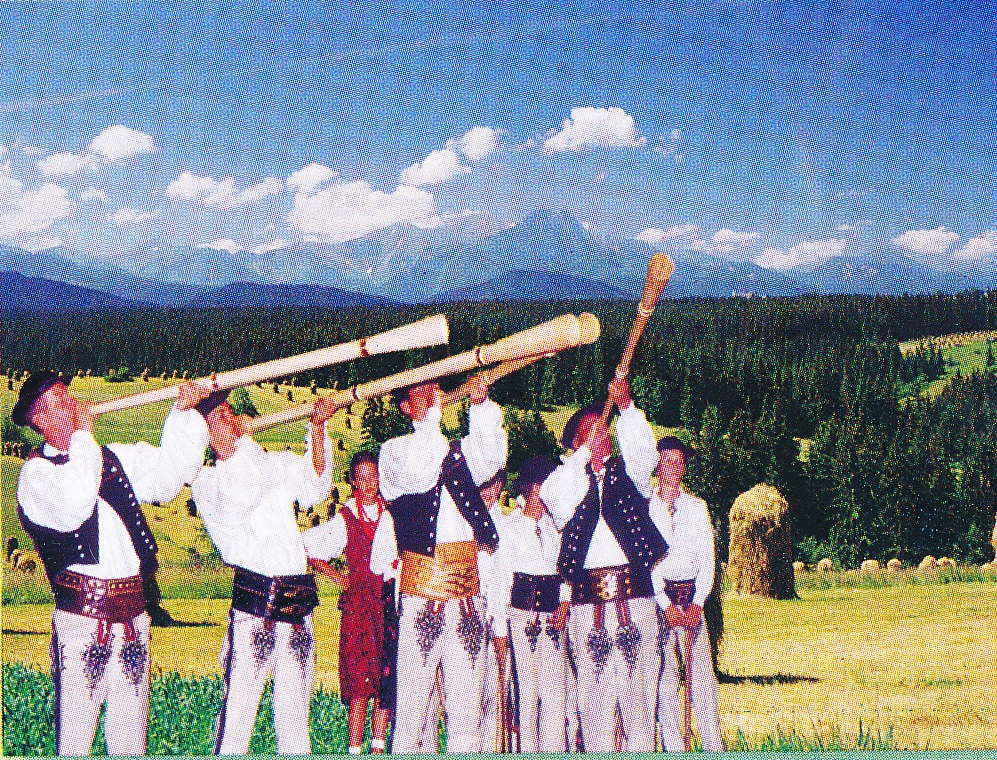 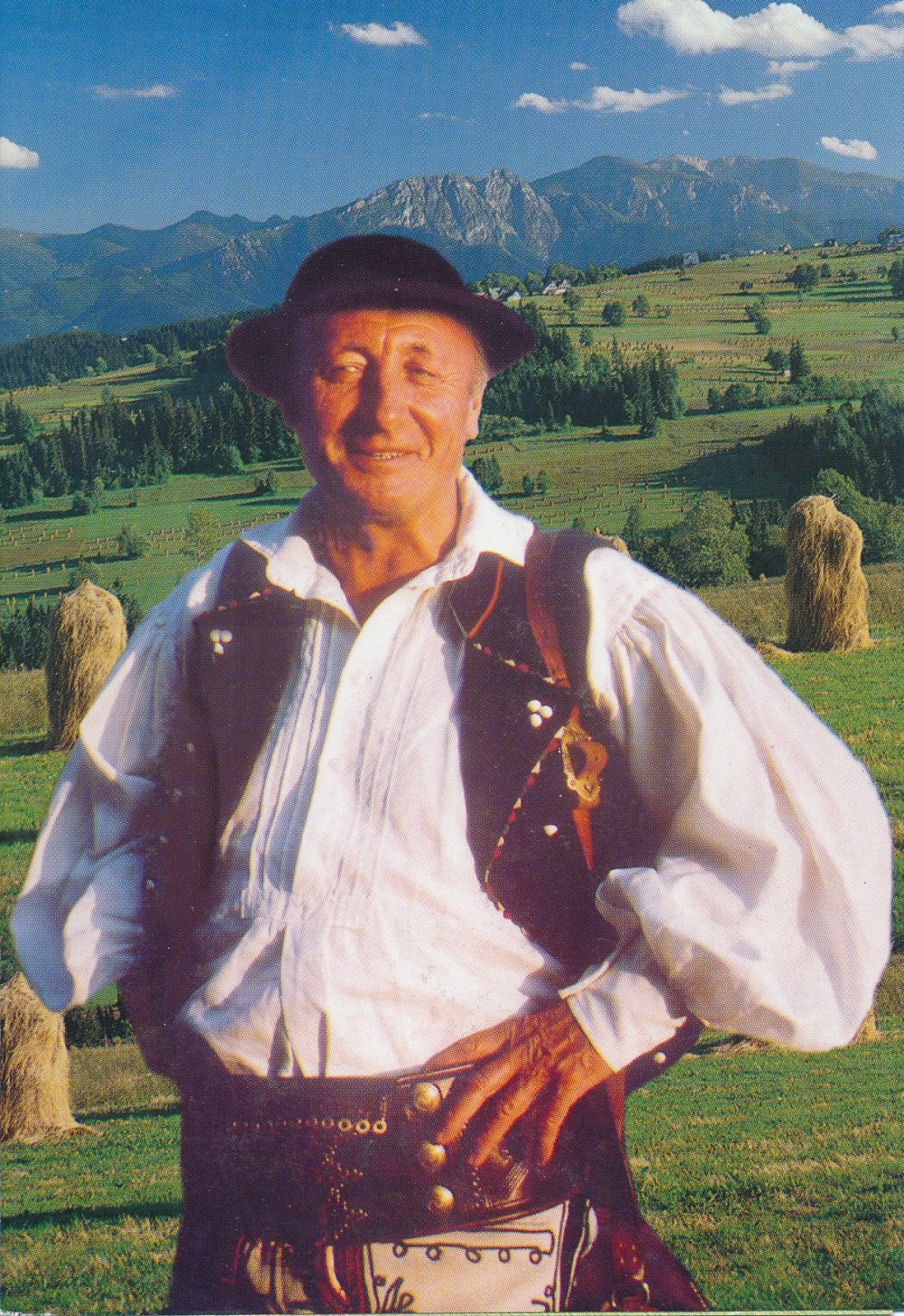 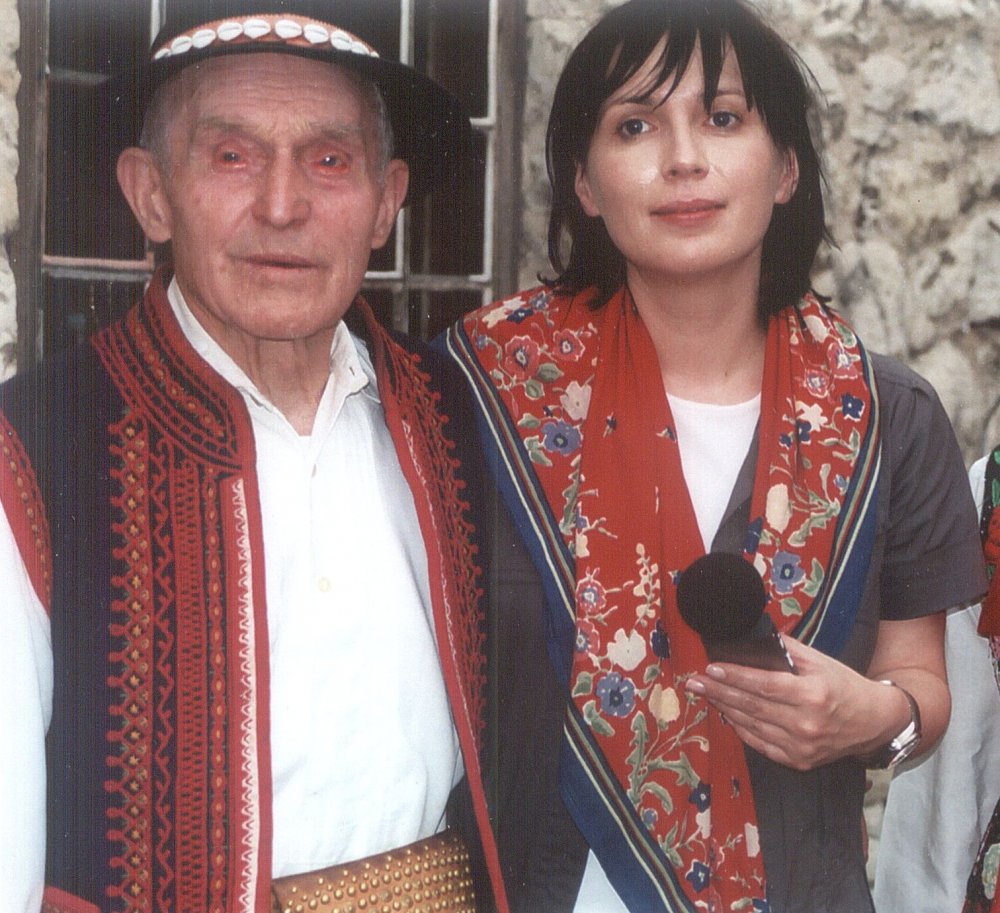