The Łódź Culture Centre (ŁDK) is one of the oldest culture institutions in the Łódź Province.  Founded in 1953, it has always been working to preserve and promote folk culture, supporting its manifestations, and activating folk artists. However, its was only in 1981, when the Folk Culture Unit was established within the centre, that the institution undertook this agenda on a wider scale. The name of the unit was later changed to the "Regional Centre", and presently it is called the "Cultural Heritage and Regional Folklore Unit".

The administrative reform introduced in Poland in 1999 resulted in the Łódź Province expanding to include new regions of a rich and versatile ethnography background. Currently, it covers the areas of: Łowicz, Łęczyca, Rawa Mazowiecka, Opoczno, Sieradz, Wieluń, Kutno, Piotrków Trybunalski, and Radomsko.

The ŁDK has been providing its expertise both to individual artists and folk ensembles. The most popular arts and crafts are: sculpture, embroidery, paper crafts, and manufacture of ritual objects. Less common are: painting, basket weaving, and pottery. As for music and dance, the region may boast instrumental, vocal, vocal and dance ensembles, theatre companies, as well as individual instrumentalists, singers, and storytellers.

The centre works to stimulate, cultivate, popularise, and support initiatives aiming to preserve folk culture. A lot of effort is invested into education, mainly of young people. Among the projects carried out to this end are provincial folk crafts workshops, held since 1983, and the educational series Meetings with Tradition. The ŁDK also publishes specialist publications devoted to the heritage of  the territories making up the Łódź Province, as well as holding exhibitions, workshops, fairs, festivals, artists' retreats, competitions, meetings, and talks. The centre collaborates in this respect with culture institutions, local authorities, NGOs, and authors associations, e.g. the Folk Artists' Association and the Polish Ethnological Society. In association with the Sieradz District Museum among other institutions, the ŁDK organises Central Poland's Folk Meetings "From kujawiak to oberek: authenticity and inspirations".

The ŁDK publishes reports of its projects and most initiatives devoted to folk art. Notable examples are: Pejzaż Wszystkich Świętych (All Saints Landscape) by Piotr Wypych and Andrzej Białkowski (Łódź 2012), W cieniu zamkowej wieży. Rzeźba łęczycka (In the Shadow of the Castle Tower. Sculpture form Łęczyca; Łódź 2010), Pędzlem i dłutem. Artyści ludowi i nieprofesjonalni powiatu radomszczańskiego (The Men Behind the Brush and Chisel. Folk and Amateur Artists of the Radomsko District; Łódź 2010), Rzeźba z Kutna rodem (Sculpture Born in Kutno; Łódź 2008), Antoni Baran. Rzeźbiarz z Opoczna (Antoni Baran. Sculptor from Opoczno; Łódź 2007). The centre also releases publications inspired by its work in the filed of music folklore: Among these are the two-disc album Tradycje muzyczne Polski środkowej (Music Traditions of Central Poland) containing performances of music ensembles, violinists, and singers recorded in 2003-2007 in the Łódź Province that are in the possession of the ŁDK (recorded, selected, and prepared for release by Ewa Sławińska-Dahlig) and two anthologies of folk song Pieśni radomszczańskie (The Songs of Radomsko), prepared by Marek Koper, edited by Piotr Dahlig (Łódź 2014) and Pieśni rawskie (The Songs of Rawa), prepared by Danuta Dębska, edited by E. Sławińska-Dahlig (Łódź 2010).

One of the responsibilities of the Cultural Heritage and Regional Folklore Unit is also to promote the most valuable manifestations of folk culture, in particular authentic folk culture, and its creators both in Poland and abroad. To this end, the unit has organised exhibitions of folk art in Lisieux and La Salette, France, as well as a showcase as part of the international festival of naive art Art Naif in Katowice, Poland. Thanks to the collaboration of the ŁDKwith Polish Radio's Centre of Folk Art, folk musicians of the Łódź Province have performed at the Witold Lutosławki Concert Studio as part of the concert "Music of the Origins. Opoczno Area (2009) and numerous programmes aired on Polish Radio 2. The ŁDK makes sure that representatives of the Łódź Province are present at national folk art fairs, the Polish National Festival of Folk Bands and Singers in Kazimierz Dolny, and other folk festivals across Poland. Apart from assisting the artists with its expertise, the centre helps provides them with organisational support to make their participation possible. Thanks to these efforts, many unknown or forgotten artists have gained recognition, their skills praised and performances documented. Without such support, a great part of the region's unique cultural heritage – both tangible (folk artefacts) and intangible (music and dance) – would fall into oblivion.

The Łódź Culture Centre has also managed to successfully reach out to young artists of different disciplines.  A few music ensembles that reconstruct folk music have recently started to draw inspiration from traditional music of the Łódź region, with Gęsty Kożuch Kurzu of Łódź, DiaBuBu of Łódź, and Piotr Kaznowski's Raducz band from Warsaw now performing the repertoire of the Łowicz-based accordion player Sławomir Czekalski and violinists: Stanisław Klejnas of Raducz, Tadeusz Kubiak of Leśmierz, Czesław Skrzydłowski of Pabianice. Traditional music has also inspired jazz bands (Wojtczak/NyConnection's album "Folk Five" drawing on the music of the Łęczyca-based violinist Tadeusz Kubiak). 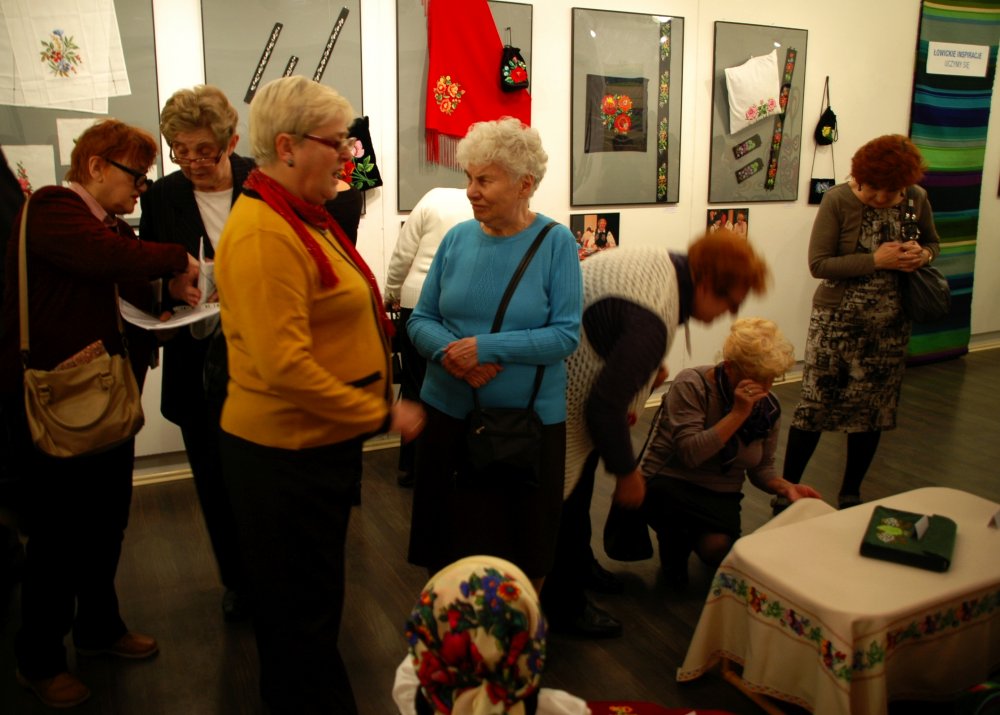 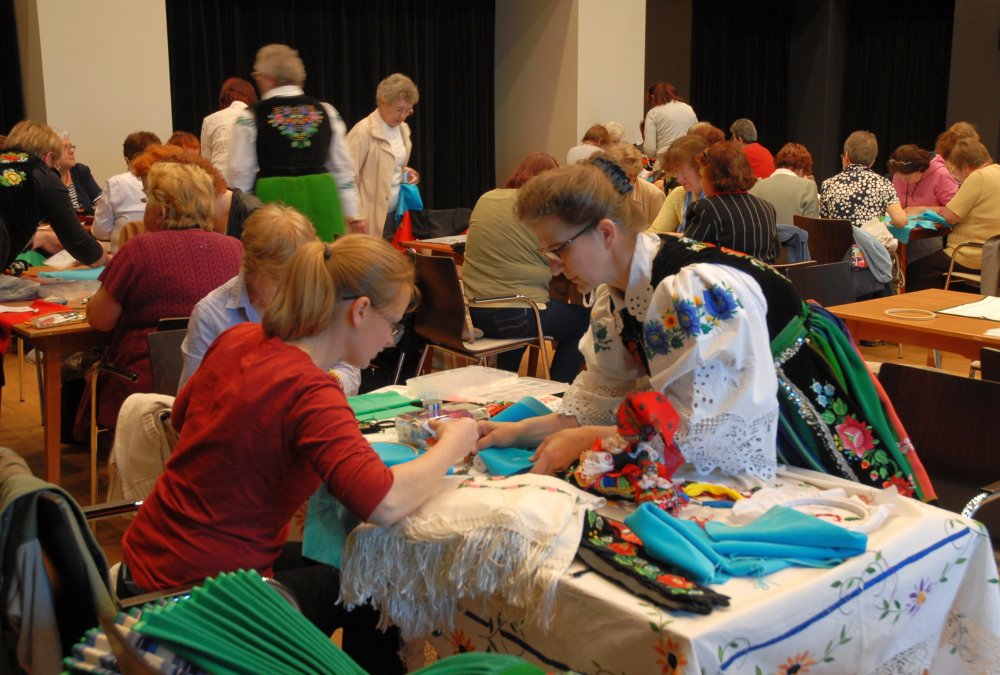 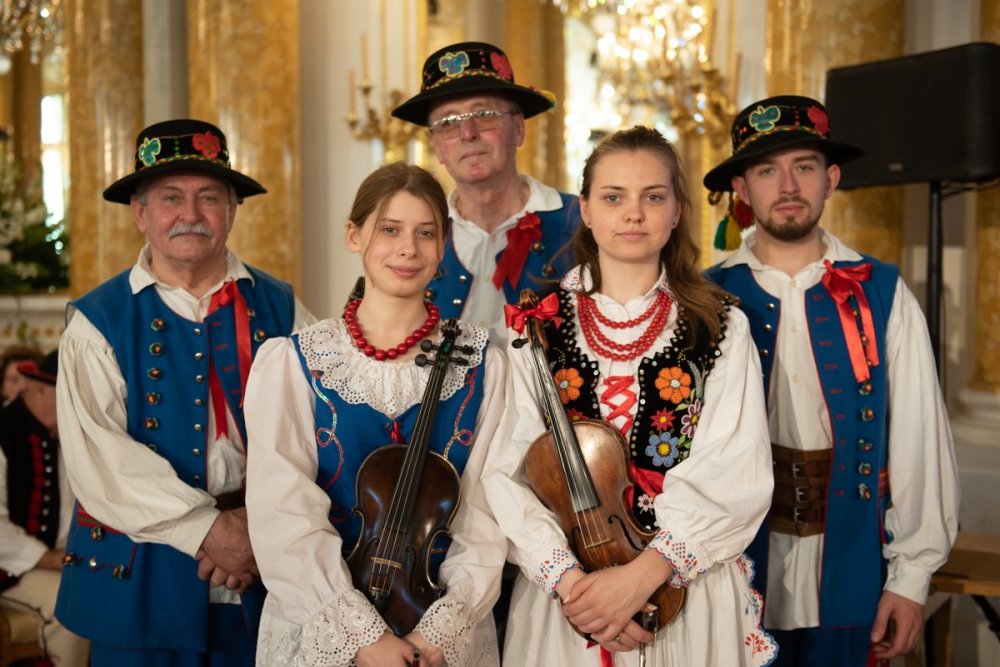