The Regle Regional Ensemble was established in 1974 on the initiative of Tadeusz Galica, the then head of the local commune. It was affiliated with the Communal Culture Centre in Poronin and led by Jan Jędrol. Most of the ensemble's 24 members were the grandsons of Stanisław Budza-Mróz – the most famous Podhale bagpiper of the 1920s and 1930s, and a stylish baca, or head shepherd, of the Mała Łąka pasture) – and consequently voted to name the ensemble after their ancestor.

The ensemble would often perform for tourists coming down to Poronin for their summer and winter holidays. In the off season, they took to the stage during the many festivities taking place in their commune, regional bands festivals and competitions, and all the posdiady, or social gatherings, held by the Highlanders Union (Związek Podhalan), which supported the ensemble's development in 1974-1981. After almost twenty years of inactivity, the ensemble was reactivated in 2001 as the Jan Jędrol Regale Regional Ensemble. Today it brings together around 200 members, divided into four age groups: children, young people, adults, and seniors. The ensemble's core are musicians hailing from established Poronin families. What is extraordinary about the ensemble is the fact that it integrates many generations of performers, which allows for the its repertoire of songs and dances to be naturally passed on by the older members to the younger ones. The ensemble performs together with a traditional instrumental ensemble.

The ensemble's most significant achievements are: having performed the highland opera "Naski Świat" by Franciszek Łojas-Kośla, directed by Stanisława Trebunia-Staszel, PhD and Maciej Czernik; having staged the sow "Regle dla Błogosławionego Ojca Świętego Jana Pawła II" (Highlanders for the Blessed John Paul II) based on the text "Jesteś z nami" (You Are With Us) by Maria Stoch, directed by Andrzej Stoch; and albums "Boże Narodzenie na Podhalu" (Christmas in Podhale), "Hej, Poronin, Poronin" (Hey, Poronin, Poronin), and "Posiady Poroniańskich Regli" (Posiady of Regle from Poronin) marking the ensemble's 40th anniversary of inception.

Regle have been actively cultivating the rich traditions of Podhale, promoting their village at home and abroad through through their fidelity and loyalty to local heritage. The ensemble's members are involved in the region's cultural life, take part in the many folklore events being held in the commune of Poronin and the Tatrzański district, including: Poroniańskie Lato (Summer in Poronin), Poroniańskie Śpasy (Pronin Party), Święto Misia i Bartników (The Bear and Beekeeper Festival), Majówka Tatrzańska (May Day in the Tatras), Tatrzańskie Wici(Tatra Call to Arms). The ensemble has also performed abroad in: Lithuania, Turkey, Hungary, Bosnia and Hercegovina, Slovakia, Czech Republic, Spain, Italy, Greece, Bulgaria, Latvia, and Canada.

Among the awards it won, the ensemble may especially boast: Bronze, Silver, and Golden Serce Żywieckie (Żywiec Heart) received at the Polish Highlanders Festival in Żywiec (2003, 2006, 2013), Silver and Golden Ciupaga (Highlander Axe) from the International Folklore Festival of Mountainous Regions in Zakopane (2003, 2013), Grand Prix of the Polanica Zdrój International Festiwal(2013), first prize at the Tischner Competition in Kraków (2013), award of the Tatrzański District Executive (2010), award of the Central Board of the Highlanders Union for services to the union (2009), Marka Tatrzańska (Tatra Brand) in the "Culture Creators and Activists" category (2013), Grand Prix of the 1st Podhale Festival of Carolling Groups – Betlejemska Zornica (2014), and Golden Kierpce awarded to Little Regle at the 6th Tatra Festival of Children's Regional Bands (2015).

Regle run a memorabilia room in Poronin (Wańkówka) where they hold chronicles, objects with historical significance, props once used in their shows, and their many awards. 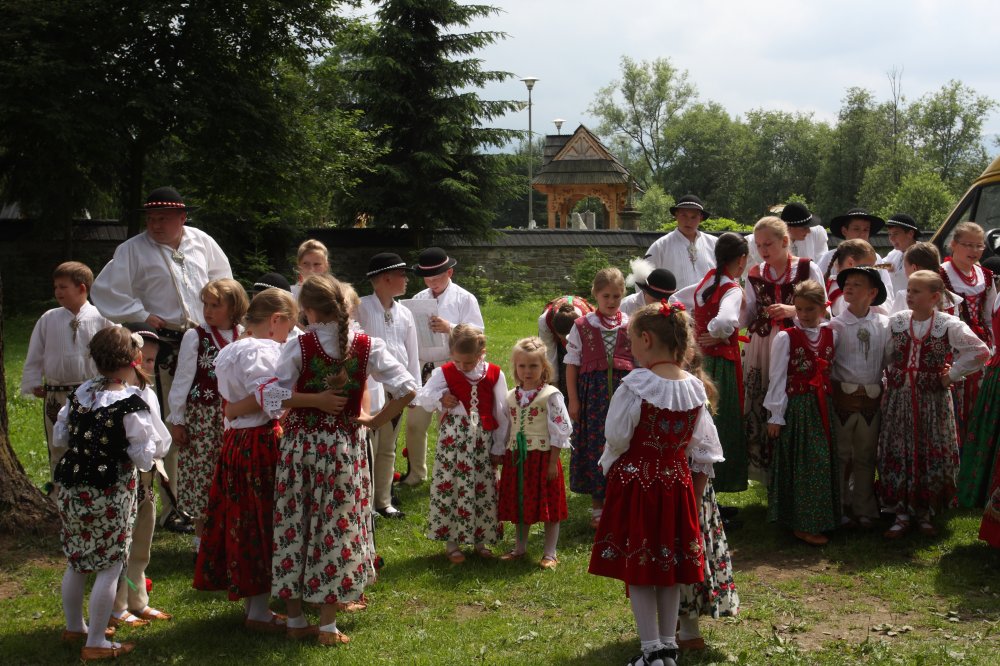 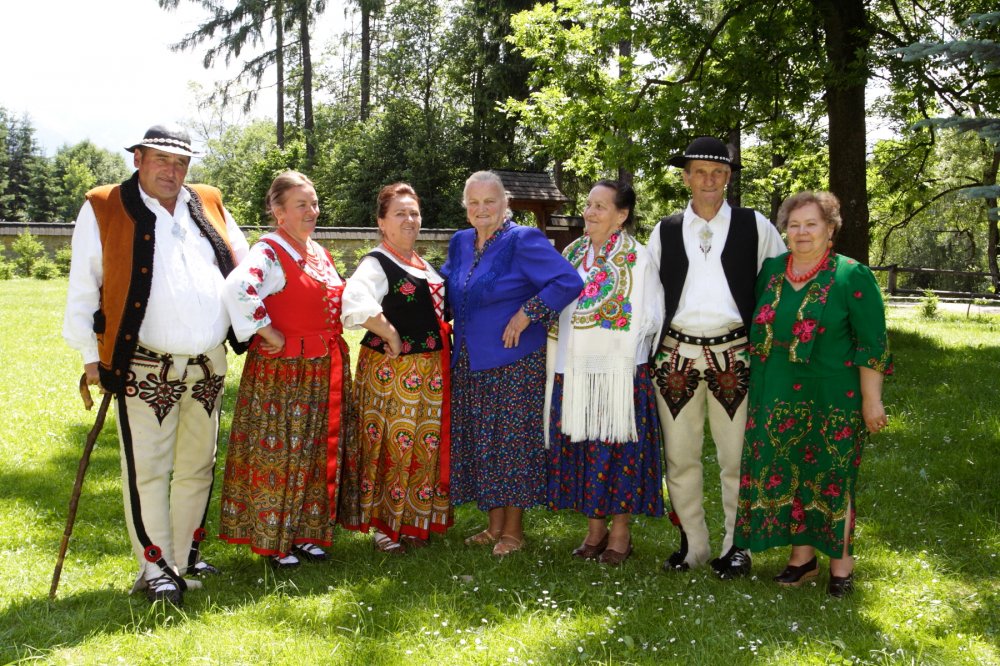 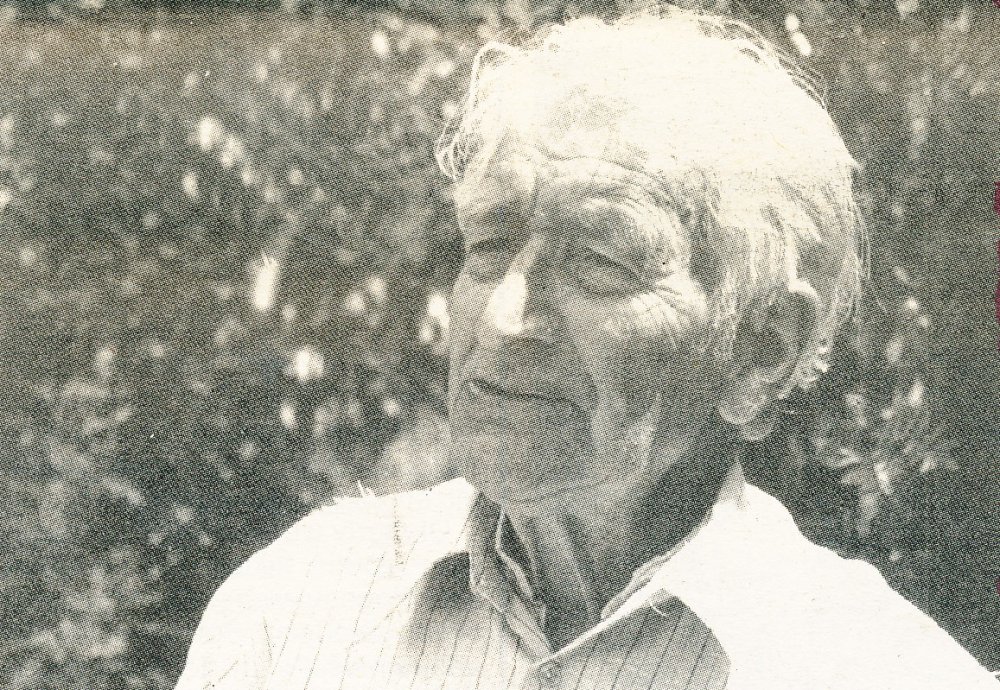