She is one of the best contemporary folk singers. She is an acclaimed soloist, leader of the Gołcunecki ensemble, excellent folk dancer, bearer and promoter of music traditions characteristic for south Mazowsze (Mazovia), where the influences Opoczno and Radom folk meet.

She was born in the village of Gałki Rusinowskie in 1959, where she spent her childhood, school years, started a family, raised four children, worked with her husband on their farm to earn her living.

Gałki and the surrounding villages are famed for their rich singing traditions (religious and ritual songs), mazurka-style instrumental music (performed on violins, Polish accordions, and basses), as well as excellent dancers. The areas has retained its old customs, dialect, and repertory of sacred and ritual songs (sang in church, during May celebrations, parties, weddings, or vigils for the deceased) relatively long. Despite the passage of time, the region's folk singing and music-making practices have survived, despite being long forgotten elsewhere in Poland.

Maria Siwiec was getting accustomed to traditional songs of the area from her early childhood, listening to her older sisters, three immensely talented singers: Krystyna, Józef, and Helena. However, she was particularly influenced by her grandmother Antonina Osińska and father Czesław Kietliński, locally acclaimed wedding singers, thanks to whose word-of-mouth transmission she developed her rich repertoire. Already as a young girl, Maria was considered a top singer: endowed with an extraordinary musical talent and sensitivity as well as a beautiful voice, she was often invited to sing at weddings. She would herself write lyrics for songs, occasional ditties, and popular tunes. She sang at a range of weddings, country festivities, and church fairs in Skrzyńsk, Sady, and Rusinów alongside the best instrumentalists and bands (Bogusz of Domaszno, Józef Zaraś of Nieznamierowice,  Piotr Gaca, Jan Gaca, Józef Porczek, Jan Kmita).

In 1977 Maria Siwiec joined the Zakukała Kukułecka ensemble operating in Gałki (which won the third prize at the Festival of Folk Bands and Singers in Kazimierz Dolny, Poland in 1983 and the first prize in 2000; in 2004 it was presented with the Oskar Kolberg Award). Since 2012, she has been leading a newly established ensemble Gołcunecki, made up of excellent female singers: Zofia Bykowska, Jadwiga Dziedzic, Zofia Kucharczyk, Maria Oracz, and Maria Pęzik. The ensemble performs together with ensembles consisting in leading instrumentalists hailing from neighbouring villages. Gołcunecki were presented with Baszta, the grand prix of the Kazimierz folk festival, in 2013, and the first prize of the Mazovia Folklore Festival held as part of the 55th edition of the Kolberg Days in Przysucha in 2014. Together with her singers, Ms Siwiec twice won the first prize at the Traditional Folk Dance Competition in Rzeszów (1992, 2012), as well as the contest's grand prix – Taneczny Krąg – in 1996. In 2014 she was presented with Złote Basy, an individual award, in Maciejowice, Poland.

Characteristically, her repertoire is extremely wide-ranging (songs sang to celebrate family events, customs and rites of the agricultural and liturgical year, ballades, lullabies, improvised songs and tunes). She also possesses a unique voice and performing style, natural emission, archaic scales and rhythmic divisions. The songs she performs, naturally set to the accompaniment of the violin and drum, are strongly connected with instrumental music characteristic for the area located north of Przysucha, known as the Kajocki micro-region, whose typical features are trance-like quality as well as preference for improvising, archaic musicality, and local dialect.

Maria Siwiec is a straight-forward, heart-warmingly kind person with a distinct ability to render folk songs, melodies, and dances in a traditional manner. For many years, she has been leading traditional singing and dancing workshops together with the other Gołcunecki singers as well as individual instrumentalists and whole bands from the area of Przysucha. She has been teaching subsequent generations of folk music aficionados arriving at her home in Gałki from across Poland and from abroad. In 2014, she was awarded a Minister of Culture and National Heritage grant as part of which she conducted, together with her student Mariza Nawrocka, very popular traditional singing workshops in Warsaw, Radom, Toruń, Kraków, and Gałki. 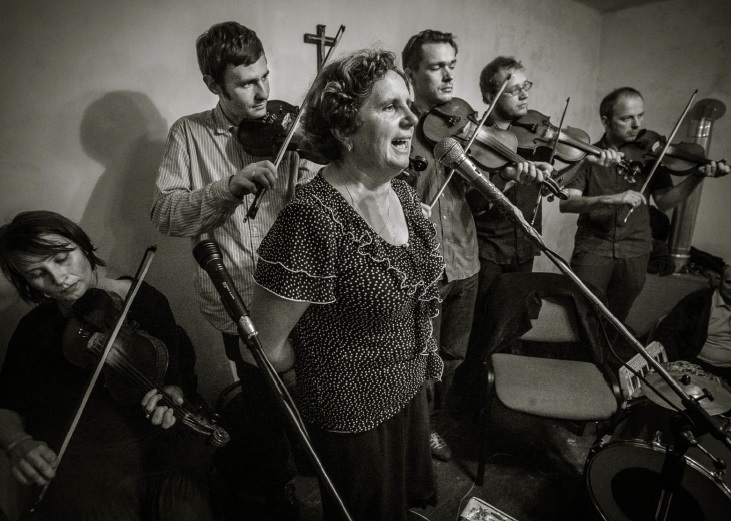 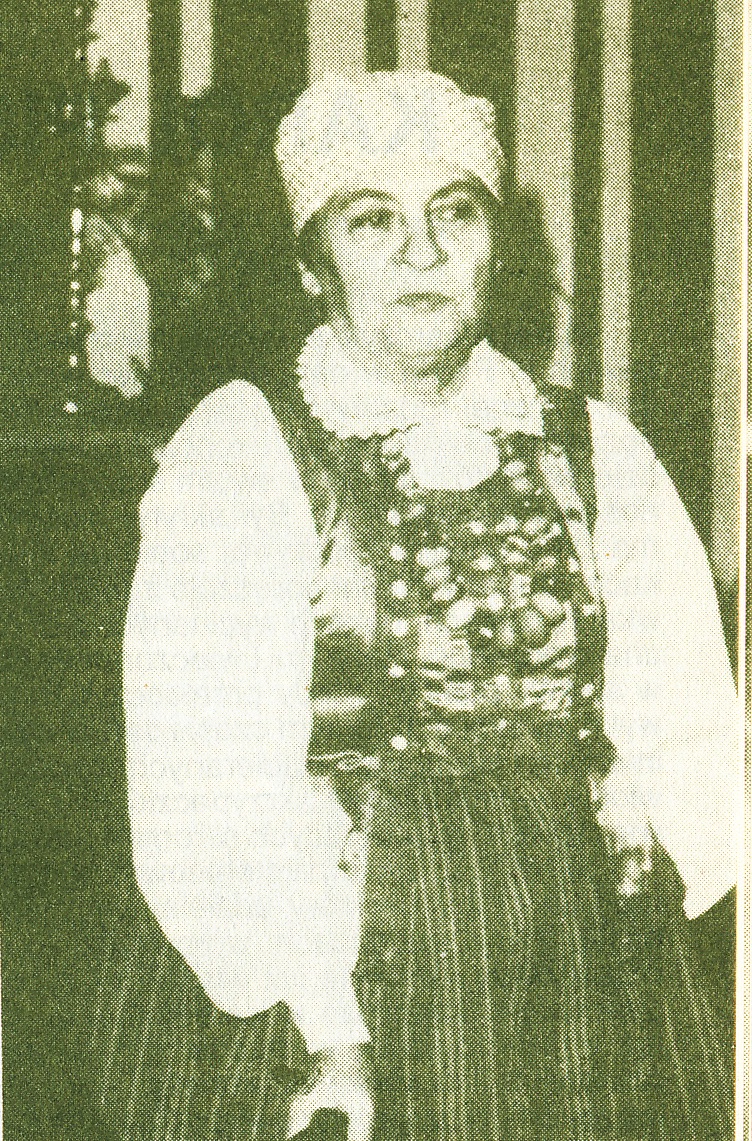