Małgorzata Kiereś was born in 1956 in Istebna where she lives until present day. She graduated in ethnography from the Jagiellonian University in Cracow. Since 1980 she has worked in the Andrzej Podżorski Beskid Museum in Wisła, a branch of the Museum of Cieszyn Silesia, and has been its head since 1997. She is a steadfast and insightful researcher and promoter of the cultural heritage of Cieszyn Silesia region. As a highlander from Istebna, she has excellent knowledge of highlander language and culture with which she grew up. At the same time, she is able to view the heritage of this land through the eyes of a researcher, an ethnographer equipped with extensive research tools, great knowledge, passion, and respect for history and tradition.

The results of her long-time exploration of annual celebrations, folk costumes, religious traditions, construction, crafts, shepherding, folk art, and history and culture of Czadca highlanders can be found in numerous academic and science-promoting publications, such as: Strój ludowy górali wiślańskich (Folk Costumes of Wisła Highlanders, 2000), Strój ludowy górali Istebnej, Jaworzynki, Koniakowa (Folk Costumes of Istebna, Jaworzynka, Koniaków Highlanders, 2005), Doroczna obrzędowość w społecznościach zróżnicowanych religijnie na pograniczu polsko-czesko-słowackim (Annual Ceremonies in Religiously Diversified Communities in Polish-Czech-Slovak Borderland, 2007). She also presents the results of her research at academic conferences and folklore sessions, during lectures and museum classes, and uses them for developing museum exhibitions. She is an expert and a treasure of knowledge about Silesian highlander culture and traditions. Her publications are an excellent source of information for researchers and fans of Beskidy region traditions. She is also the editor of a publishing series devoted to folk costumes of the Carpathian Mountains – an educational and research project realised since 2007 by the Golec Brothers Foundation. Within this series, she has authored Stroj górali śląskich (Silesian Highlander Costumes, 2008) and co-authored Strój cieszyński (Cieszyn Costumes, 2014), an important source of knowledge for researchers and animators.

As the head of the Beskid Museum in Wisła, she is greatly committed to protecting and promoting the heritage of Silesian highlanders. She has realised the Wooden Building Enclave project at the museum, which included the construction of a blacksmith’s shop, a debt collector’s house and a shepherd hut, and the reconstruction of a former school. This is a place where live lessons in tradition are held. As the author of exhibitions on folk art, everyday life and annual celebrations in the Silesian Beskid region, and of museum classes in regional education for children and youth, she preserves the ancestors’ heritage and transfers it to the young generations. She raises their awareness of the beauty of family home, teaches respect for tradition, and explains the meaning of heritage to our identity. Working with young people is an important part of Małgorzata Kiereś’s activity. For several years, she was a lecturer at the Silesian University in Cieszyn. She shared her knowledge and research experience with her students, instilling in them a passion for ethnography.

Małgorzata Kiereś also runs workshops and seminars and is a consultant for folk ensembles, helping them develop stage presentations, choose repertoire, create costumes and perform dances. In short, she strives to ensure the preservation of highlander culture, tradition, music, songs and language. She is a judge at many local dialect competitions and prestigious folklore festivals, such as the Festival of Polish Highlander Folklore in Żywiec, the Żywieckie Gody Festival of Carol and Ceremonial Ensembles, the International Festival of Highland Folklore in Zakopane, the Carpathian Festival of Children’s Regional Ensembles in Rabka, the Provincial Festival of Children’s Folklore Ensembles in Wisła, and the Festival of Rural Artistic Groups in Brenna. She is an excellent host of festivals and presentations, impressing the audience with her communication skills, beautiful highlander dialect and folk costume. She always talks about her highlander heritage with pride and respect. Such a heritage obliges, and she performs her role perfectly.

Małgorzata Kiereś is the promoter of the most beautiful and valuable qualities of Beskidy folk culture. She regularly collaborates with the local radio station Anioł Beskidów, Polish Radio One and Radio Katowice. She is the author of a series of radio programmes promoting the annual celebration customs of the Silesian Beskid region, a consultant for dozens of film footages promoting the history and culture of Silesian highlanders realised by Polish Television 3 Katowice, and has written entries for a local dialect dictionary. She has co-authored a presentation of Silesian Beskid highlander folklore included in Past Times in Europe, a programme presented in London, Birmingham, Glasgow and Edinburgh. She has co-written scripts and co-organised concerts in the series Pieśń ziemi ojczystej (Song of the Homeland), presented in the National Philharmonic in Warsaw – Od źródeł Wisły (From the Sources of the Vistula, 1993), and Karpacka epopeja (Carpathian Epic, 1996).

Małgorzata Kiereś is a member of the Polish Museum Staff Association and the Polish Ethnological Society. She is a member of the Programme Council of the Regional Culture Centre in Bielsko-Biała, collaborates with foreign research centres, and maintains close contacts with the Polish Cultural and Educational Association in Zaolzie region in the Czech Republic. She has received many prizes and awards of distinction, for example, the Award for Promotion of Culture from the Minister of Culture and National Heritage (1999), and the Karol Miarka Award from the Silesian Province Governor for promotion of culture (2008). She won the title of Vice-Silesian of the Year in 1998 and of the Highland Personality in 2013. In 2003, she received the Fr. Leopold Szersznik Award, the highest distinction awarded by the local government of Cieszyn county, for her overall merit to promotion, research, presentation and publishing activity devoted to the culture of Silesian Beskid highlanders. She also received an award For Merit to Silesian Highlander Culture, and Juliusz Ligoń Silesian Award for significant contribution to the development of social, cultural, artistic and academic life in Silesia.

“I keep filling the moment of existence I was given with my passion. I am lucky. It is my work”, says Kiereś, who is committed with her whole heart to the Silesian highlanders, to their tradition and culture which are still alive in many respects and constitute a treasure of values, authorities and unique qualities. 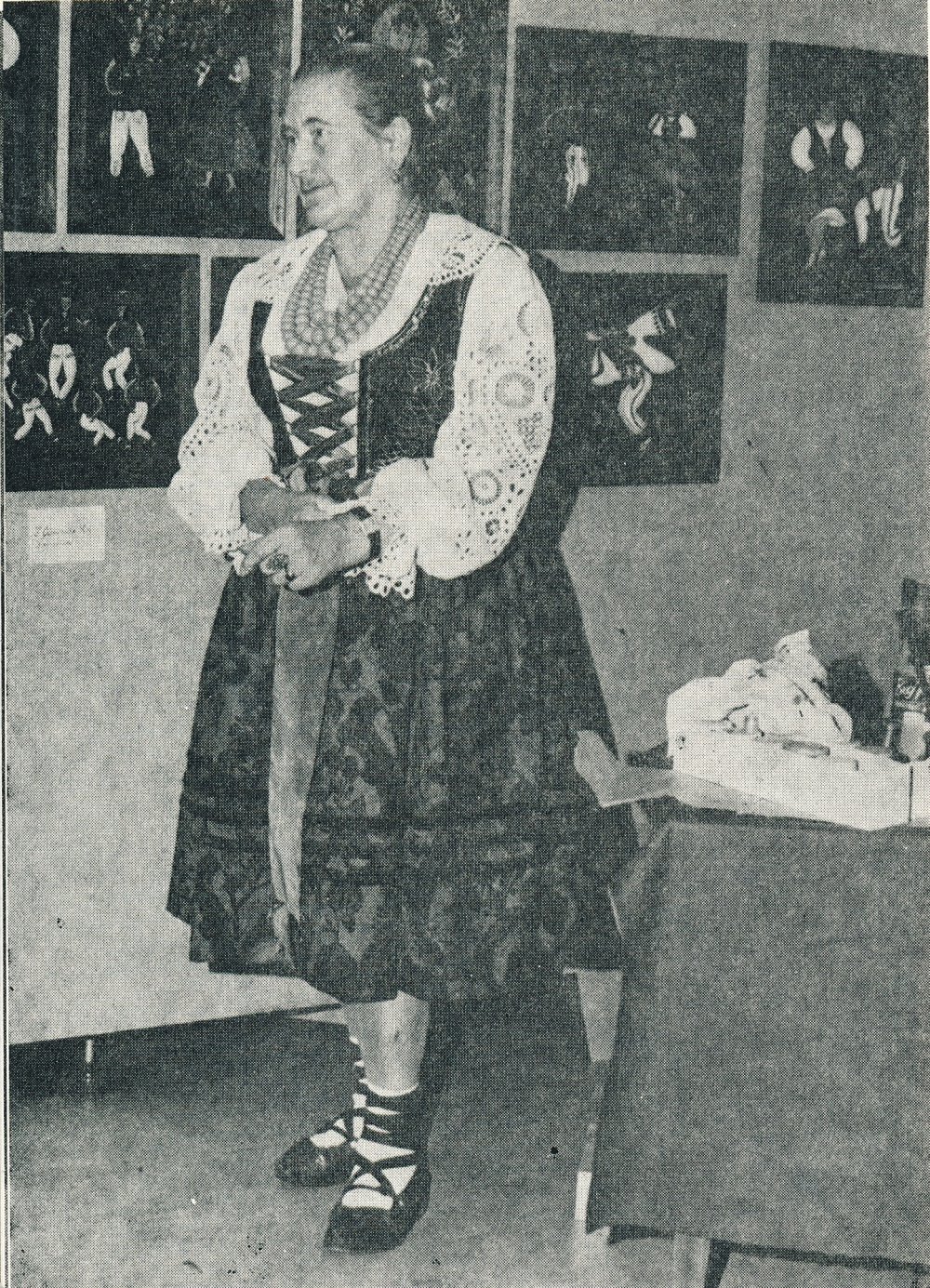