Anna Szyfer was born on 22 October 1931 in Gołąbki near Warsaw. In 1950 she started Polish Studies at the University of Warsaw, and decided to specialize in dialectology, a field in which she wrote her first academic papers. She studied and graduated under Prof. Witold Doroszewski, who supervised her first dialectology research. She went for her first field trip to Warmia and Masuria region, which ever since has played a significant role in her research and other activities. As a member of the research team headed by Prof. W. Antosiewicz, she collected research material related to shepherding in Tatra Mountains. The material became the basis for her MA thesis, and later, also a starting point for her ethnographic interests. As a student, she attended the lectures of Prof. Anna Kutrzeba-Pojnarowa and Prof. Kazimierz Dobrowolski. For a short time, she collaborated with the Institute of History of Material Culture. Before focusing on ethnographic research, she also worked as a teacher in the Secondary School in Ostrów Mazowiecka (under an obligatory work appointment), and later, in the Museum of Folk Culture and Art in Warsaw for several years. Until 1967, she worked in the Dialectology Section of the Institute of  Linguistics of the Polish Academy of Sciences (PAN). This helped her return to research in Warmia and Masuria.

In 1968 Anna Szyfer received a doctoral degree in humanities in the field of ethnology, after defending her dissertation Tradycyjna astronomia i meteorologia na Mazurach, Warmii i Kurpiach i jej współczesne przeobrażenia (Traditional Astronomy and Meteorology in Masuria, Warmia and Kurpie and Its Contemporary Modifications). At that time, she worked for the Wojciech Kętrzyński Research Centre in Olsztyn. From 1970–1980 she was deputy director for academic activity there. This was a time of intensive field work focusing on the consequences of cultural and social migrations that occurred after the end of World War II in northern and western Poland. Anna Szyfer has written a book Przemiany społeczno-kulturowe na wsi warmińskiej w latach 1945-1970 (Social and Cultural Changes in Warmia Villages in 1945–1970) published by the Wojciech Kętrzyński Research Centre in Olsztyn, which in 1967 provided the basis for her post-doctoral degree (habilitation). This research also resulted in the publication of a monograph edited by Prof. Józef Burszta, Kultura ludowa Mazurów i Warmiaków (Folk Culture of Masurians and Warmians) published by Zakład Narodowy im. Ossolińskich in 1976. The chapter she wrote presented the customs, ceremonies and beliefs of Masuria and Warmia regions.

In 1984 Anna Szyfer moved to Poznań and started to work in the Institute of Ethnology of the Adam Mickiewicz University(UAM), where she has been active until present day. In 1987, at the initiative of the Council of UAM’s Department of History, she was granted the title of professor, based on her book Społeczność i kultura małego miasteczka. Studium na przykładzie Rynu (Community and Culture of a Small Town. A Case Study of Ryn) published in 1982 by the Wojciech Kętrzyński Research Centre in Olsztyn.

She received the title of full professor in 1993 and in the same year became the head of the Section of Ethnology of Poland and Europe, later transformed into the Section of Ethnology of Poland, which she supervised until 2000. She was greatly committed to the academic and organizational activities, and for some time served as the Institute’s deputy director. Teaching was an important part of her work, as well as  interactions with students, to whom she devoted much time and attention. She encouraged many of them to return to their home regions for their first independent research, to carefully observe everyday life, and to spend much time with their interlocutors. When teaching ethnography of Poland to first-year students, she would always tell them about kłobuki, utopce and witches, demonstrating that the traditional worlds of folk cultures are not a thing of the past. She has mentored over 80 MA students and eight PhD students; all the preparatory work she supervised was based on field research.

Anna Szyfer is the supporter and promoter of the social worlds theory which is particularly useful in research of borderland cultures. Her recent academic work focuses on cultural life, mainly in small towns and villages. She has documented numerous manifestations of cultural activity in borderland areas in eastern and southern Poland. She has never abandoned her beloved Warmia, and depicted her favourite village of Woryty in the monograph Jest taka wieś. Typowa czy inna? (This Is a Village. Typical or Different?) published in 2000 by the Zakład Poligraficzno-Graficzny MDruk in Wągrowiec. In this work, she describes a fascinating community landscape, the stories of local residents and the complicated history of neighbourly relations. Woryty is her place in the world, and the brick house with green windows, surrounded by soothing greenery, is a place for resting and meeting with former and present students and collaborators. In 2006 Maria Szyfer published a book Zapisane w pamięci. Z badań etnografa (Written in Memory. On Ethnographer’s Studies) released by Poznańskie Towarzystwo Przyjaciół Nauk. She dedicated it “to the older ethnographers – as a reminder, and to the younger ones – as a demonstration that ethnographic field research may be a fascinating adventure”. This is a collection of stories and anecdotes, as well as serious reflections on field trips – including her first ones, to Pisz in Masuria, during an internship programme for students of dialectology from Warsaw. Apart from research and field trips, Maria Szyfer is also greatly committed to scouting and mountaineering. She has collaborated with the Polish Scouting and Guiding Association since 1945. She used to be a scouting instructor for many years, leading, for example, the Black Cows team. She enjoys hiking in the mountains and climbing the Polish Tatras, as well as other European peaks.

One sentence perfectly describes Prof. Anna Szyfer: “To watch, to listen – with understanding”. These words, uttered in 1951 by Masurian Gustaw Optacy, have guided her academic path, and thanks to her teaching, also the path of many of her students. 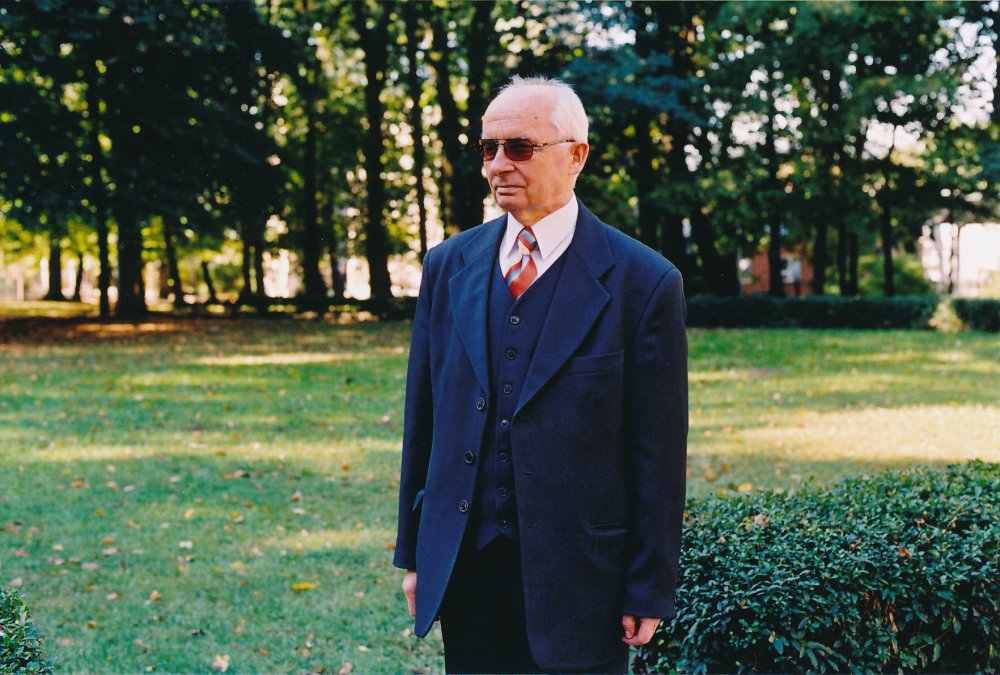