Field of activity:
the author of literary works in the Szczawnica dialect, poetry and prose, highland tales and legends, articles popularising the ethnography of the Pieniny highlanders, a dancer, singer, professional medical rescuer of the GOPR

He was born on 7 January 1945 in Szczawnica. He comes from an old highlander family with the nickname “Wiwer” (from the old Polish word witer, meaning “wind”) that he adopted as his literary pseudonym. His love for the dialect of Pieniny and singing and dancing come directly from his family home, where he had a great teacher, namely, his father Julian – one of the best singers and dancers in the Pieniny region.

His maternal grandfather – Jan Czaja – also served as a rich source of inspiration and instilled in Andrzej Dziedzina Wiwer the interest in folk art. Konstanty Kietlicz Rayski in his book Sztuka Góralska na Podhalu (Highlander Art in the Podhale region, 1928) described Czaja as an artist with an extraordinary talent for decorating with pressed straw frames for pictures painted on glass, boxes, etc. His works can be found in the collections of many museums.

He is trained as a construction technician and worked for several years in the State Company “Uzdrowisko Szczawnica”. By avocation, he is a folklorist and he deepened his interest in folklore while studying at the Folklore College in Nowy Sącz. Since 1966, he has been a member of the Jan Malinowski Regional Ensemble, operating at the Volunteer Fire Brigade in Szczawnica, an instructor of the Childrenʼs Regional Ensemble, he also has a licence of a Regional Ensemblesʼ Instructor of the first category. Wiwer is known for a very characteristic voice that stands out from the rest of the Jan Malinowski Regional Ensemble and allowed the group to win numerous awards at different folk festivals. In the folk plays staged by the Jan Malinowski Regional Ensemble, such as Wesele góralskie (The Highland Wedding), Wiwer used to play the role of the groom, and then, with age, the role of the starosta (district governor). He is the author of the study Strój ludowy Górali Szczawnickich (Folk Costumes of the Szczawnica Highlanders) and co-author of the study Tańce górali pienińskich (Dances of Pieniny Highlanders). He regularly participates in numerous projects carried out on the Polish-Slovakian borderland. These projects are aimed at preserving the old polany songs and old shepherd and wedding songs of Szczawnica Highlanders and Shlakhtov Ruthenians (Ruthenians of Szlachtowa) and recording them on CDs and DVDs.

Indisputably, however, poetry plays a key role in Wiwerʼs life. He uses every free moment to write poems, drawing inspiration from everyday life, nature, faith, highlander songs and customs, as he puts it – “from pure scratch”. He can write a poem for any occasion. His oeuvre includes more than 4500 poems, all of which were written in the Pieniny dialect. Many of these poems were published in press publications and poetry anthologies, and they can also be heard on various radio and television stations. Wiwerʼs poetry also featured in the Polish film Siedem grzechów głównych po góralsku: zazdrość (Seven Deadly Sins According to Highlanders: Jealousy, 1995), where Father Józef Tischner, accompanied by the inhabitants of Szczawnica, meditated on jealousy during the rafting trip down the Dunajec River Gorge. Wiwer has published several volumes of poetry: Dróga Krzyzowo (The Way of the Cross, 1997), Cyś ty? (Did You?, 2006), Wypominki (Recollections, 2009), Moja wiara (My Faith, 2012), Świadkowie. Od Wawelu w Beskidy, Pieniny, Spisz i na Orawę (Witnesses. From the Wawel Hill, into Beskidy Mountain, Pieniny Mountain, Spisz and into the Orava Region, 2016), Maluwone kwiotki (Painted Flowers, 2020). In 2017, Andrzej Dziedzina Wiwerʼs book entitled Zielnik Pieniński – wierszem i prozą pisany, which he co-authored with Ludwik Frey (professor doctor habilitated), was published. This academic publication was enriched with Wiwerʼs poetry. It is also worthy to note that his poems written in the Pieniny dialect often feature in regional recitation competitions, whose participants win prizes for their interpretations. For Andrzej Dziedzina Wiwer the ancestral speech is a symbol of identity. Hence, in order to preserve the elements of the Pieniny dialect, he compiled a dictionary of the Szczawnica dialect entitled Wyłónacka (2013).

The poetic oeuvre of Andrzej Dziedzina Wiwer occupies the leading place in the development of Pieniny poetry written in Pieniny dialect. In the introduction to the volume Cyś ty? Anna Ratułowska noted that the poetic works of Andrzej Dziedzina Wiwer are a grand tribute to the Pieniny Land, its tradition and the people of this small patch of land. Through his works the young generation can discover the proficiency of the dialect as well as its beauty and wisdom.

Andrzej Dziedzina Wiwerʼs literary output also includes over a dozen Pieniny legends written in the dialect and published in the local press. During his numerous meetings with school pupils, tourists and spa sanatoriumsʼ guests he passes on his knowledge of folklore, the attire of the Szczawnica highlanders and the history of the region. He is always dressed in the Szczawnica folk costume and is well known for his dialect and wit.

In addition to his literary and folklore activities, Andrzej Dziedzina Wiwer also makes embroidery on canvas, sculptures and ornaments with the use of plant roots. He is also a collector of postcards, photographs, leaflets – all of which are connected with the Pieniny Land and the city of Szczawnica.

Maria Dziedzina Wiwer – the poetʼs wife – also makes embroidery using old Szczawnica and Lemko folk patterns that she transfers onto corsets, waistcoats, tablecloths and table runners. Together with her husband, she shares a love of singing and dancing and is also a member of the Jan Malinowski Regional Ensemble.

In 2016, the work of Maria and Andrzej Dziedzina Wiwer was presented at their joint exhibition entitled W Pieniny wpisani (In Pieniny Inscribed), organised by the Józef Szalay Museum of Pieniny Mountains in Szczawnica Szlachtowa.

Andrzej Dziedzina Wiwer was granted numerous awards including National Medals and Medals granted by Ministerial Departments, such as – the Gold Cross of Merit (2004), the Medal for Merit to Culture – Gloria Artis, the Medal for Merit to the City of Szczawnica (2010), the Golden Highland Feather (2011), the Pearl of the Pieniny Mountains (2017), and the honorary badge of the Małopolska Voivodeship – the Cross of the Małopolska Region (2019). 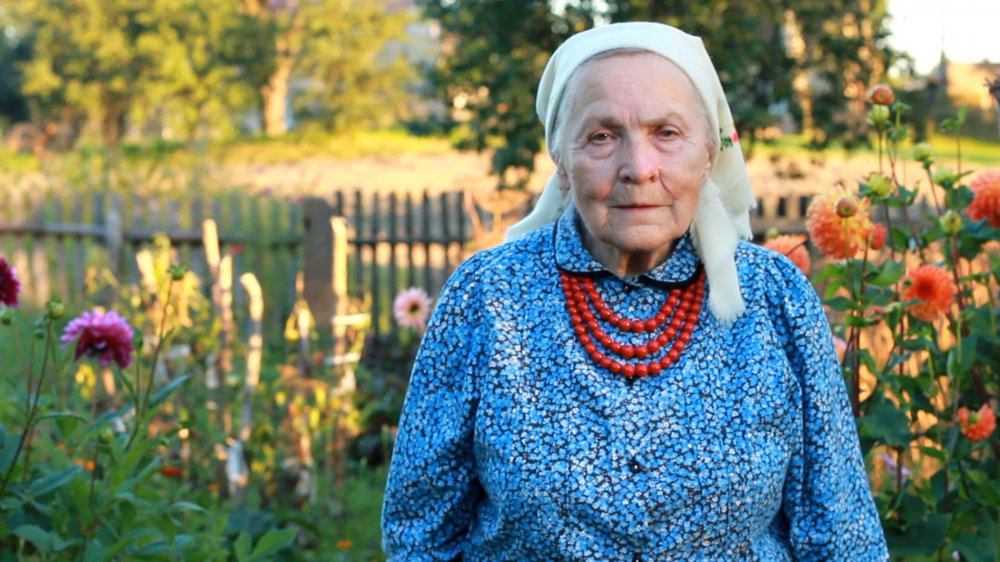