Field of activity:
a folk artist from Puszcza Zielona (Green Forest), who specialises in papercuts; she also makes textiles, Easter palms, paper bouquets, kierce (chandeliers made of paper flowers and amber), and passes on her skills to the younger generation.

Genowefa Pabich is an artist who stands out among the large, diverse and vibrant group of folk artists of the Kurpie Green Forest. She was born in 1939 in the village of Jazgarka. In 1959, after she got married, she moved to Krobi, near Kadzidło, where she lives to this day. She has been involved in folk art since the age of thirteen, pursuing her passions and skills in many areas. One of them is papercuts. She created her first papercuts in 1952 under the guidance of her mother, the outstanding artist Antonina Kuliś. From her, Genowefa adopted the papercut design of a rider on a horse. Her papercut roosters decorated with colourful circles and patterning are widely known and arouse admiration not only among folk art experts. Other papercuts by Genowefa Pabich, especially leluje (a type of papercut in the form of a tree with a single-axis symmetrical structure), are characterised by unique ornamentation with a simple cut and dominance of the plain surface over the openwork cutting. They are a continuation of the archaic forms of the Kurpie paper cutting. Stylistically and compositionally, they belong to the Kurpie canon, being at the same time an example of the richness of individual variants. Few artists in the Kurpie region produce papercuts in a similar style. Apart from papercuts, Genowefa Pabich also weaves, makes paper bouquets and kierce (chandeliers made of paper flowers and amber). For the latter, she uses bundles of various grains in addition to peas and beans. Combined with the artistry of paper flowers, they are extraordinary decorations with a unique character. The Easter palms made by Genowefa are well-designed, harmonious and colourful works of art that create the unique atmosphere of Palm Sunday celebrations in the Kurpie region. For many years, Genowefa Pabich has been supplying her handicrafts to Folk Arts and Crafts Co-Operative “Kurpianka” from Kadzidło. All her works are characterised by craftsmanship, great care and precision, and a unique sense of aesthetics. It is also thanks to her and many other outstanding artists and their respect for heritage and attachment to tradition that Kurpie papercuts from the Green Forest region can be found on the National List of the Intangible Cultural Heritage. Genowefa Pabich is one of the most widely recognised and most appreciated artists from the Kurpie region of the Green Forest. She likes to participate, always in her Kurpie costume, in various folk events, fairs and markets organised in the Kurpie region, where she passes on her skills to the younger generation. She conducts ethnographic workshops in museums, community centres and schools, teaching children and young people how to make paper tissue flowers, palms, bouquets and papercuts. She sees passing on indigenous traditions as her duty. She actively participates in Ethnographic Workshops Disappearing Occupations organised in the Kurpie Farmstead in Kadzidło and in events such as: Śladami Kurpiów (Following the Steps of the Kurpie Inhabitants), Wesele Kurpiowskie (Kurpie Wedding) and Niedziela Kadzidlańska (Sunday in Kadziło). She has won numerous prizes in folk art competitions in the region and beyond, in various categories and fields. Her works are in the collections of museums in Ostrołęka, Łomża, Nowogród, Warsaw, Toruń, Częstochowa, the Museum of Polish Paper-Cutting in Konstancin and in many private collections.

Her works are a valuable and unique contribution to the treasury of the Kurpie and the Polish folk and national art. 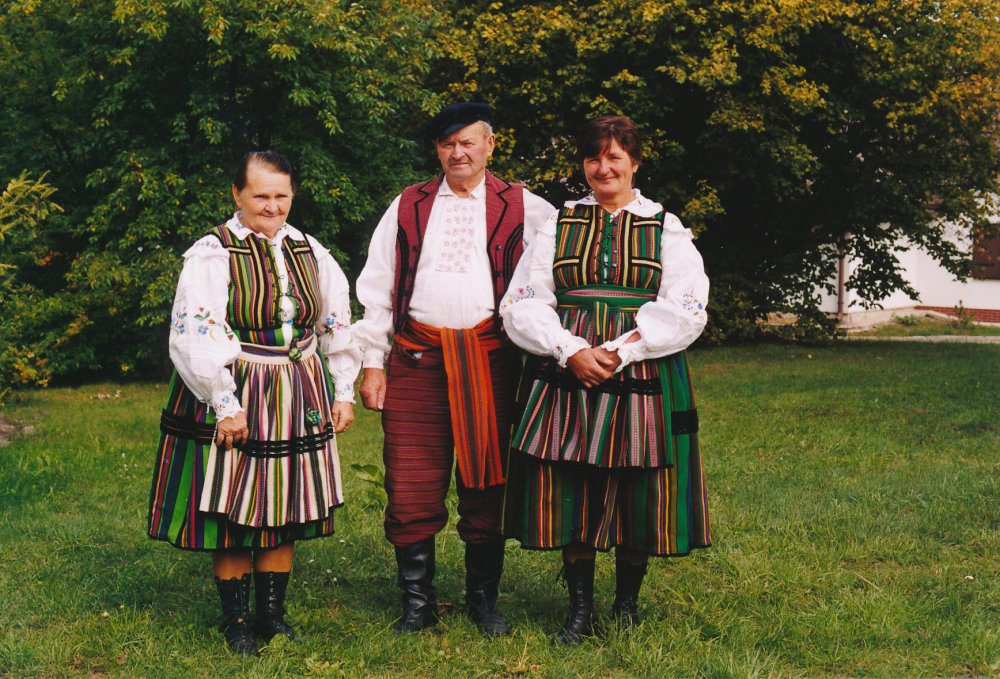