Field of activity:
Solo singer, an author of scenarios, director and actress of rural theatre, theatre instructor and supervisor of rural theatre groups in Ożarów, fine artist and creator of paper ornaments and ritual props and objects.

Wanda Majtyka was born in 1936 in Popowice, Wieluń county. During World War II, when she was only four years old, her family was relocated to the village of Olszanka in the Lublin region. Being a gifted child, she quickly acquired some songs and skills that were cultivated in this region. However, this did not interfere with her native traditions, which were carefully guarded by her mother. After the war Wanda Majtyka, together with her family, returned to her home area of Łódź, where she quickly learned the craft of making traditional ornaments, weave linen and make work aprons (by then, the traditional clothing had gone out of fashion).

From her early childhood, while still in Olszanka, she loved to sing – in the evenings she would often meet with the landlord’s children to sing together outside the front door of the house. Later, in Popowice, when she was grazing the cows, she joined the neighbouring girls who knew many songs. She remembers that she had a great urge to sing, so that when she was in the meadow, she would repeat the melodies she heard. Her voice could be heard far and wide and people who happened to be listening would say – „Dzioucha śpiywej, bo ładnie ci to idzie” (in regional dialect: Sing, girl, sing, you do it nicely). That is when she became embarrassed because she was rather shy. She inherited this trait from her mother, who knew a large number of songs but never dared to sing them in public. Wanda, unlike her mother, over time shed her shyness and stage fright. A great help in this was an amateur theatre that operated in Popowice, where her extraordinary acting talent came to light. She began performing on stage when as a girl. However – the marriage and household duties – of a wife and mother did not interfere with her stage career. She was also a member of Koło Gospodyń Wiejskich (Farmer’s Wives’ Association). Every year, for the harvest festival, she sang her own couplets. Her distinguishing characteristic at all times was her fondness for tradition. She uses dialect in everyday communication and cares for safeguarding the old traditions. In the 1960s, for the purpose of making an educational film, she organised a traditional procession of Józefów (Josephs) i.e. Popowice Wiliorzy (Carollers from Popowice).

When a folk ensemble was established in nearby Ożarów in 1986, she was a great help in organising a performance about the so-called wiliors (wilior – a person often dressed in a military cap who brings presents at Christmas). She has also passed on a number of her songs. For some time, the leader of the ensemble provided her with transportation for rehearsals, but when he suggested a permanent collaboration between Wanda and his ensemble, she immediately thought of organising a similar group in Popowice. She convinced her sister-in-law Edwarda Lach, who was a school principal at the time, of the idea. Eventually, the two women founded Folkloric Ensemble in 1989. However, a few years later she returned to working with the ensemble from Ożarów and for over twenty years functioned as its instructor. Owing to her admirable scenarios and excellent acting, the Song and Ceremony Ensemble from Ożarów participated several times in the the National Convention of Polish Village Theatres in Tarnogród. In 2007, Wanda Majtyka was awarded a Honorary Diploma for Merits to Theatrical Culture.

Her acting talent was discovered by professional directors. In 1997 she appeared with her family in a play based on her own script entitled Romanse dworskie (Courtly Love Affairs) in Channel One of the Polish TV, broadcasted within the framework of the TV series Family Competitions. In 2005, she appeared in a feature film Motór (Motorcycle) directed by Wiesław Paluch.

When a Children’s Ritual Ensemble was established in Ożarów in 1995, Wanda Majtyka became its artistic director. She passed on her extensive talents and knowledge to Ensemble’s members. She taught the children how to make traditional ornaments and ritual props and objects (including masks and wiliorsʼ costumes). She also taught them traditional pasture games and showed them how to use the spinning wheel, and – most importantly – she taught them many songs.

Under her leadership, the children’s ensemble from Ożarów won several times at the Polish Festival of Folk Bands and Singers in Kazimierz Dolny as part of the Duży-Mały (Big-Small) competition. The ensemble was particularly well-received at the Child in Folklore Festival in Baranów Sandomierski. The prizes were granted both for the singing and for performances based on her plays, in which she also performed.

Being a recognised and appreciated folk activist, in addition to continuous education of the young generation in the ensemble, she also taught courses and led workshops on ornament making and ritual arts at schools, houses of culture and cultural centres. She cooperated with the Museum of the Wieluń Region by participating in exhibitions and workshops. She participated in numerous folk art competitions and received prizes and recognition for her works.

Wanda Majtyka is of course also an excellent storyteller. During the Folk Storytellers Festival “Pogwarki” organised in 1996–2012 in Ostrówek (Łódź Voivodeship), she told various stories from the everyday life of the old villages, in pure dialect and with humour and considerable eloquence.

Although she has so many talents, singing is closest to her heart. She learned most of the songs from her mother, although she was not so eager to pass them on. Ever so often, when Wanda would come home with a new song and hum it to herself, her mother would correct her saying – “Dzioucha, to nie tak” (Girl, it’s not like that) and presented her own “correct” version. Knowing her mother was a treasure of songs, Wanda often deliberately sang in her presence to provoke her corrections; later Wanda would write down her mother’s variants in her song-book.

Wanda Majtyka is a multiple prize-winner of the Festival of Folk Bands and Singers in Kazimierz Dolny for solo singing. Twice she won the 2nd Prize (1999 and 2005), and in 2012 she was granted the highest prize in this category – the so-called Baszta (Tower). Due to illness, she can no longer lead the Ożarów Ensemble and she hardly ever appears on stage. 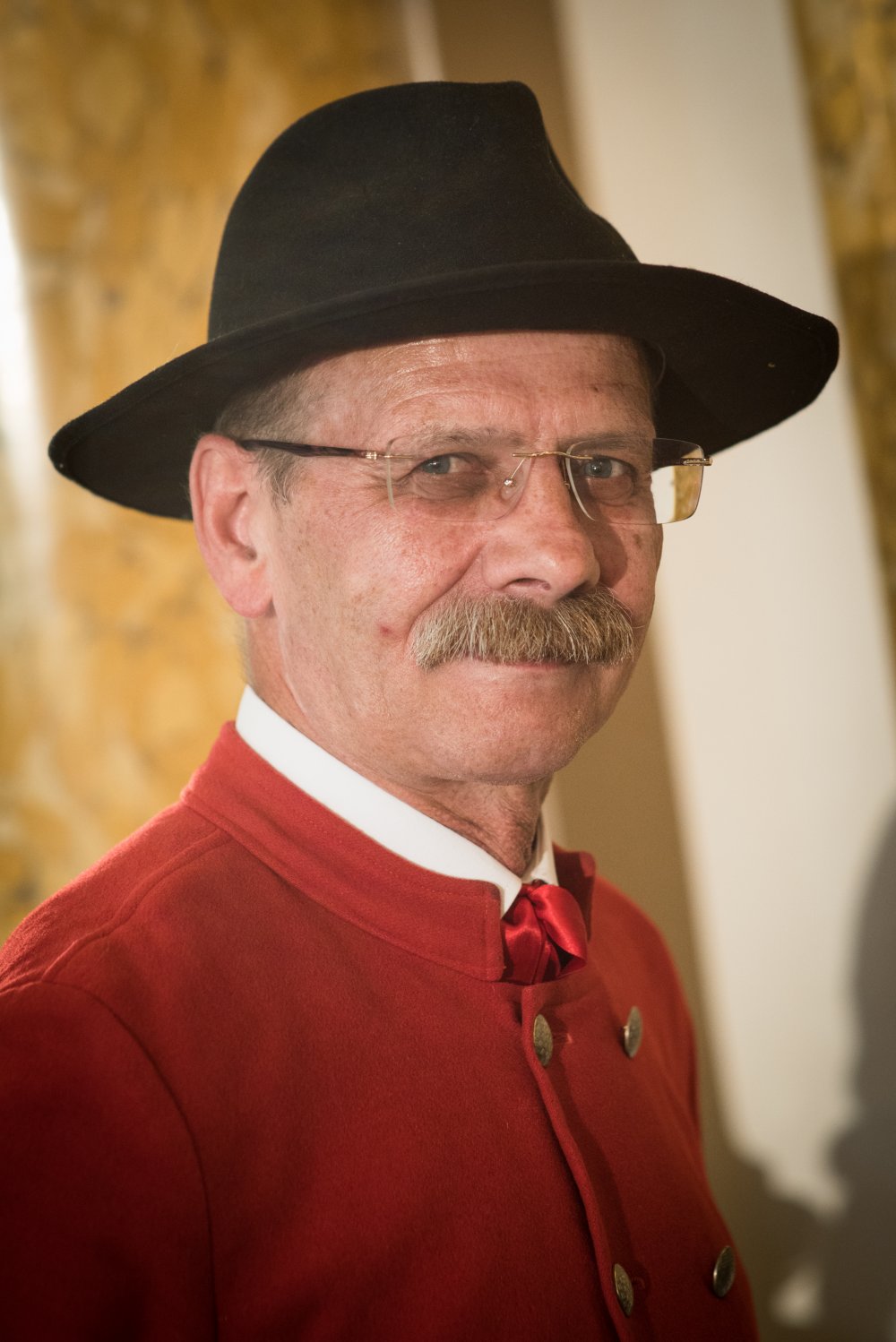