Field of activity:
Violinist and trumpeter, long-time leader of the Przewrotniacy folk music band, he continues to pass on musical traditions to young performers.

The area of the former Sandomierz Forest is an area inhabited for many years by people who call themselves Lesioks (Lasowiaks). Here many authentic manifestations of folklore have survived, not only in the memory of the inhabitants, and have survived the longest in an uncontaminated form compared to other Polish areas. Many factors have contributed to this, but one of the most important was the natural environment. For centuries this area was not attractive for human settlement. Impenetrable forest complexes, full of swamps, bogs, streams and constantly overflowing rivers did not encourage large-scale settlement. It was not until the turn of the fifteenth and sixteenth centuries that such a large area of uninhabited land became a temptation for people who could not find suitable land for cultivation and settlement because of the growing population in other areas. The people who settled here had to contend with the inhospitable primeval forest, which effectively isolated them from the outside world.

Living conditions were somewhat different on the territory inhabited by Rzeszowiaks, an ethnographic group neighbouring the Lasowiaks to the south. Here, settlement began much earlier, and the forest areas were not as large. The region of Rzeszowiaks was crossed by several very important and frequented trade routes, which facilitated the development of trade, allowed contact with the world and also contributed to the increase in the prosperity of the inhabitants of the area.

The differences between the Lasowiaks and the Rzeszowiaks, however significant, blurred in a relatively narrow strip of land located at the crossroads of these two areas, where the forest rustled and the people built their houses, lived, worked and spoke Lasowiak language, their festive attire was different from that of the Rzeszowiaks. The centre of the festival was the town of Głogów Małopolski and the nearby large city of Rzeszów. This mixing of cultures was one of the main reasons for the emergence of a specific, very interesting folklore, which bears the stamp of both the Lasowiaks and the Rzeszowiaks. The musical folklore of the region is very unique – it is a combination of the “wild music” from the forest as well as of the the violin characteristic for the Rzeszowiaks. Different musical qualities can be traced in the fiery playing, with a “devilish” virtuoso technique and the airy tunes. This way of playing music and original repertoire are the characteristics of folk artists from the borderland of Lasowiaks and Rzeszowiaks.

Henryk Marszał is exactly such a musician. He was born on 28 April 1937 in Przewrotne, a village in Rzeszów county, located on the border of the two regions. He is one of the oldest and last active folk musicians in this area. All his life he has been connected with his hometown, whose traditions he loves and which he disseminates as far as possible. The beginnings of his path as a musician were not easy. From a young age, he loved to play the violin. He went wherever he could hear melodies played on this instrument: to dances or weddings, even if he had to stand in the corner or by the window because children were not allowed to go to any games. At the age of 10, he made his first instrument himself, from wooden boards and telephone cables left in the fields by the Soviet army, as well as horsehair and a plank for the bow. When his parents saw how persistent their son was and how enthusiastically her played and got better and better at reproducing various melodies, they bought him his first real violin. He was fourteen years old at the time. For a short time he took lessons from experienced musicians: Paweł Gawło from nearby Widełka and Stanisław Dziubek from Przewrotne, but he had to quit after a few months because the fees were beyond the familyʼs financial means. However, he did not stop acquiring musical skills on his own, which allowed him to start his own music band in 1954, which he formed with his brother, who played the drums, and a neighbour – a squeezebox. Thus was born the band Marszały famous in the Rzeszów area, which for several decades was invited to weddings, dances, but also to stage performances. It enjoyed great fame and orders for the bandʼs appearances were placed for many weeks in advance. During the thirty-five years of its existence, several lineup changes have taken place: saxophone and trumpet were added. Henryk Marszał also learned to play the trumpet himself and successfully played both of his favourite instruments alternately, as needed, and later exclusively on the trumpet. To this day he occasionally plays this instrument, for example at Corpus Christi procession. 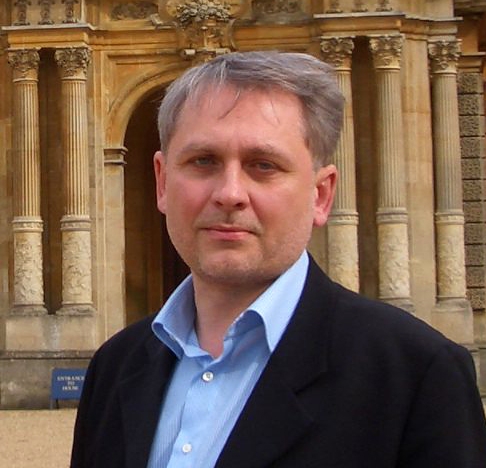