Blinów is a village with a long history and rich tradition, as the first mention of Blinów dates back to 1390 when it received Magdeburg rights from Władysław Jagiełło.
Since the 1950s, one of the most successful ensembles of the Kraśnik district – “Blinowianie” – has been active here. The ensemble was established in 1971 by the inhabitants of Blinów Pierwszy, whose part is situated close to the nearby forest is called “Warszawa” (Warsaw) by the locals, and Blinów Drugi – the so-called Kaczyniec Stary. “Blinowianie” was founded by Janina Markut and Maria Kosidło, who knew the expectations of the society and had experience in the field of cultural activity because they worked in the local Farmer
ʼs Club.

In the beginning, the group was sponsored by the Farmerʼs Club, later (and until today) by the Community Cultural Centre in Polichno. The driving force behind the formation of the ensemble was a genuine need for contact with the “theatre”. “In the beginning, we had nothing except the band: neither costumes nor a complete repertoire. But, very quickly, each of us enacted everything that had been handed down to us by our mothers and grandmothers” – one of the founders, Janina Markut, recalls the beginnings of the ensembleʼs activity. The first performance prepared by the “Blinowianie” was the staging of the fairy tale Cinderella, performed in front of the most important, but also the most difficult audience – the residents of Blinów. The performance was shown several times in neighbouring villages and was very well received by the audience, which encouraged the ensemble to continue their activities. Next performances produced were – the plays Halapaczowie (The Halapacz Family), Zatraceniec (The Reprobate) and Chata za wsią (The Cabin Outside the Village) and ritual performances – Wesele Krakowskie (The Cracow Wedding), Herody (The Herods), Prządki (Mill Girls) or Piórnia. All the activities related to the preparation of the set, props and costumes were carried out on their own and with selfless dedication. The members sewed the costumes themselves, drawing on ethnographic accounts. The original composition of the ensemble (apart from the founders) was as follows: Hieronim Markut, Kazimiera Kosidło, Stanisław Kosidło, Kazimiera Kędziora, Władysław Kędziora, Janina Woś, Stefan Woś, Władysława Tomiło, Jan Tomiło, Wanda Wiechnik, Janina Kędziora, Józef Krawczyk, Czesława Samol, Janina Serwatka, Henryka Baldas, Janina Kudrelek, Honorata Andrzejczak, Janina Andrzejczak and Bronisław Andrzejczak. The first performance of the “Blinowianki” at a national competition took place in 1984, during the National Convention of Polish Village Theatres in Tarnogród, where the performance Kiszenie kapusty (Making the Sauerkraut) was presented. Almost every year the ensemble presented performances connected with the annual rituals, especially with the Christmas season. Gradually, new performances entered the ensembleʼs repertoire: Herody (The Herods), Kolędnicy zza okna (Carollers From Behind the Window), Dożynki blinoskie (Blinów Harvest Festival), Zaloty (Courtship), Obróbka kaszy (Groat Processing) and Bicie oleju (Whipping/Processing Oil). The performance score was usually created by the entire group, and Janina Markut played the role of the director. The props for the performances were found everywhere in the village, and if something was missing, one could always rely on the husband of the director – Hieronim Markut.

From 1995 the group also started to function as a singing group, with only the ladies performing, as the men were only involved in the presentations of the performances. The unique repertoire and authentic, faithfully preserved dialect were quickly noticed by the audiences and folk experts. In the same year, 1995, the group won the 3rd prize at the
4. All-Polish Festival “Child in Folklore” in Baranów Sandomierski. In 1996 they won the 1
st prize at the Provincial Theatre Festival in Opatów, and the following year, the 1st prize at the Provincial Festival of Artistic Ensembles in Bogoria and the 1st prize at the Folklore Fair in Janów Lubelski. Also in 1996, the group performed for the first time at the Folk Art Fair in Kazimierz Dolny, where they won the 3rd prize. They performed in original traditional costumes bought with the money that “Blinowianki” received on the occasion of their
25
th anniversary (including the award granted by the Minister of Culture). The rich repertoire of the ensemble includes a wide variety of songs – love songs, courtship songs, orphan songs, religious songs, Marian songs, funeral songs, wedding songs, harvest songs, patriotic songs, partisan songs, carols (including Christmas carols) and pastorals. To make their repertoire speak also to contemporary themes, “Blinowianki” create their own song lyrics (or update the old ones) and adapt them to the circumstances of their presentations. Recordings of songs, apart from private collections, can be found in Polish Radio stations – programme I and II, Radio Lublin and Radio Kielce. The ensemble has also released a CD with traditional Christmas carols.

In 2000, another singing and festive group was formed in Blinowo - “Zalesianki”.
It consisted of eleven members, including some from the already existing “Blinowianki” ensemble. However, the newly formed group functioned for only five years.

Together with the formation of “Zalesianki”, “Blinowianki” adopted the name – “Blinowianki” Song and Festive Ensemble – which is still valid today. The ensemble has continued its artistic activity as a singing group with a fixed lineup, while for the preparation of stage performances, the ensemble would invite special guests – depending on the scenario. Among the achievements of the ensemble are other spectacles in which old rituals, customs and scenes of rural life are presented in the form of stage performances, such as: Gusła i superobony związane z nas urodzenia i chrzaptą dziecka (Mysteries and Superstitions Connected With a Childʼs Birth and Christening), Piecanie pirogów (Baking Pierogi/Polish Dumplings), Wesele Blinoskie (Blinów wedding) and Wilijo Blinoska (Blinów Christmas Eve). The following people have also marked their presence in the history of the ensemble: Aleksandra Widz, Władysław Widz, Feliksa Wcisło and Helena Głąb.

“Blinowianki” ensemble is famous for its willingness to participate in all activities connected with folk culture – singing, performing and sharing regional dishes and handicrafts. The continuous activity of the ensemble is invaluable for maintaining and preserving the folk culture, which is a culture of long duration and contributes to the preservation of local tradition. The members of “Blinowianki” not only play a culture-forming role in their environment but also ensure care that traditions, skills and the repertoire – the performing techniques and the dialect – are passed on to younger generations. In 2007 Janina Markut performed with her granddaughter Antonina at the “Large-Small” competition held within the framework of the National Festival of Folk Bands and Singers in Kazimierz. With the support of Janina Markut and the Community Cultural Centre in Polichno, the children and youth group “Polichnianeczki” was also founded and is still active today. “Polichnianeczki” was repeatedly joined by the leader of the “Blinowianki” in numerous events and competitions, including the “Master and Pupil” competition held within the framework of the festival in Kazimierz.

Throughout its existence, “Blinowianki” has regularly participated in community events and recurring district events and national and district competitions, winning numerous prizes and awards. The ensemble featured at such events as the Inter-District Festival of Traditional Carols and Pastorals in Modliborzyce, the Inter-District Festival of Carols, Pastorals and Carol Shows in Polichno, the District Festival of Carols, Pastorals and Carol Groups and the District Festival of Village Artistic Works in Trzydnik Duży. The current members of the group are: Janina Markut, Katarzyna Tomiło (daughter of Janina Markut), Maria Tes, Maria Sokół, Stanisława Koza and Krystyna Samol. The most recent achievements of the group are: the 1st place at the 52. National Festival of Folk Bands and Singers in Kazimierz and the 2nd place at the 52. Polish Folklore Festival “Sabałowe Bajania” in Bukowina Tatrzańska in 2018.

For its 45th anniversary, “Blinowianki” was granted the badge “For Merit to for Polish Culture” and the Oskar Kolberg Award “For Merit to Folk Culture”. These awards are a beautiful tribute to the long-standing pursuits “Blinowianki” in the field of folk culture. 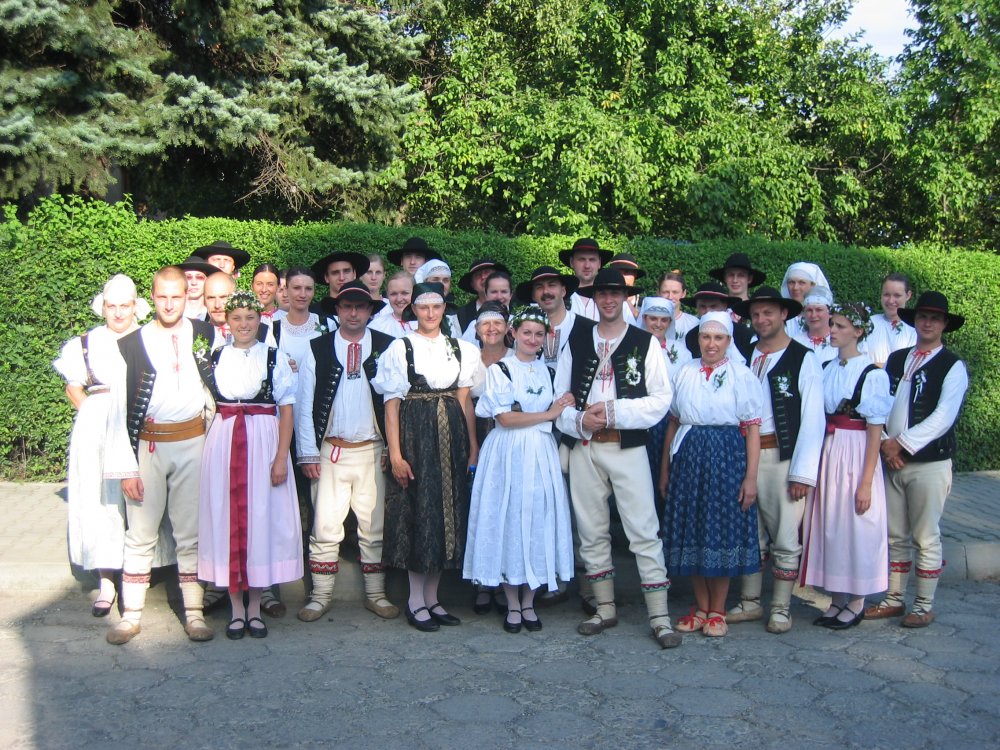