Antoni Gluza was born on 3 April 1951 in Szczyrk, a village situated at that time in the region of Beskid Śląski (Silesian Beskids), but historically and culturally belonging to Żywiecczyzna (Żywiec Land). He comes from a musical Highlander farming family, who lived in a wooden cottage built in 1804 by his great-grandparents on the slopes of Mount Hyrca. He was brought up with music played and sung (especially by his grandmother) all around him. Music in his household was an indispensable part of annual holidays, family celebrations, farming and sheep grazing.

As a young boy, Gluza could already play one of the favourite local instruments called heligonka (a type of accordion), in which he was self-educated. As a teenager, he learnt several different instruments attending classes with musician and folklorist Jan Więzik, who designed and created his ‘Sokolnia’ (literally a falcon’s nest), a type of a common room, at the local community centre. During his studies at a vocational secondary school, he performed in the orchestra of the Salesian school in Oświęcim, where he also had ear training and was taught the principles of music and harmony by the establishment’s director of music. He played the trumpet, clarinet and accordion. He was also a dancer at the local Regional Song and Dance Ensemble (Regionalny Zespół Pieśni i Tańca) ‘Ondraszek’, with which he collaborated more closely in later years. In the late 1960s and early 1970s, he was a member of a music group in nearby Bielsko-Biała, where he played the trumpet and accordion. Music was just part of his life, wherever he went, whether it be school, army or workplace. And all those places were a fertile ground for him to gain invaluable experience.

After becoming a qualified instructor of music, Gluza was accepted as music director of the Regional Song and Dance Ensemble ‘Ondraszek’, where he worked between 1975 and 1980. At about the same time, he also founded his own ensemble, which he named after his first teacher of music, Jan Więzik. In later years, he was employed as music director of the Song and Dance Ensemble ‘Bielsko’ and conducted the ensemble Kapela Podbeskidzie. He was one of the founders of the Song and Dance Ensemble ‘Klimczok’ in Szczyrk, with which he collaborated for ten years. For all the above-mentioned ensembles, he prepared programmes in the form of dramatised rituals and customs as preserved and cultivated in the region of Szczyrk.

Antoni Gluza’s bagpipe career did not start until the 1970s, when he was already a 25-year-old grown-up man, due to his conviction that people need to be mature enough to understand and “be accepted” by the instrument. He had played other “shepherds’ instruments”, though, having tried his hand at folk-type flutes and ocarinas. Prior to his adventure with the bagpipes, he had been hugely impressed by the mastery of such renowned pipers as Edward Byrtek, Czesław Węglarz and Jan Pituła. He first performed on the instrument purchased by a community centre in Bielsko-Biała and he later commissioned his own bagpipes from the master musician and instrument maker Feliks Jankowski from Żywiec. „My mother-in-law’s goat had got sick, so we couldn’t let its hide go to waste” – jokingly comments Gluza. Today, he is a master piper playing the regional variation of the instrument popular in Żywiecczyzna. In his opinion, though, the bagpipes are a fickle and volatile instrument, frequently out of tune, which poses a serious challenge for a self-respecting musician, who does not shy away from playing any kind of repertoire with the feel for the instrument and ability to improvise. On the other hand, the pride taken from being able to play traditional Highlander music from Szczyrk more than compensates for the effort.

The artist is emotionally involved in the cultivation of the traditional culture of the Szczyrk shepherds, for which he feels a lot of praise and admiration. He is a collector of the local archaic repertoire, noting down texts and melodies inherited from the past generations and neatly cataloguing traditional songs. In his immensely rich performing repertoire, he enthusiastically draws on the music he heard as a child, which he finds familiar, natural, authentic and valuable. Such works include shepherds’ songs, love songs, songs about Highlander robbers, ballads and ritual songs (carols, pastorales, wedding songs etc.). Gluza presents them at prestigious competitions and contests, where he is frequently invited and where he invariably attracts enthusiasm and admiration from the audiences and juries alike. His crisp authentic styles of performance, archaic repertoire and flamboyant dialect are a perfect recipe for the highest accolades.

The artist has won multiple ‘Gold Hearts of Żywiec’ at the Festival of Polish Highlanders’ Folklore in Żywiec, the ‘Zbyrki Góralskie’ awards, and even the Grand Prix in 1987, at the Highlander Folk Festival in Zakopane and, repeatedly, the ‘Gold Highlander Pin’ at Sabałowe Bajania in Bukowina Tatrzańska. He has also received the ‘Gold Rosettes’, awarded to carolling ensembles, at the Highlander Carnival in Bukowina Tatrzańska, as well as first prizes at Żywieckie Gody. In addition, he has been given several awards at the highly prestigious Festival of Folk Bands and Singers in Kazimierz Dolny nad Wisłą and, in 2019, won the first prize in the category ‘Big – Small’ performing with his pupils. He performs either solo or with his own ensemble, Kapela Góralska Antoniego Gluzy (Antoni Gluza’s Highlander Band), which he started in 1979.

Antoni Gluza is not only a multi-instrumentalist, but also an instrument maker specialising in folk flutes, wooden ocarinas, as well as the so-called sówki and bulkoty. He regularly appears on TV and radio, where he presents traditional folk tunes in documentaries and educational programmes. Together with his ensemble, he has recorded two albums: Z wiyrchu Skrzycnego in 1980 and Nowy rok pod Skrzycnym two years later. His life and work has been the topic of academic dissertations written by the students of the University of Silesia in Katowice.

The artist is eager to pass on his expertise to younger generations, and he is a very kind and patient teacher taking care of each of his pupils – and there have been dozens of them so far – with an individual, ‘tailor-made’ approach. The oldest of them are already winning their own prizes at local, national and international competitions. When he performs with his youngest pupils, he is both a master and a student. He has also passed on his knowledge and skills to his daughter, Ewa, whom he has also taught how to sing the oldest wedding songs using the beautiful ‘white voice’, and he has also trained his son Rafał. Both his children have successfully appeared at folk music competitions and festivals. He is now passing on his passion for traditional music and singing to his granddaughter.

In his performances, Antoni Gluza puts emphasis on the history and significance of the shepherds’ culture, in which the traditional trombity (plural of trombita, a type of a wooden folk trumpet)were used by the shepherds to communicate, send urgent messages and warn about imminent danger; they used to co-exist in the space of the shepherd’s thoughts and the energy of the surrounding mountainous landscape. The affection for this instrument has also prompted him to compose and record, with his son Rafał, a bugle call for the city of Szczyrk to be played by four trombity; it has been performed at noon every day for the last ten years.

The artist is a member of the Association of Folk Artists (Stowarzyszenie Twórców Ludowych). He has been named the Szczyrk Citizen of the Year and awarded the Medal for Merit to Culture ‘Gloria Artis’. Antoni Gluzais also passionate about the local dialect, folk costumes and Highlander culture, all of which he ardently promotes. He also collects and disseminates old tunes, and he is an expert on the archaic ritual repertoire performed at Christmas and weddings. In addition, being a multi-instrumentalist, he teaches several different types of folk instruments. His musical talent is extraordinary; he has no equal when it comes to how to interpret the folk music from Szczyrk. His virtuosity of playing such instruments as bagpipes, heligonka, ocarina or shepherds’ flutes is second to none. The artist has a larger than life personality and his whole existence has been filled with folk music and song. 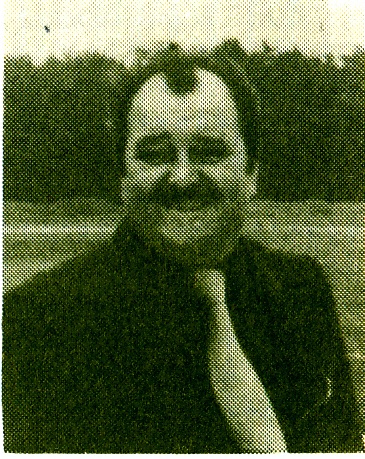