Antoni Malczak is an institution of a man. His contribution to the culture in the area of Małopolskie Voivodeship might have easily been distributed amongst several people put together. His bulky portfolio owes much to his talents and strategic vision, but even more importantly to his unique personality traits: hard work, consistency and, first and foremost, incredible tenacity in the face of challenge and adversity. All of these characteristics have enabled him, in the last 40 years or so, to come out on top every time he embarked on the next ambitious project. In his circles, he is almost a legend.

Malczak was born in Kamionka Wielka near Nowy Sącz in 1948. After graduating from the Teacher Training College in Nowy Sącz, he narrowed down his interests studying at the Academy of Music in Kraków. Between 1969 and 1978, he worked as a teacher at the Primary and Secondary School of Music in Nowy Sącz.

He commenced his long-term adventure with institutionalised dissemination and promotion of culture in 1978, when he was employed at the Voivodeship Cultural Centre in Nowy Sącz. Initially, he worked as a manager of one of the departments, but in 1980 he became director of the whole institution, which at that time occupied 5 small rooms in an old city centre tenement house. Because the establishment was growing, Malczak managed to organise relocation to a building which belonged to the City Council in Narutowicza Street before finding space in the rented ‘Willa Marya’, although he was fully aware that the conditions were still far from perfect. The new premises could not comfortably accommodate all the employees and, quite crucially, there was no hall to hold organised public events.

Looking for other residential options, Malczak came across a cinema (Podhale), which used to serve as the seat of the historic Gymnastic Society (Towarzystwo Gimnastyczne) ‘Sokół’ (literally ‘falcon’), branch in Nowy Sącz. The extensive redevelopment works on site started in 1994. In the process, Malczak revealed his hitherto undiscovered construction and layout talents: he had a clear vision of what the whole place should look like. Naturally, such an expansive project would require financial security, which the director eventually provided due to his shrewd management skills. As the memory and achievements of our ancestors working for ‘Sokół’ demanded suitable commemoration, Malczak’s institution was soon officially renamed Małopolskie Centrum Kultury ‘Sokół’ w Nowym Sączu (Małopolska Cultural Centre ‘Sokół’/’Falcon’ in Nowy Sącz). The next investment was the establishment of Galeria Sztuki Współczesnej (Contemporary Art Gallery) BWA. It took 17 years to complete all these investments. But that is only one side of Antoni Malczak’s resourceful personality.

Simultaneous to the struggle to find the appropriate and sufficiently spacious premises, Malczak was just as busy fulfilling the artistic and social objectives of the institution he headed. He was the initiator and organiser of a host of sizeable projects of international renown, such as the Ada Sari International Festival and Competition of Vocal Art, the Nowy Sącz Music Festival ‘Iubilaei Cantus’, the Fun And Classic festival and the Organ Music Festival “L’Arte Organica”.

Acting as director of the Małopolska Cultural Centre ‘Sokół’, Malczak developed a model system of preservation of cultural legacy and promotion of regional culture. Responding to the social needs, he addressed a range of issues related to cultural endeavours. He was particularly concerned with and passionate about local/regional culture. It was already in the 1980s that he was busy enlarging his department of folklore and folk art with highly-trained expert employees. Realising that the number of authentic representatives of folk culture was diminishing with each passing year, he looked for support from academia and professional research centres. In collaboration with faculties of ethnography and ethnomusicology at the universities of Kraków, Łódź, Poznań and Warsaw, he organised a series of trips throughout the now defunct province of Nowosądeckie Voivodeship (currently part of Małopolskie Voivodeship). Invited by his Cultural Centre, the students, working alongside their scientific instructors, took part in two-week-long summer camps, at which they documented rural customs and folk art, music and singing conducting interviews with the local inhabitants and making recordings. The result was an impressive collection of more than 1000 professionally edited interviews. The materials were stored in the archives of the Małopolska Cultural Centre ‘Sokół’. Field work was also conducted by Sokół’s employees from the department of folk culture, with significant support from their director. On aggregate, the collected material included more than 900 hours of recordings, approximately 2400 video tapes, about 6000 analogue photographs and over 110,000 digital photos. Such a vast and extensive collection can now be tapped by university students working on their dissertations. It may also provide core repertoire for the widely-conceived regional folk movement and as source material for the institution’s educational purposes. Thanks to the director’s efforts, most of these materials have already been digitalised, too.

Education and training form another area of the director’s activity and interest. Back in the 1980s, he initiated a number of small educational centres catering for the enthusiasts of folk music from Sądecczyzna (Nowy Sącz Land), in which consummate folk musicians taught their skills to the younger generations of prospective folk artists. Today, the scope of the centres’ activities extends to the whole of Małopolskie Voivodeship.

Malczak has also come up with an original idea of workshops at which the jury members could meet the participants of the competitions during folklore events. His other initiative has been held at a local competition called ‘Limanowska Słaza’ in Limanowa. For the last 40 years, he has run a three-day-long folklore seminar, which, in the process, grew from a district (poviat) level to become the National Folk Seminars. The seminars feature specialists in various fields of folklore, who come from all around Poland to give lectures.

Being aware of the scarcity of professional, well-trained instructors of local/regional ensembles, Malczak established, in 1985, the Folklore College (with three-year, and later two-year, courses). More than 160 attendees who graduated in the subsequent years now work as highly educated instructors, also outside the province of Małopolska (Lesser Poland). The realisation of all these initiatives has evidently and considerably improved the professional level of the programmes addressed to folk groups active within Małopolska. Between 1998 and 2018, various forms of training sessions and regional education projects organised by the Małopolskie Centrum Kultury ‘Sokół’ in Nowy Sącz have been attended by more than 26,000 people on aggregate.

Sokół’s director was the initiator and executor of one of the most significant Polish festivals for children – the Międzynarodowy Festiwal Dziecięcych Zespołów Regionalnych ‘Święto Dzieci Gór’ (International Festival of Children’s Regional Ensembles ‘Mountain Children Holiday’), which has been held, in its unique formula, since 1992. Other festivals or contests (some of them organised on a regular basis) that Malczak has been a part of include the national presentation of children’s and adolescents’ carollers’ groups ‘Pastuszkowe Kolędowanie’ (“Little Shepherds’ Carolling”), the folk music competition for instrumentalists, singers and best men ‘Druzbacka’, Małopolska competition of folk rituals, customs and traditions ‘Pogórzańskie Gody’, the presentation of folk ensembles, bands, vocal groups and singers ‘Krakowski Wianek’ and the presentation of children’s folk ensembles from Kraków Land ‘Krakowiaczek’. Malczak also supports the Village Women’s Clubs, particularly with regard to the organisation of the annual presentations of their artistic and culinary activities. This is only a selection of more than 20 competitions, contests and presentations that aim at protecting and promoting cultural legacy that Antoni Malczak has helped establish. Another brainchild of his is a series of Regional Culture Congresses – several-day-long national conferences dedicated to protection of non-material cultural legacy, premiered in 2015.

The activist has also been highly effective in his applications for EU grants competitions. In this regard, his Sokół proved to be the leader amongst all the cultural institutions from Małopolska in the years 2007 – 2013. The acquired funds helped finance such projects as ‘Małopolska Źródłem Tradycji’ (‘Małopolska as the Source of Tradition’) and ‘Małopolska Szkoła Tradycji’ (‘The Małopolska School of Tradition’). The former is a research and documentation project related to the non-material cultural legacy of Małopolska, which will bring about the publication of a 10-volume album about traditional folk costumes in Małopolska, in addition to 3 audio-visual albums. The latter organises, in several regions within Małopolska, the so-called dens of tradition, i.e. venues of workshops devoted to folk music-making, dancing, traditional occupations and arts and crafts.

Antoni Malczak’s latest idea was to set up an Ośrodek Dziedzictwa Kultury Niematerialnej (Centre for Legacy of Non-Material Culture). The establishment was supposed to boast an innovative programme of activities, reaching, with its significance and scope of influence, much farther than just Małopolska. Unfortunately, the ambitious idea had to be scrapped due to lack of the funds that were initially promised.

Antoni Malczak is a man of passion and big heart. He has devoted most of his professional life to preserving and promoting the legacy of our ancestors. He is a well-respected person enjoying high esteem amongst scientific circles and folk artists alike. He is always accessible and ready to share help and advice. Working for the benefit of the community, he will be dedicated to every endeavour that may bear fruit.

The institution that he has been in charge of for almost 40 years can no doubt be a model example for similar regional and national establishments to emulate. Today, his output, which is an effect of enormously hard work and struggle to fulfil his ambitious objectives, is a treasure trove of riches that may be enjoyed by future generations. He has always had a well-defined vision of his work, in which concerns of the next person were more important than his own.

For its achievements in the field of protection of folk culture, the Małopolska Cultural Centre ‘Sokół’ in Nowy Sącz received the Oskar Kolberg Honorary Award in 1999 and the ‘Małopolska Leader’ honorary award in 2004.

For his professional and social work, Antoni Malczak has been chosen the ‘Man of the Year 1993’ by the readers of Gazeta Krakowska and received the Medal of the Commission of National Education in 1998, the Medal for Merit to Culture ‘Gloria Artis’ in 2008, the Silver Cross of Merit in 1986 and the Gold Cross of Merit in 2013. 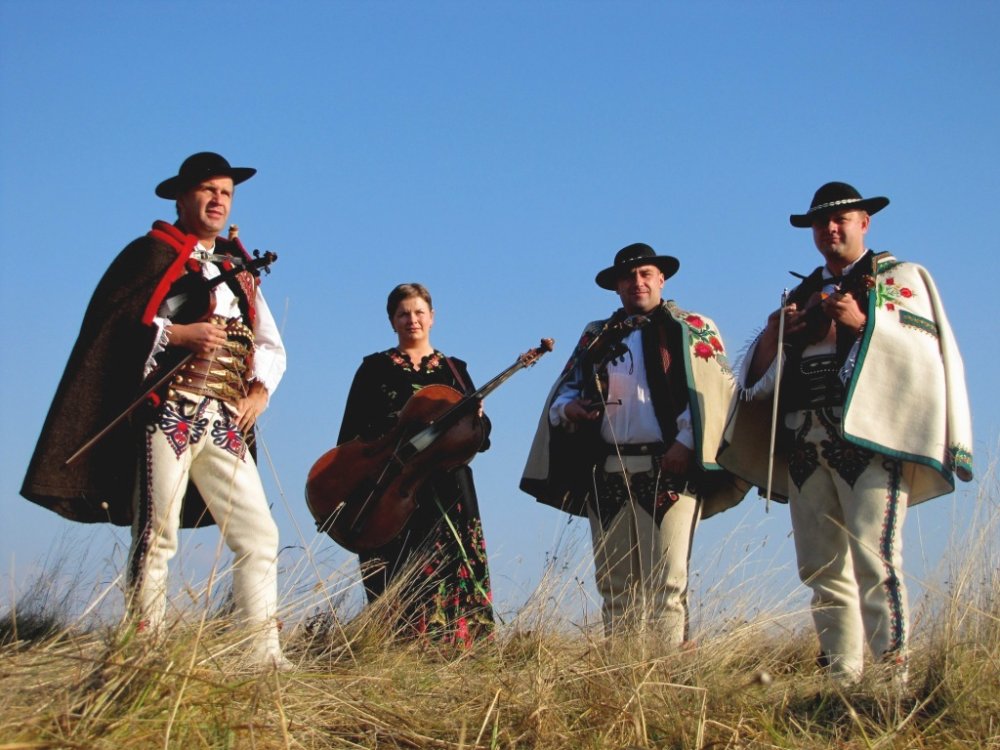