Helena Miazek née Kalińska was born in 1942 in Błędów, a village located in the commune (gmina) of Chąśno, where she still lives. When she was fourteen years old, she took an interest in artistic papercutting, when she saw a Łowicz-style historic cottage in the village of Złaków during a school trip. She became a professional folk artist after having failed to enrol in an agricultural secondary school of her dreams following the completion of her primary education. She initially knitted napkins and sweaters with her mother, and decorated postcards and hollowed Easter eggs with paper cuts. A few years later, in 1961, she commenced her collaboration with the Spółdzielnia Pracy Rękodzieła Ludowego i Artystycznego ‘Sztuka Łowicka’ (Folk Arts and Crafts Labour Co-Operative ‘Łowicz Art’), part of Cepelia, a state-owned folk art production enterprise. The art department of the co-operative, at that time, was headed by Zdzisław Pągowski (1909-1976), a Łowicz-based painter and enthusiastic promoter of his native region. His personality and artistic views hugely influenced the works of the young paper-cut artist. As an educator, he demanded that the new works be consistent with the regional tradition, but he also encouraged a personal quest to find a recognisable style within the canonical context. I often heard him say: „When I look at your paper-cuts: those feet, heads and tummies, I am impressed. They’re really good. You’ve got the touch. Just keep at it!” – I always remembered those words in my artistic career – says Miazek. Zdzisław Pągowski has not been the only influential person in Helena Miazek’s professional life. She also feels lucky and privileged to have come across Marianna Sołtyszewska (1927-2019), an excellent organiser, who served as director of the whole institution between 1953 and 1993. Sołtyszewska was able to get supplies of everything (e.g. high quality glossy paper) that was needed to keep her enterprise operational, even when the going got tough. Miazek still cherishes the memories of all those years when she was working for Sztuka Łowicka; she considers them the best time of her career. She gets very emotional when she reminisces about all the folk art fairs and fests that she went to, both in Poland and abroad: she took her paper-cuts to Italy, France, Belgium, the Netherlands and the United States. Those were the days! Everywhere we went with our products, the venues were packed with so many people that it was really hard to breathe. Our works were very popular – the people were enthusiastic about them – says the artist.

Helena Miazek never forgot the tips she was given by her mentors; thanks to them, she became a conscious artist, one who can easily interpret old, traditional designs without losing her own individuality expressed in a variety of formal applications. Her works are characterised by perfect clipping and well-informed judgement with regard to the choice of contrasted colours. She has developed a special openwork heart design inlaid with a Łowicz-style pair of characters wearing richly ornamented folk costumes. Miazek has been famous for her highly popular oval paper-cuts featuring scenes depicting old Christmas customs and special Easter paper-cuts in the shape of baskets full of lambs and decorative Easter eggs. Helena Miazek has also mastered the technique of embroidery; she specialises in regional costumes for dolls.

Helena Miazek’s works can be found in prestigious museum collections, in particular at the Museum of Łowicz (Muzeum w Łowiczu), which boasts sumptuous exhibitions of the impressively rich local folklore. Her other works are exhibited at the National Museum of Ethnography in Warsaw, the Museum of Mazowsze/Mazovia (Muzeum Mazowieckie) in Płock, the Regional Museum in Radomsko, and at the privately-run Folk Museum of the Brzozowski Family (Muzeum Ludowe Rodziny Brzozowskich) in Sromów and Prof. Marian Pokropek’s Museum of Folk Art (Muzeum Sztuki Ludowej) in Otrębusy. One of her works has also found its way into a collection in Lviv, Ukraine.

The artist maintains close links with a number of libraries, community centres and schools; she also conducts courses and workshops for children and adolescents. She is regularly visited by folk art enthusiasts from many parts of the world; they are eager to learn how to make beautiful paper-cuts first-hand. She has especially fond memories of guests who came all the way from Japan, where Polish folk papercutting enjoys amazing popularity.

Helena Miazek is a member of the Association of Folk Artists (Stowarzyszenie Twórców Ludowych). She pioneered fight against dishonest copying and borrowing of authentic works of folk art to be used in mass market products.

In 2014, the local authorities assigned her with a personal ‘Gwiozda’(local pronunciation of the word gwiazda – star) on the Walk of Fame in Łowicz’s Old Town Square. In 2017, she received the Łódzkie Voivodeship Sejmik Award in recognition of her overall cultural achievements.

Miazek has successfully showcased her works at numerous prestigious competitions. She is still an active and vivacious person, full of energy and fresh ideas. In 2019, she received the Second Prize in the ‘Traditional Papercutting’ category at the First Łódzkie Voivodeship Folk Papercutting Triennale organised by the Museum of Łowicz.

She would not have achieved all her professional success without help and support from her husband, Wiesław, who looked after their household and children every time she went away. The Miazeks brought up two children and they are now enjoying the life of grandparents and great-grandparents. 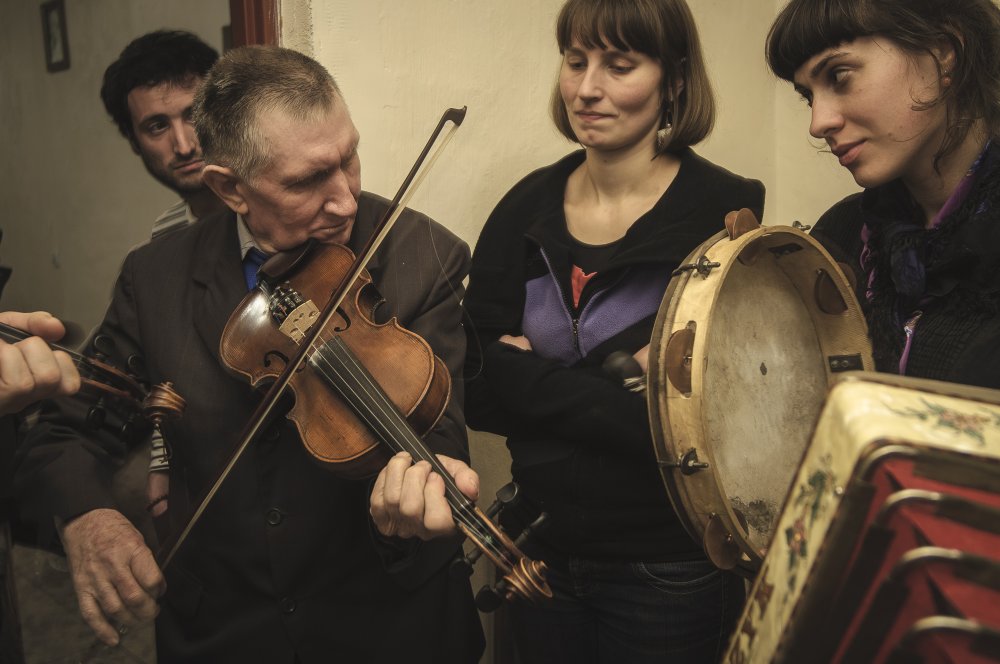