Józef Tomczyk was born in Mroczki Duże (currently in Kaliski Poviat) on 19 March 1940. In his own opinion, he owes his talent and love of music to Saint Joseph, who is his double patron (Tomczyk’s birthday is also his name day). As far as he can only remember, music has always been all around him; he heard it everywhere: in the sand shifted under the wheels, the iron pitchfork (especially with four tines) left outside in the wind and the birds trilling, and he could not be dragged away from the windows of the house in which a wedding party was taking place. He was so insistent and persuasive that – when he was five years old – his grandmother brought him a toy violin from Częstochowa. It did not last long, however, so he resolved to whittle his own tiny fiddle from a piece of pine wood, to which he nailed wires and a dried-out bladder (which imitated the thicker string). The bow was made from a birch twig and horse hair. Because he was struggling to conjure up any melody, he soon abandoned it in favour of searching for a genuine instrument, even resorting to blackmailing his family with “going on a hunger strike”. His father eventually relented, but the beginnings of Józef Tomczyk’s career were not easy: not only was there no one in his family to teach him, but the musicians in his village were unwilling to pass on their skills. In the end, however, one of them yielded to the boy’s pleading and showed him a few tricks of the trade. Józio (the nickname of his Christian name) was so enthralled that, after coming back home, he did not stop until he could recreate every single sound he had heard. When he played it for the same musician, the man refused to give him any more instruction for fear of potential competition. Józio was not easily discouraged, though, and soon enough he was able to master – having put a lot of effort and dedication to the task – any tune he had heard. Józef Tomczyk comments: „Whenever my parents took me along to a party and I heard some fiddle music, I could not get it out of my ears”.

When he was barely 10, he started performing at the so-called pograjki (local parties) and at every celebration held by his family or school. When he was already a teenager, he was once visited by a group of peers from the neighbouring village of Mroczki Małe, who asked him to play at their dance party. The invitation soon became a weekly fixture and later a partnership with one of the youths from Mroczki Małe, an accordionist. Their duo (sometimes augmented by a drummer) performed at wedding parties until the introduction of the saxophone as a favourite party instrument at the local events. By that time, Tomczyk was already married to the accordionist’s niece, Jadwiga, with whom he had settled in Mroczki Małe. However, housekeeping duties combined with the demand for fiddle music being on the wane eventually forced Józef Tomczyk to put his beloved instrument away. As life without music seemed unbearable to him, he took up the accordion, an instrument he had no problems mastering: „It is enough to press the key or button and the music plays itself”. He re-joined the band and soon they were back performing at weddings, dance parties or harvest festivals.

In 1993, the ensemble, augmented by the members’ wives and two female neighbours, performed at the district harvest festival in Błaszki. Such an impromptu scoring was the starting point of a vocal ensemble that he formed in Mroczki Małe. In the same year, employees of the Regional Cultural Centre in Sieradz prompted him to take up the fiddle again. Tomczyk had to recall the old tunes that he listened to when he was a child: beautiful owijoki, obery, polkas and chodzony. He appeared at competitions and folk music presentations, solo and in ensemble. His performances were noticeable for their original renditions of owijoki (plural of owijok, a Polish folk dance) and obereks. In 1996, he appeared in a duo with a double bassist at the prestigious Festival of Folk Bands and Singers (Festiwal Kapel i Śpiewaków Ludowych) in Kazimierz Dolny nad Wisłą, where they won the First Prize. In the subsequent editions of the Festival, he won the Second Prize in 2000 and the First Prize in 2004, performing solo.

Józef Tomczyk has proved to be a great educator of younger generations. His childhood experiences made him realise that anyone willing to play music should receive as much support as possible. In 2004-2005, he was a patron of a duo of small girls from Sieradz: a fiddler and a drummer, with whom he had a lot of educational success and professional satisfaction. He even gave them some workshops in his own home, where they stayed for a few days. Performing at the Festival in Kazimierz Dolny nad Wisłą in 2005, they won a prize in the ‘Big – Small’ category, in which the masters perform with their pupils. He has also taken part in a ministerial educational programme promoting traditional folk culture called ‘Krzesiwo’ (‘Fire Striker’). He has been visited by a variety of folk music enthusiasts, especially young students from ‘Domy Tańca’, an enterprise known as ‘Dance Houses’. When he lost his physical fitness and could not play any more after a serious illness in 2006, he still hosted young musicians who were keen to learn from a genuine master.

A few years ago, Tomczyk commenced his collaboration with the foundation ‘Dorzecze Prosny’ (‘Prosna River Basin’) from Kalisz, slowly returning to form and taking part in educational activities, such as workshops and special dance parties. In 2018, he took part in the concert ‘Muzyka dorzecza Prosny’ (‘Music of the Prosna River Basin’), part of the festival ‘Mazurkas of the World’ and featured in a film documentary, Ostatni muzykanci dorzecza Prosny (The Last Musicians of the Prosna River Basin). Every year, he conducts workshops for fiddlers and gives free individual sessions to the students of the instrument, many of which have gone on to pursue their own careers. In 2019 and 2020, he was included in the ‘Mistrz Tradycji/Master of Tradition’ programme run by the Ministry of Culture and National Heritage. This year’s edition of the programme has featured the artist’s great-granddaughter, Julia Grzelaczyk, a fiddler learning from her great-grandfather how to play his favourite kawołki. It gives Józef Tomczyk hope that music will be practised in his family for many more years to come. 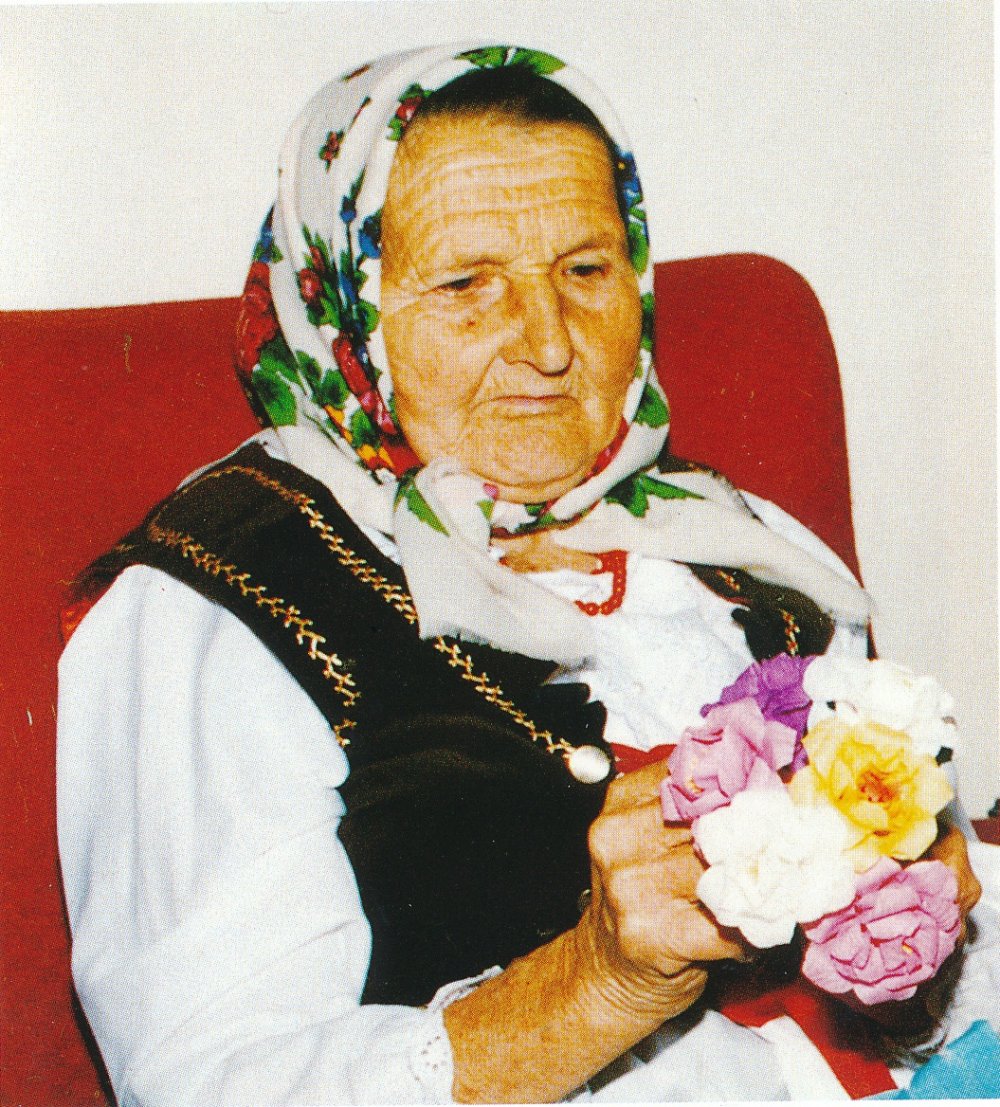