Danuta Marianna Radulska née Tarasik belongs to a group of only a few active weavers of the middle generation from the weaving centre in Janów. She uses handheld looms to make decorative woollen fabrics woven with the double-warped technique. She was born on 13 June 1956 in Chwaszczewo, Gmina Janów, Podlaskie Voivodeship. After getting married in 1974, she moved to the nearby village of Wasilówka, where she worked on a farm, and where she has woven and lived ever since. When she was a small girl, she helped her mother weave decorative multi-heddle fabrics and carpets. She made her first carpet for her own apartment in 1974. To prepare her first warp and spin it on to the workshop, she was helped by her neighbours – the distinguished Janów-based weavers Regina Masełbas and Wanda Rogalska. Danuta Radulska was instructed how to use the double-warped technique in the mid-1980s by the eminent folk artist from the weaving centre in Janów – Teresa Pryzmont. Her fabric bearing the traditional motif of a „flower with a big head” was highly praised by ethnographers working for Cepelia. For a brief few-year spell, she wove carpets for the handicraft cooperative Cepelia from Białystok. In 1999, she started cooperation with a professional artist, Barbara Hulanicka, with whom she completed more than 30 weaving designs until 2004. Their last joint project was made in 2010. When she accepted completed fabrics, Hulanicka would occasionally remark that it was Radulska rather than herself who should be considered the author of the work. In 2012, at an exhibition called The Splendour of the Fabric (Splendor tkaniny) held at Warsaw’s Zachęta gallery, she transcribed into the double warp language the graphic design of the text installation Ból nie minie (The Pain Will Not Stop) by artist Jadwiga Sawicka. The fabric found its place in the collection of the Museum of Art (Muzeum Sztuki) in Łódź.

The weaver has worked out her own inimitable style. Her fabrics exhibit a high technical level of proficiency, as well as compositional and colourful qualities. She is keen on drawing on nineteenth-century patterns. Being also influenced by the Janów-based designs and compositions, the artist is still able to create new motifs and come up with new themes of narrative fabrics. She is at her best when combining village life scenes, meticulously arranged and translated into the language of weaving, with motifs borrowed from old, nineteenth-century fabrics.

Her works have been displayed at a number of prestigious collective exhibitions, e.g. in 2009 at the big monographic exhibition Polish Double-Warped Fabric (Polska tkanina dwuosnowowa) in the Podlasie Museum (Muzeum Podlaskie) in Białystok, in 2012 at the exhibition The Splendour of the Fabric in Warsaw’s Zachęta, at the exhibition Everyday and Festive Rituals (Obrzędy powszednie i odświętne) in Białystok’s Galeria Arsenał, as well as the exhibition Double-Warped Fabric Reactivated (Reaktywacja tkaniny dwuosnowowej) in the Central Museum of Textiles (Centralne Muzeum Włókiennictwa) in Łódź in 2012.

Since the 1980s, the weaving artist has taken part in national and regional competitions, as well as markets and fairs of folk art, e.g. at the Folk Art Fair in Kazimierz Dolny, the Jagiellonian Fair (Jarmark Jagielloński) in Lublin, as well as the Sculpture, Smithery and Double-Warped Fabric Folk Fair and the Saint John Fair (Jarmarki „na Jana”) in Białystok (until 2016). Danuta Radulska’s carpets have received numerous prizes at folk art contests and found their way into private collections in Poland and abroad, e.g. Japan, Switzerland, Germany and England.

Danuta Radulska has been actively promoting this unique technique of weaving. She has taken part in a number of educational projects, in which she has taught the double-warped technique to weavers from Poland, Norway and Japan. She has also taught her daughter-in-law Karolina Radulska, who herself became a member of the Association of Folk Artists (Stowarzyszenie Twórców Ludowych) a few years ago. She has also taken part in the Ministry of Culture and National Heritage’s programme ‘Mistrz i uczeń’ (‘Master and Pupil’), in which she passes her skills and experience down to the young students trained in this difficult technique. In 1994, she opened her workshop to both tourists and weaving connoisseurs within the project called the Folk Handicraft Route in Podlasie (Szlak Rękodzieła Ludowego Podlasia).

In 2009, influenced by the project called ‘The Natural Methods of Dying’ (‘Barwienie metodami naturalnymi’), she committed herself to restoring the tradition of dying wool with natural dyes, initiated in the 1930s by Prof. Eleonora Plutyńska, in collaboration with a group of weavers from Janów. Their success may help restore the tradition of natural dying in the Janów centre, as it was almost completely forgotten by the weavers after Plutyńska’s death. Danuta Radulska has invested her own efforts in working out a technique of dying wool with mint and chamomile (green), onion peels (beige), elder (lily and navy blue), goldenrod (yellow and green), green walnut shells (brown) and turmeric (yellow).

For the last seven years, she has collaborated with weavers from Janów on joint projects with a promoter of the Polish double-warped fabric from Japan, Izumi Fujita. Her big decorative fabrics and functional objects, such as pillow sheets, tablecloth, make-up bags and other types of bags using traditional and narrative patterns on a loom, have enjoyed a remarkable success in Japan, where they found a fair share of clients and enthusiasts.

Danuta Radulska has been a member of the Białystok Branch of the Association of Folk Artists in Lublin since 1994, serving as its president for the last two terms. In 2014, she was awarded the Silver Cross of Merit by the President of the Republic of Poland. 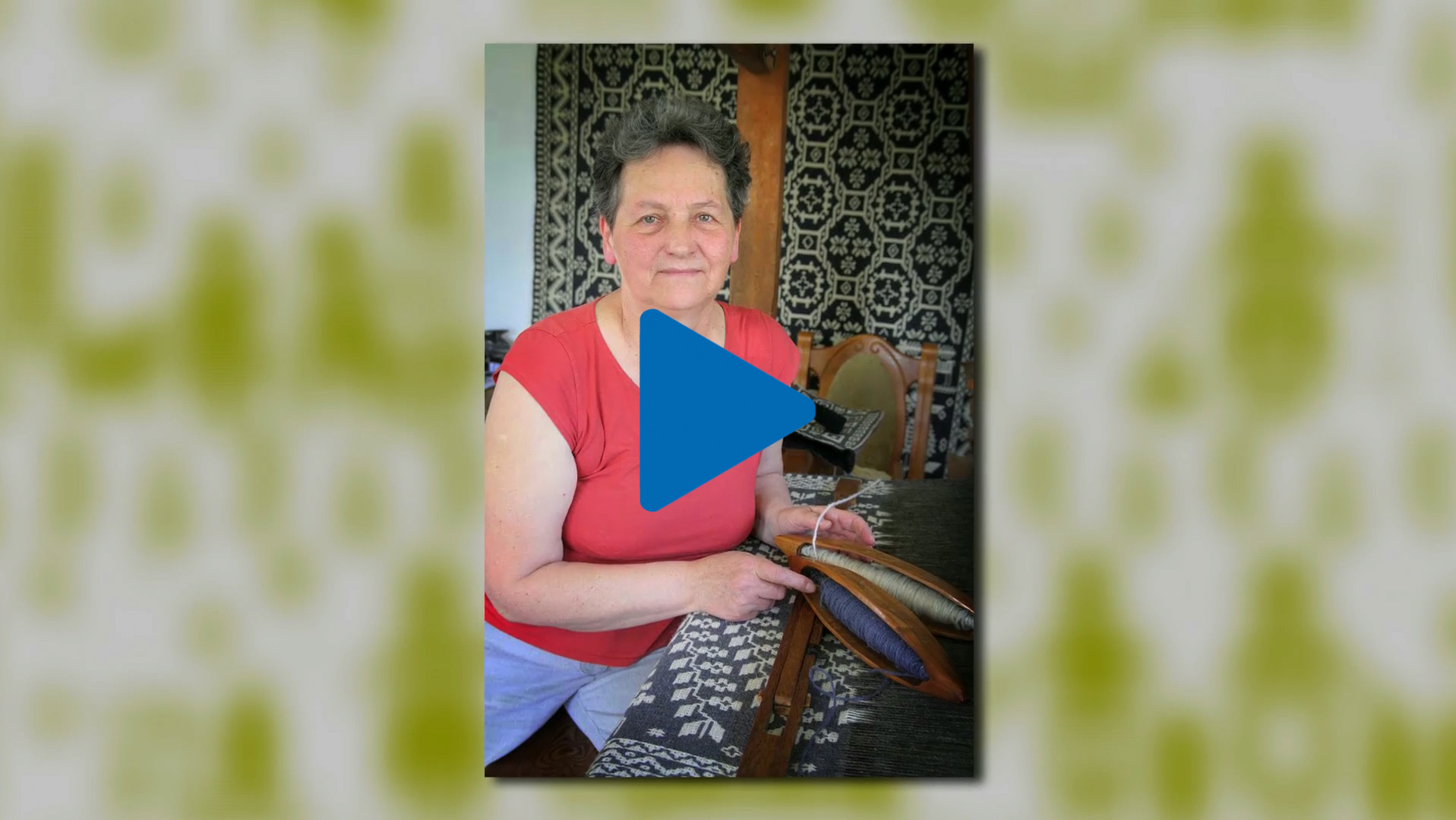 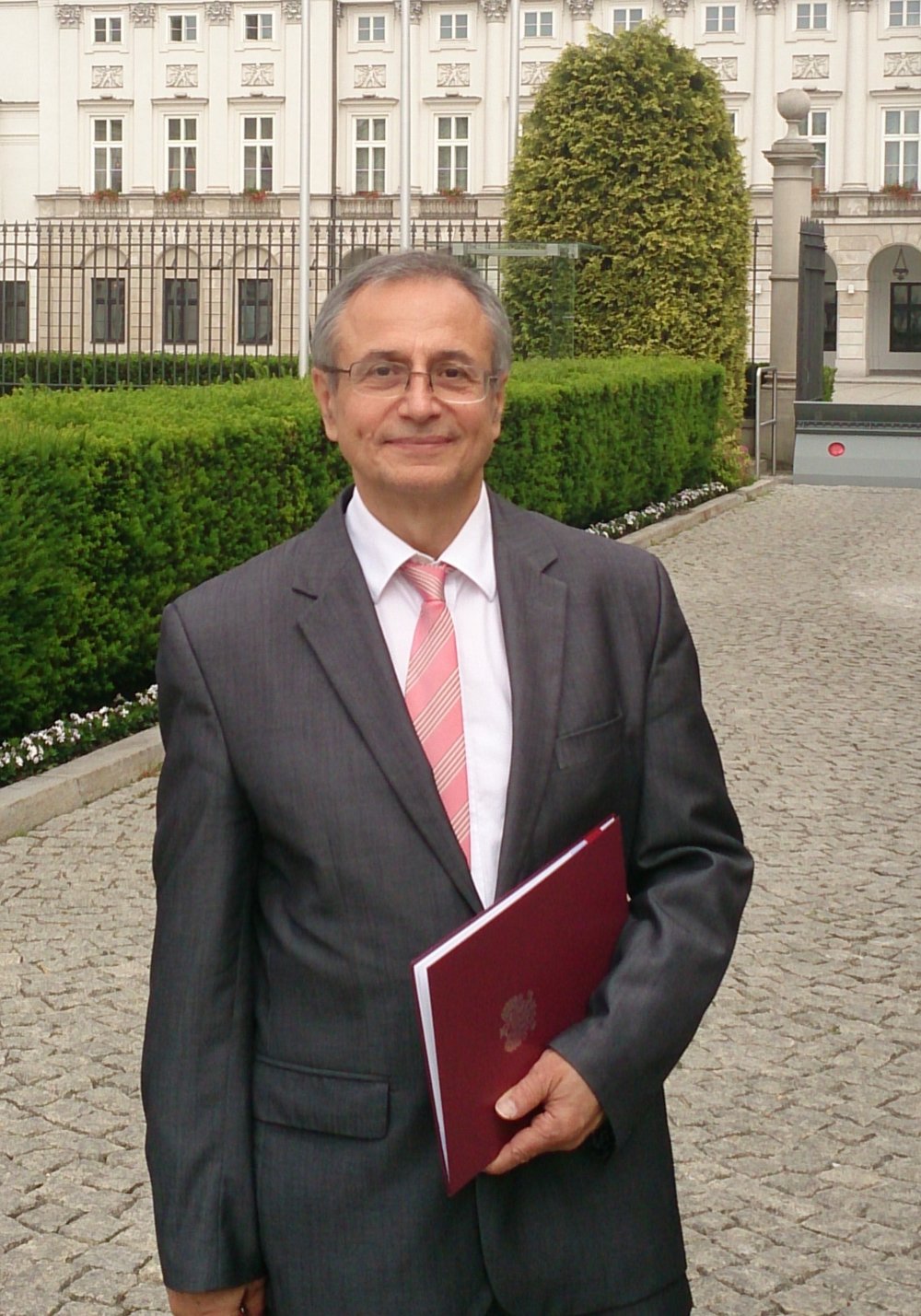