Field of activity:
Musician and teacher of local folk instruments from Wielkopolska

He is only 58 years of age(born 1960 in Poznań), which makes him one of the youngest winners of the Oskar Kolberg prize, but he already has a very rich and successful career under his belt. Romuald Jędraszak’s family never made music and yet he himself was in love with music (and the musical tradition of the region of Wielkopolska) as a ten-year-old boy, and this passion has never left him, especially when it comes to bagpipe music.

He learnt the playing techniques and the melodies by ear, listening attentively to the pipers of the older generation. His mentor was Stanisław Grocholski, an old piper and a leader of a pipe band in Poznań. He made his debut in October 1971, at the Second Bagpipe Tournament (Turniej Dudziarzy) held in Gołębin, where he teamed up with his friend, violinist Renio Dukat, whereas in 1976, when he was sixteen, he was given an honourable mention at the National Festival of Folk Bands and Singers (Festiwal Kapel i Śpiewaków Ludowych) in Kazimierz. His career of a bagpiper and a violinist, however, was cut shortly after that event, when he decided to rather pursue the more stable profession of a mason. Many years had passed before he was finally convinced to return to music-making by Prof. Bogusław Linette, a Wielkopolska-based expert and long-standing juror of local and national bagpipe events, and by Janusz Jaskulski, curator of the Museum of Musical Instruments (Muzeum Instrumentów Muzycznych) in Poznań. He also started teaching young musicians the art of playing such instruments as fiddle, mazanki (a kind of small violin), bagpipe and sierszeńki (a type of bladder pipe). But that was just the beginning of a very long musical career that Romuald Jędraszak had embarked on. He taught violin to his young son Marcin and bagpipe to same-aged Bartosz Mięclewski. The latter is the grandson of Stanisław Grocholski. His first pupils had needed only a year of practice before they won the first prize in Kazimierz in the category of Master-Pupil. More pupils came flocking in crowds. Being a Kazimierz juror with a 26-year experience, I have had multiple opportunities to listen and award them. There is no doubt that Romuald Jędraszak is in a class of his own! He is a peripatetic teacher travelling to a number of different localities, e.g. Stary Gołębin, Stęszew, Połajewo, Szamotuły and the Community Centre ‘Castle’ (Centrum Kultury ‘Zamek’) in Poznań. He has had a few dozen pipers trained under his watchful eye thus far, seventy or eighty according to his own estimates. His oldest pupil has been a retired professor of Poznań University of Technology (Politechnika Poznańska). Jędraszak is one of the last masters using the traditional method of direct contact between a master and his pupil without the help of a musical notation.

For many years, he has been the director of Kapela poznańskich dudziarzy (Poznań Pipe Band) and an instructor in four other centres, and he has also been a promoter of traditional music having acquired immense practical expertise in this field. He regularly gives concerts in kindergartens and schools, takes part in the classes of the Kolberg Academy (Akademia Kolberga) programme, and runs numerous bagpipe and braced violin workshops at the Master School of Tradition (Szkoła Mistrzów Tradycji) in Wąchabno and Poznań, in various community centres, at competitions and festivals, and even at the Institutes of Polish Culture abroad (Vienna, Madrid). His pupils frequently take part, and are awarded, at the Festivals in Kazimierz, in Kopanitsa (in Bulgaria), at the pipe band tournament in Kościan and at the Ratajczak Brothers competition in Bukówiec Górny.

He can often be found organising such projects as the Zlot Dudziarzy Europy Pipefest (Poznań-Wielkopolska), the Carolling Piper Meetings (Spotkania Kolędników-Dudziarzy) in Połajewo, the Folk Music Competitions in Kopanitsa and the pipe band exchange programme between Wielkopolska, Scotland and Orava (2001-2018). For the last couple of years (since 2016), Romuald Jędraszak has been actively involved in the activities of Kapela spod Poznania, an ensemble consisting of the best graduates from five different centres plus the master himself (in the multiplied traditional lineup of bagpipes and fiddles), which upholds musical traditions from the province of Wielkopolska (including dances) at bagpipe-featuring dancing parties (in Poznań, Zbąszyń, Bukówiec Górny, Połajewo and Katowice) and at large festivals (Ethnoport, Mazurkas of the World, Kazimierz-based Festival of Folk Bands and Singers, and Gajdovacka). Both as a solo bagpiper and an ensemble recitalist, Romuald Jędraszak has made numerous recordings for Polskie Radio Warszawa (Polish Radio Warsaw) and Radio Zachód Zielona Góra. Some of them are also kept in private musical archives. 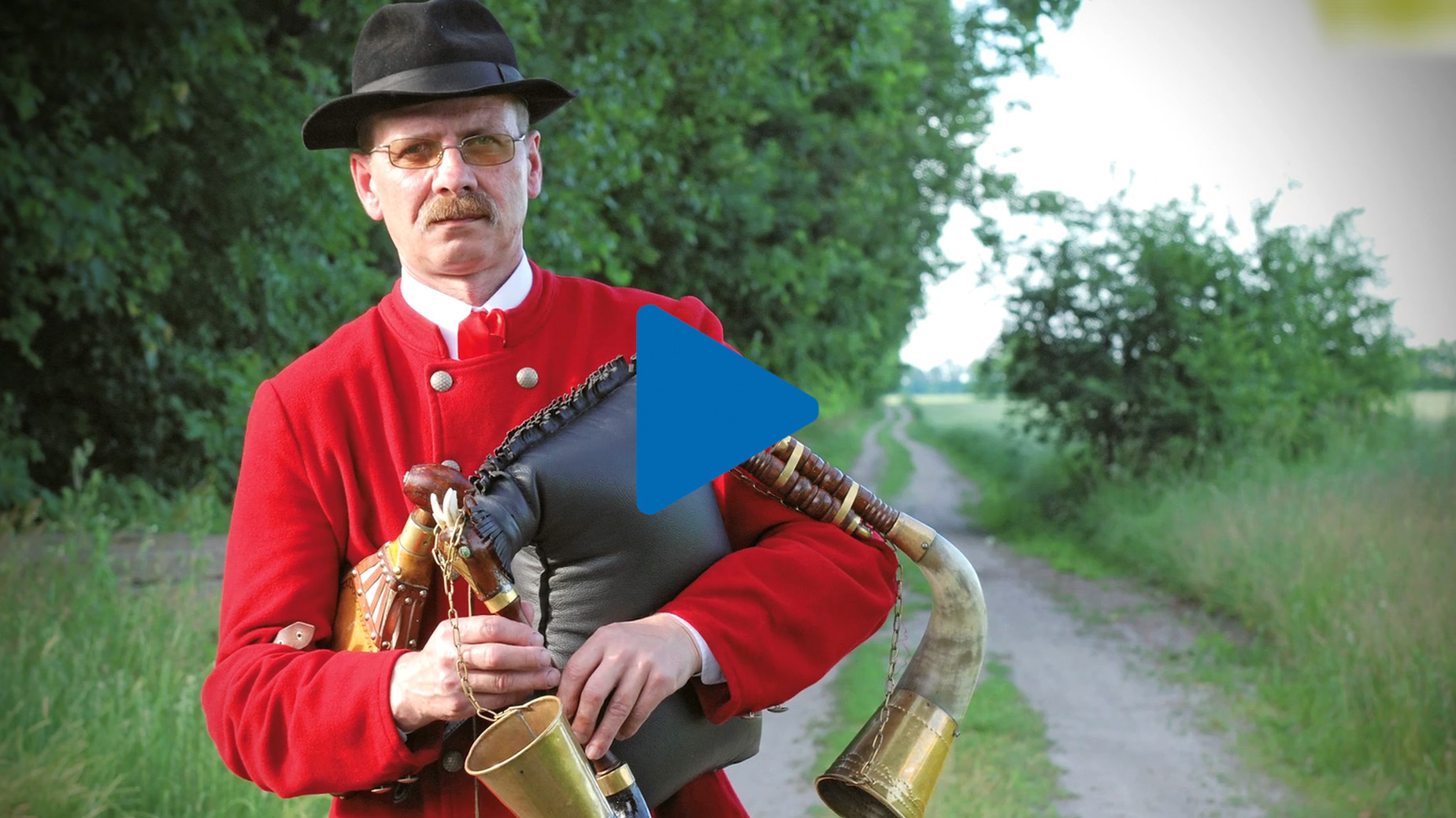 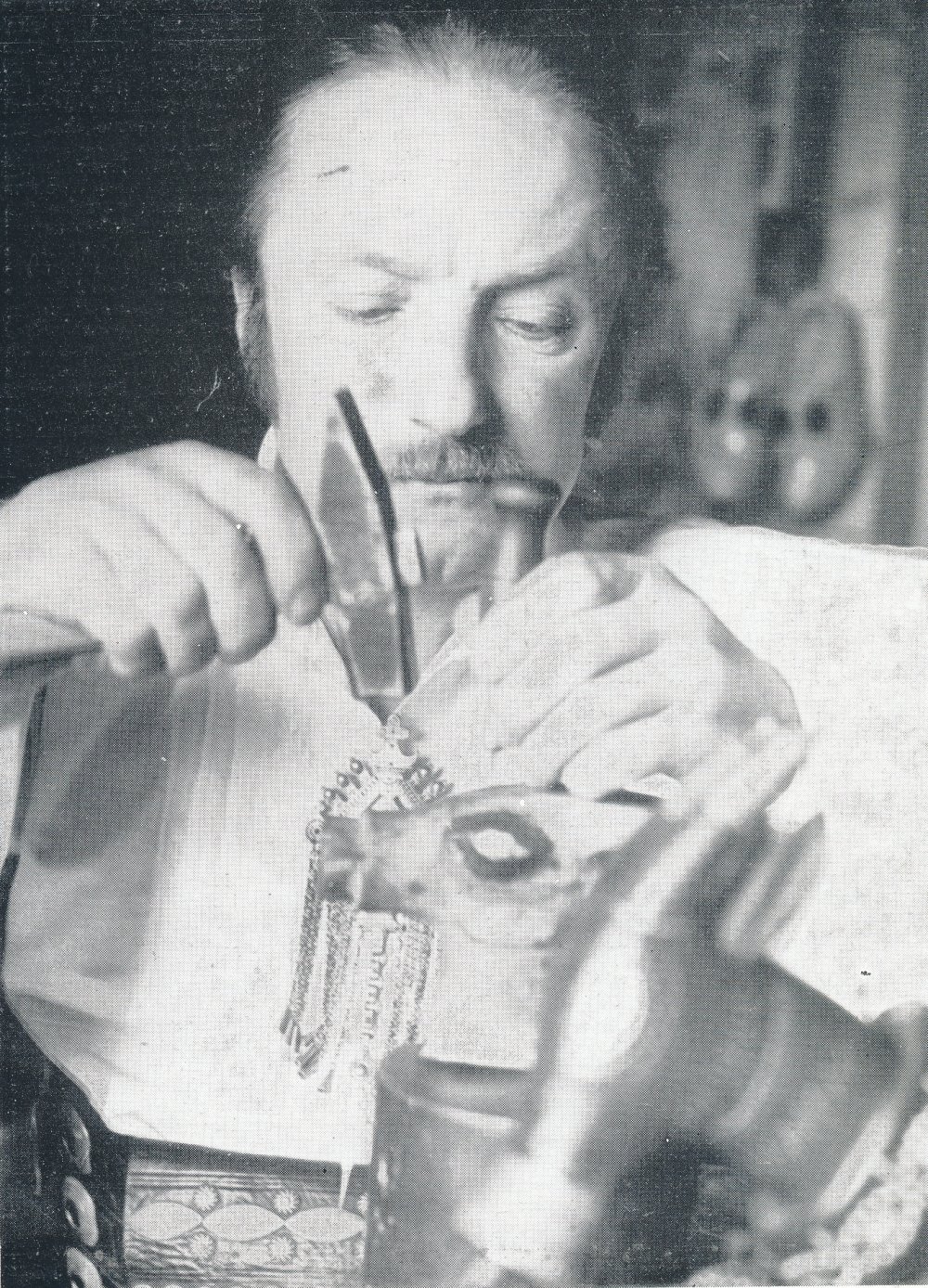