Stanisława Kowalska was born in 1933 in the village of Golina near Jarocin in Wielkopolskie Voivodeship, where she has lived all her life. Her work and passion have been inextricably linked with her efforts to uphold the local traditions. She has manufactured regional artistic reel made embroidery, tulle embroidery, folk costumes and regional style bonnets. She does not keep her vast expertise and amazing skills all to herself, though, as she would rather pass them down to the next generations of her numerous pupils. She shares her passion in the hope of saving at least some of the tradition she inherited. She is a master of a dying art. A master of traditional folk-style bonnets.

Golina is a large village in the province of Wielkopolska, which after the ravishes of two world wars still preserves local traditions, especially the art of reel made embroidery, otherwise largely forgotten. The village owes much of its embroidery-manufacturing fame to former local landowner Helena Moszczeńska, a folk art activist before the Second World War. Golina with the neighbouring villages still serves as a thriving centre of artistic embroidery production, in which a dozen active embroideresses pass the tradition down to the younger generations. The late Pelagia Pietrzak, a Kolberg Laurel winner, was one of its residents. There is another laureate of the same distinction living in Jarocin, Eugenia Wieczorek, who makes tatting embroidery.

Stanisława Kowalska, at that time still known by her maiden name of Stasia Wojtczak, first made embroideries as a teenager in 1949, while attending a course of reel made embroidery run by Helena Bernasowska, former pupil of Countess Moszczeńska. Kowalska for many years produced embroideries on canvas and tulle with the techniques and patterns inherited from the older Golina-based embroiderers. She has been one of those local embroidery makers who have stood by the traditional local decorative embroideries albeit with the addition of their own creations as a response to the changing contemporary circumstances and tastes. The commissions came from private fans and collectors and from the national Cooperative ‘Cepelia’, for which Stanisława sewed for many years. She specialised in napkins, bedclothes, folk costume decorations (shirt cuffs, flange collars, aprons) and most of all tablecloths intended for the church in Golina.

In the early 1970s, Stanisława Kowalska embarked on a new path, when she started learning the difficult art of bonnet sewing after a short training course with a doyenne of bonnet making from the neighbouring village. She perfected her skills with her mother Józefa Wojtczak, who was skilled in the art of embroidering. She made use of various styles traditionally applied around the towns of Jarocin and Szamotuły, and in the ethnographic region of Biskupizna. Her creations soon found appreciation in the form of prizes and honourable mentions. She sewed tulle and decorative (canvas) bonnets for more than a dozen folk ensembles operating in the poviats (districts) of Jarocin, Krotoszyn and Pleszew.

Since the 1980s, Stanisława has appeared with her productions at regional art fairs and folk events, mostly organised by the Regional Community Centre in Kalisz, and later by the Centre of Culture and Art (Centrum Kultury i Sztuki or CKiS) in Kalisz and the Community Centre in Jarocin. In 2015, in association with the CKiS, she recorded a training video about traditional bonnets titled Ginący zawód – układanie czepców wielkopolskich (A Dying Profession – Designing Bonnets in Rural Wielkopolska), in which she instructively explained every detail of the traditional bonnet making process.

Stanisława is almost 85 years of age now and sadly she never found a worthy successor until in 2017, in Jarocin, she gave a special master workshop of regional bonnet making. The project was jointly sponsored by the CKiS in Kalisz and the Ministry of Culture and National Heritage. The workshop offered an introduction into the intricacies of the art and gave the students practical skills they would need if they wanted to pursue it. The year-long course was completed by 14 apprentices, ready to carry on the tradition to the next generations of local residents in Poviat Jarociński.

Mrs Stanisława Kowalska is a humble person. Throughout her life, she strived to reconcile her professional commitments with her passion for embroidery and dressmaking, and she succeeded. She has found time and resources to start a family, build a house, raise a daughter and grandchildren, and on top of that do some farming as well (she has a small farm to attend to). Despite all these chores and challenges, not a single day in her life could have been spent without doing some embroidering and bonnet sewing. She could not live without it. Her house is filled with scattered designs of her next projects, bonnets waiting to be washed, unfinished napkins, as well as old and new motifs scribbled on sheets of paper. The tables display a collection of dolls dressed in traditional tailor-made costumes with decorative shirts, aprons and bonnets planted on their little heads.

Prizes and plaudits came late, towards the end of the 1980s, when Stanisława Kowalska received a few awards in recognition of her embroideries and Jarocin-style costumes. A new wave of fame and praise arrived only after 2001. Arguably though, her most valuable contribution has been made to the preservation of the local style decorative bonnets. The whole project begins when a pattern or motif is drawn, then a ‘bottom’ and two ‘boards’ are cut out and embroidered, followed by a complicated process of applying a special type of trimming device (she calls it ryszka) to keep the bonnet in one place. Later on the right form of the ‘bottom’ must be applied and finally the entire bonnet is sewn together. Mrs Kowalska’s works are kept in the museums in Jarocin, Włocławek and Kalisz, but also in many private collections. In December 2017, she was given the honorary medal ‘For Merit to Wielkopolskie Voivodeship’. For Stanisława, embroidering is a constituent element of regional tradition. She also values its aesthetic aspect believing that her beautiful works make the world a better place. She is equally earnest when it comes to passing her skills and experiences down to younger artists, firmly believing in a kind of generational relay race. With that in mind, she is always on the lookout for her next embroidering project. 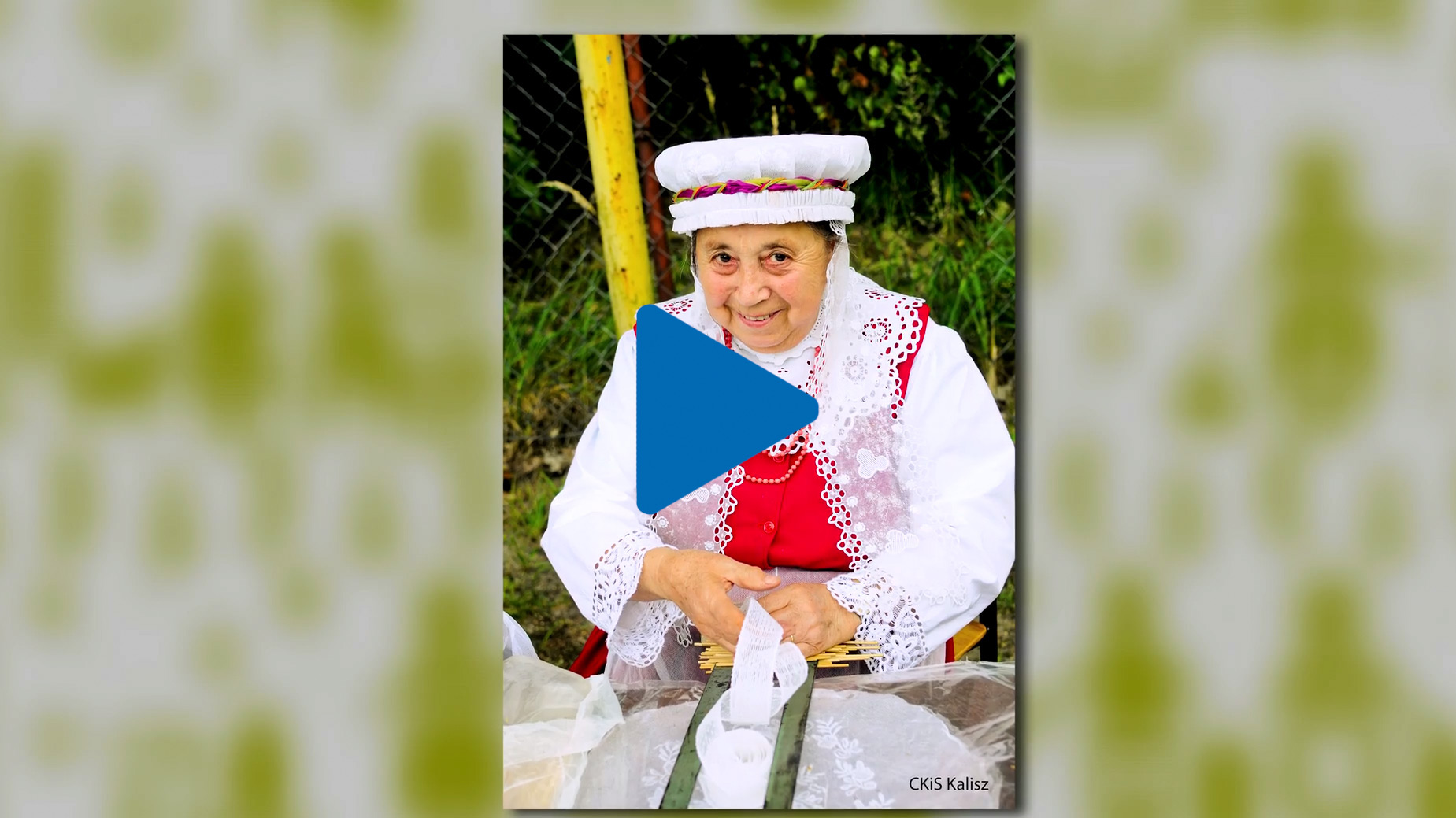 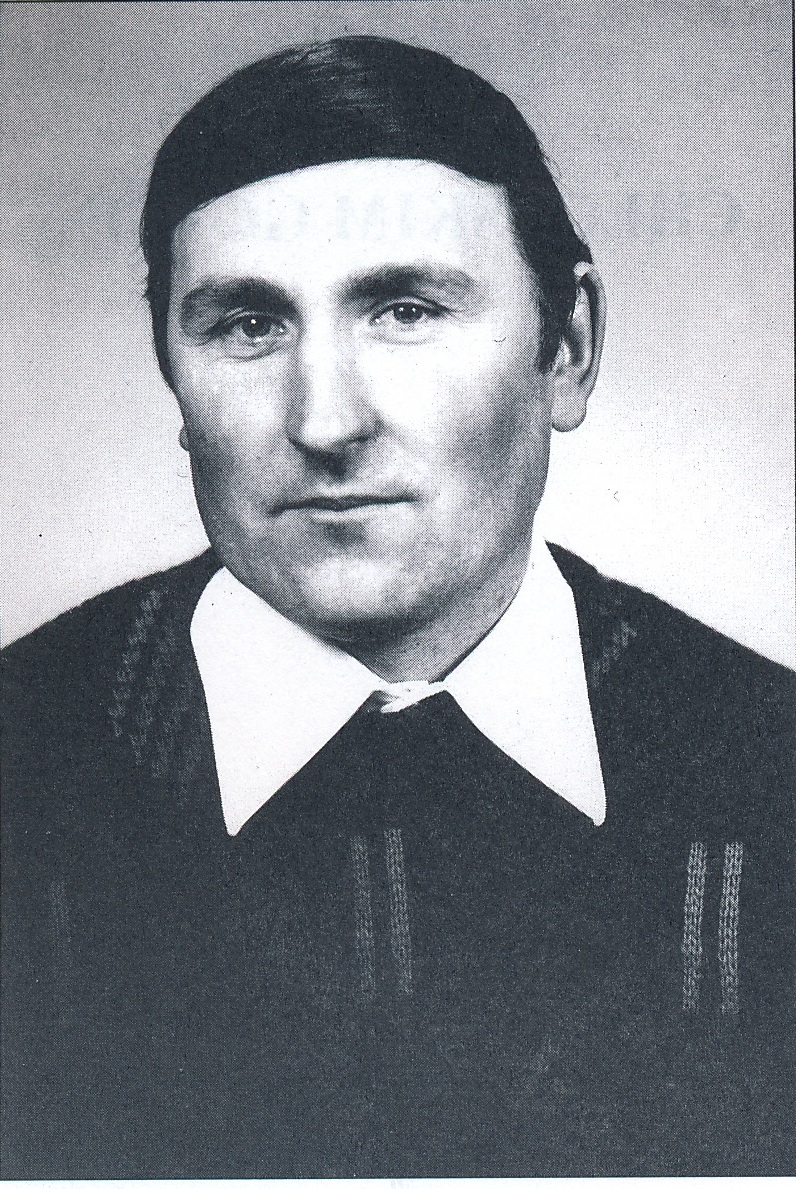