Region:
Mallet – a jewel of Polish heritage in the heart of Brazilian Parana

The Mazury Ensemble is currently one of a few dozen ensembles that have been founded by the Polish diaspora in Brazil. Many of them, including Mazury, have operated in the state of Parana with its largest population of the descendants of Polish settlers in Brazil. Polish folk ensembles and choirs have cultivated, for a few generations, the memory of the homeland of their ancestors and have proudly displayed their cultural legacy, preserved in the dances and songs transported from the far-away country of Poland.

The journey of the Poles to Brazil and their beginnings in the new country were not strewn with roses… The first Polish immigrants arrived in Brazil in the mid-nineteenth century. In 1869, large groups of Poles settled in the states of Santa Catarina and Parana. The biggest wave of immigrants from Poland, mainly from the provinces which were at that time occupied by Russia and Prussia, arrived in Brazil in the late nineteenth century. Since 1890 until the outbreak of the First World War, there were an estimated 100,000 Polish people coming to Brazil. They were fleeing their homeland to escape repressions from the occupying forces, but also in search of a better life on their own plot of land that had been promised to them in far-away Brazil. Most settlers found their homes in the interior, in the wild countryside, where they were given land to own and use. Although the first Polish chroniclers in Brazil wrote that the climate was favourable and the land was arable, the first settlers were in fact left on their own having to administer their own resources to adapt to new conditions, which were so strikingly different from what they had been used to. They gave Polish names to the settlements they established, they replicated their original Polish houses and spared no effort to live as though they had never left Poland… The Polish communities lived in accordance with the Polish lifestyle, but as time went by they gradually adapted to the Brazilian way of life. Until 1938, Polish immigrants mostly married among themselves, cultivating Polish traditions, language and festivals, founding Polish cultural and social organisations, and bringing out Polish weeklies, such as the Lud (People) and the Gazeta Polska (Polish Gazette). Today, the biggest population of people having their roots in Poland lives in the state of Paraná, which is the most ‘Polish’ state in the whole of Brazil. There are an estimated 1.2 - 3 million people of Polish origin living in Brazil nowadays. The Polish Brazilians‘ capital city is located in Curitiba, home to a whole host of Polish institutions, including an open air museum named after Pope John Paul II, which showcases the history of the Polish immigration in Brazil. Lying southwest of Curitiba, Mallet is the second most important ‘Polish’ city in the state of Paraná. The settlement was established in the late nineteenth century with the Polish expatriates making a considerable contribution to its subsequent development and progress. Every tenth inhabitant of Mallet still bears a Polish name, as does a large number of streets. The city can also boast one of the first Polish parishes that were founded in Brazil, still serving as a cultural centre for Polish ensembles and organisations. What is also worth mentioning is that the city of Mallet is where the Nicolaus Copernicus (in Polish Mikołaj Kopernik) College was established in 1911. It was the first Polish secondary school in Brazil. The school was nationalised in 1938. Its alumni have formed the city’s cultural and intellectual elite and even today many Polish activists in Mallet draw on the legacy and history of the original Polish school. One of the most dynamic Polish institutions in Mallet, and in the whole of Paraná for that matter, has been the Polish Folk Ensemble Mazury, established in 1993 by Mrs Guizelia de Almeida Wroński, a teacher and a notable Polish activist. The ensemble is made up of several different sections: for the children, the youth and the adults. Since 2006, the ensemble’s artistic and choreographic care has been taken by Lucas Antunes dos Santos. Mr dos Santos has graduated with a diploma in physics from Jagiellonian University (Uniwersytet Jagielloński) in Kraków, Poland and he has also completed (with distinction) the Polish Diaspora Folk Ensemble Instructors College (Studium Folklorystyczne dla Instruktorów Zespołów Polonijnych) at the Maria Skłodowska-Curie University in Lublin, Poland (in 2010). The ensemble’s artistic director has kept close relationships with Polish dancers, choreographers and ethnographers. It has been one of the reasons why Mazury has been so outstanding with regard to its impeccably authentic folk costumes, high artistic level of performances and broad spectrum of educational activities offered to the Polish-Brazilian communities. As a choreographer, Mr Lucas Antunes dos Santos has made more than 20 choreographies of Polish traditional dances and 30 musical arrangements for Polish dances and songs. To his name he also has numerous editions of methodological guidebooks for dancers and Polish-Brazilian folk ensembles. Thanks to his efforts, the Mazury Ensemble has been famous, both in Brazil and abroad, for the quality of its artistic and educational programmes. For the last 25 years, the ensemble has performed at all the major folk festivals in Brazil, as well as in Argentina, Paraguay, Austria and the Czech Republic. It has also appeared twice in Poland, at the World Festival of Folk Ensembles of Polish Diaspora (Festiwal Zespołów Polonijnych) in Rzeszów. The ensemble’s repertoire includes Polish national and folk dances from the most important regions of Poland: Łowicz, Podhale, Kurpie, Lublin, Opoczno, Wielkopolska etc. Mazury prides itself on its artistically impeccable performances and comprehensively trained members. It also goes to great lengths to cultivate traditional Polish customs and rituals. For its overall achievements, the Polish Folk Ensemble Mazury has been awarded the Honorary Diploma of the ‘Polish Community’ (‘Wspólnota Polska’) Association (in 2008), the Gold Medal at the International Folk Competition in Puerto Iguazú, Argentina (in 2011) and the Main Prize at the Fifth Polish Folk Festival for Children and Youth in Curitiba (in 2011). 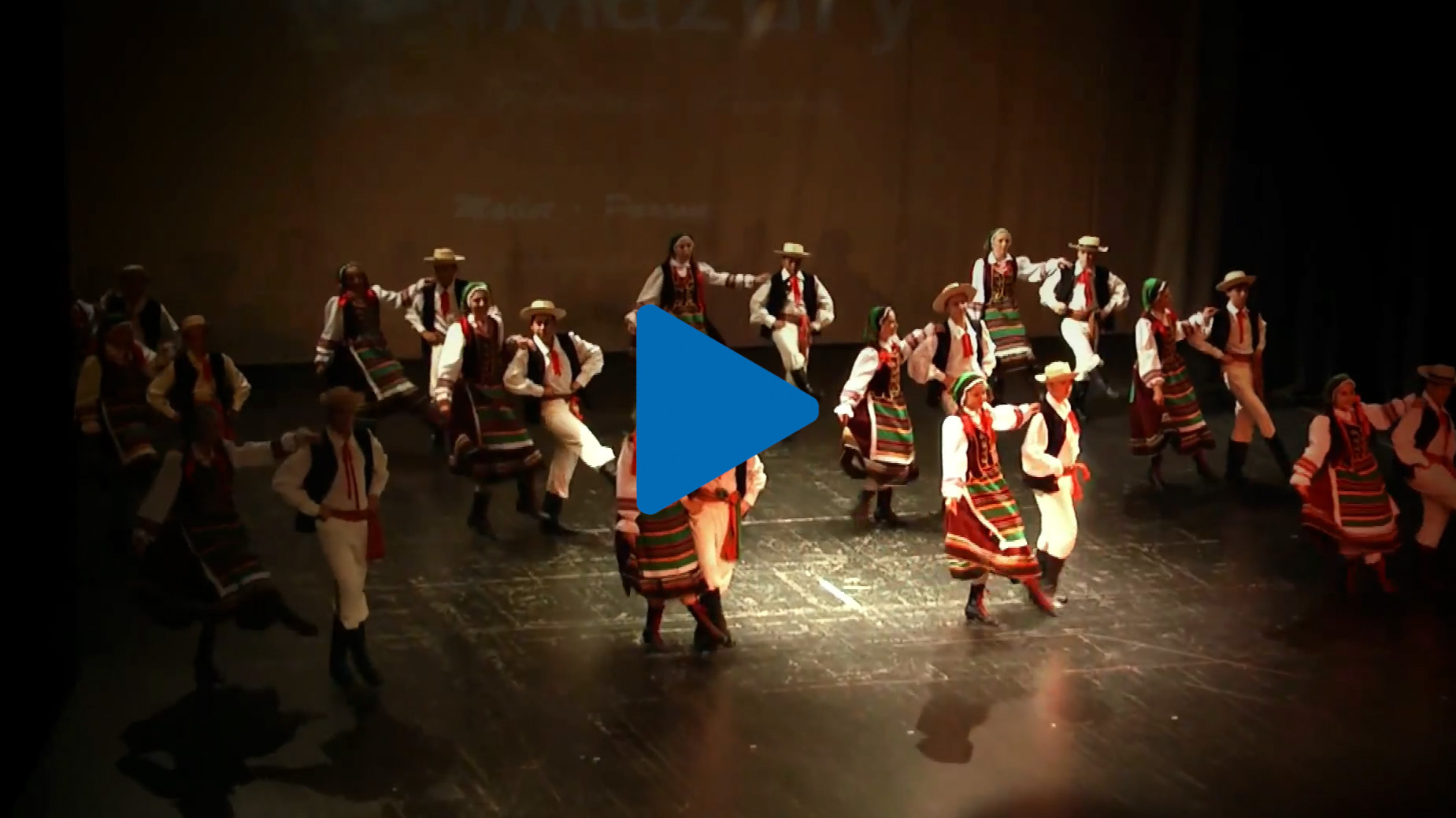 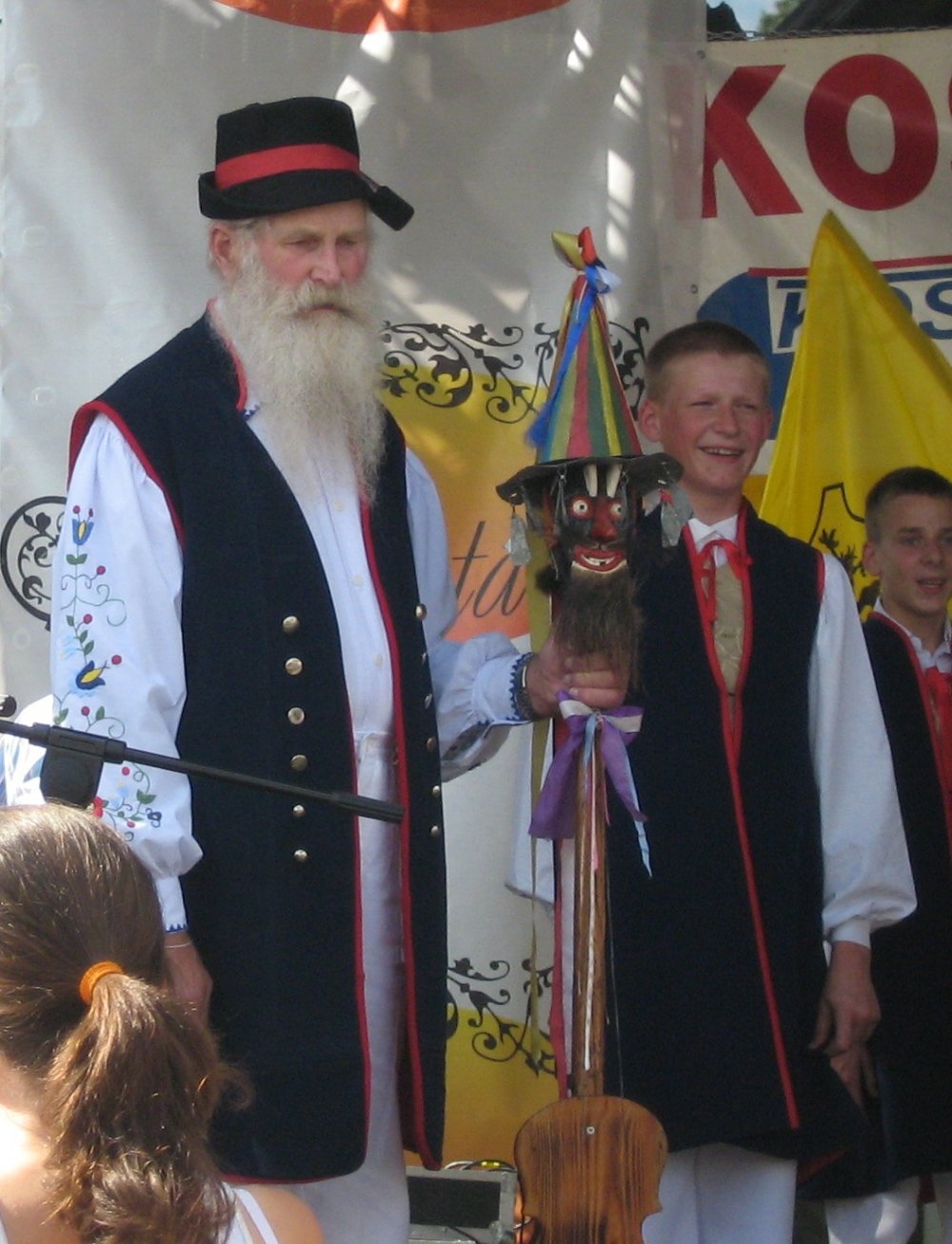