The quarterly Tatrzański Orzeł/The Tatra Eagle was first published in 1947 in Passaic, New Jersey (USA) by a Polish immigrant from Ostrowsko in Podhale, Jan W. Gromada, the creator of the second Polish-American highlander centre on the eastern coast after Chicago. Since that time, the Tatrzański Orzeł has been edited and published by the Gromada family residing in the state of New Jersey. Until J.W. Gromada’s death in 1996, Tatrzański Orzeł/The Tatra Eagle has been brought out as a press organ of the Polish Tatra Mountaineers Alliance, Circle XI of Passaic, NJ of the Polish Highlanders Alliance of North America. J.W. Gromada was the president of the Circle from 1936 until the end of his life. After his death, when all the editorial duties were taken over by his daughter Janina Gromada-Kedron (born 1931, Passaic, NJ) and his son Prof. Tadeusz Gromada (born 1929, Passaic, NJ), the Tatrzański Orzeł has been sponsored by the Tatra Eagle Fund, established in the United States by the Gromada family and published by the Tatra Press since 2012.

Since its foundation, Tatrzański Orzeł/The Tatra Eagle – a quarterly promoting ‘the Podhale thought’ – has served the Polish-American highlander community as an unofficial organ of the Polish Highlanders Alliance of North America (Związek Podhalan w Północnej Ameryce, ZPPA) and has been a link between Poland and the USA, but also Canada, the United Kingdom or Australia, reaching out as far as any Polish Tatra highlander lived. Its three linguistic codes: highlander Polish, standard Polish and English, have been used to connect different generations of ethnic Polish highlanders living abroad. Apart from its regional recipients – the highlander ethnic subgroup on the American continent and beyond and the highlander ethnographic group in Poland (or more broadly, within the statute area of the Alliance’s activities) – the magazine also reaches out to extra-regional recipients, e.g. the other Polish Americans, but it also goes beyond the ethnic boundaries and into ‘mainstream America’. This linguistic triad meets the ideological and artistic triad, which helps explain why The Tatra Eagle stands out from the other regional Polish-American channels of communication, limited only to their internal ethnic subgroup and to the Polish Americans in a broader sense – the “we only do it for ourselves” type.

Also unlike many other Polish publications in America, its message has never been dominated by the provision of information as such; rather it has been directed at the regional source culture and its relationships with the broadly conceived high-level national Polish literature and culture: both in content (covering the different fields of regional culture – in its material, social and spiritual forms) and genre – oral texts, the so-called recent folk literature from both sides of the Atlantic, different forms of essays, science and popular science articles about the culture of the roots written by well-known reporters and researchers on the one hand and the magazine’s editors, J. Gromada-Kedron and Prof. T. Gromada, on the other hand.

There have been 70 issues of the quarterly published thus far, with the latest one (vol. 70, no 4) appearing in 2017. Their content has provided an enormous compendium of knowledge, focusing on ethnography, folklore and the uniqueness of the Polish highlander culture – the culture of origin and its longevity within the realities experienced by the diaspora (the phenomenon of highlander lifestyle in America). The Tatrzański Orzeł’s rich archives, meticulously preserved ever since the first number, not only contain written word describing the folklore of the highlanders (e.g. their songs, tales and personal stories) and the authors’ individual folk texts, but also iconography specific to the regional cultural identity (paintings on glass, folk sculptures, traditional housing, decorative arts and different forms of utilitarian art). The Tatra Eagle’s documentary content is in no small measure devoted to the traditional rituals of the liturgical calendar (especially Christmas – the so-called Godnie Święta and Easter – the transition rituals of spring and summer) and the family cycle (especially weddings and their presentation in numerous stage productions which emphasise the right models of behaviour and the qualities to be desired in the peculiar conditions of a culture ‘transplanted’ into new realities), in both private and public sphere of the Tatra highlanders living in Poland and America. The ethnographic aspect also accounts for ‘invented traditions’ (e.g. shepherd theme) and new forms of expression of the ethnic culture, including picnics, parades, fairs, contests (e.g. ‘the most faithful shepherdess’ and ‘the highland robber of the year’) and festival events, such as the Festival ‘Na góralską nutę’ (‘The Highlanders’ Tunes’) in Chicago. Occasionally, an entire volume of the periodical is exclusively dedicated to a particular theme, e.g. the basic elements of the long wait culture – highlander music, folk dances, Polish highlander dialect and its literature, legendary figures (including the legend of Janosik), the religious pantheon including the cult of the Blessed Virgin of Ludźmierz – the queen of Podhale, ‘the mountain people’ featuring ‘the grandest honorary highlander’ Pope John Paul II and the great highlander philosopher and moral authority Revd. Prof. Józef Tischner, the Tatra Mountains traditions as the principal parameter of individual and collective identity, folk theatre and amateur theatre movement in America, Podhale and Zakopane housing style, as well as special anniversary editions. The magazine owes much of its undeniable visual appeal to plentiful colour photographs, one of the most crucial aspect of its ethnographic documentary value. Another advantage is its anti-commercial character – there are no advertisements, quite unlike the other Polish-American newspapers and magazines, in which advertising materials abound.

Because of its regionalist profile, The Tatra Eagle answers the need for the shaping of conscious imitative identity rooted in the continuous power of regional mythology, both Polish and American, best exemplified in Prof. T. Gromada’s monographic book, brought out by the Tatra Press in 2012, Tatra Highlander Folk Culture in Poland and America. Collected Essays from ‘The Tatra Eagle’ (Hasbrouck Heights, N.J. 2012), which contains a carefully selected collection of the author’s essays published in The Tatra Eagle in English between 1962 and 2011. Drawing on the thought of Revd. Prof. J. Tischner, Prof. T. Gromada puts a special emphasis on the universal values upheld by this culture (freedom, honour, patriotism, piety), its humanism (it emanates „the truth about the human being, his passions, his poetry and his hopes”), but he also perceives this culture as part of the American multiculturalism – on equal terms and without the inferiority complex (typical of the culture carriers of the lowland regions) neither towards the Polish nor the American national culture [the excerpt translated from the Polish monograph by Anna Brzozowska-Krajka Etnokultura w diasporze: między regionalizmem a amerykanizacją, Lublin 2012, published by UMCS, pp. 260-261]. 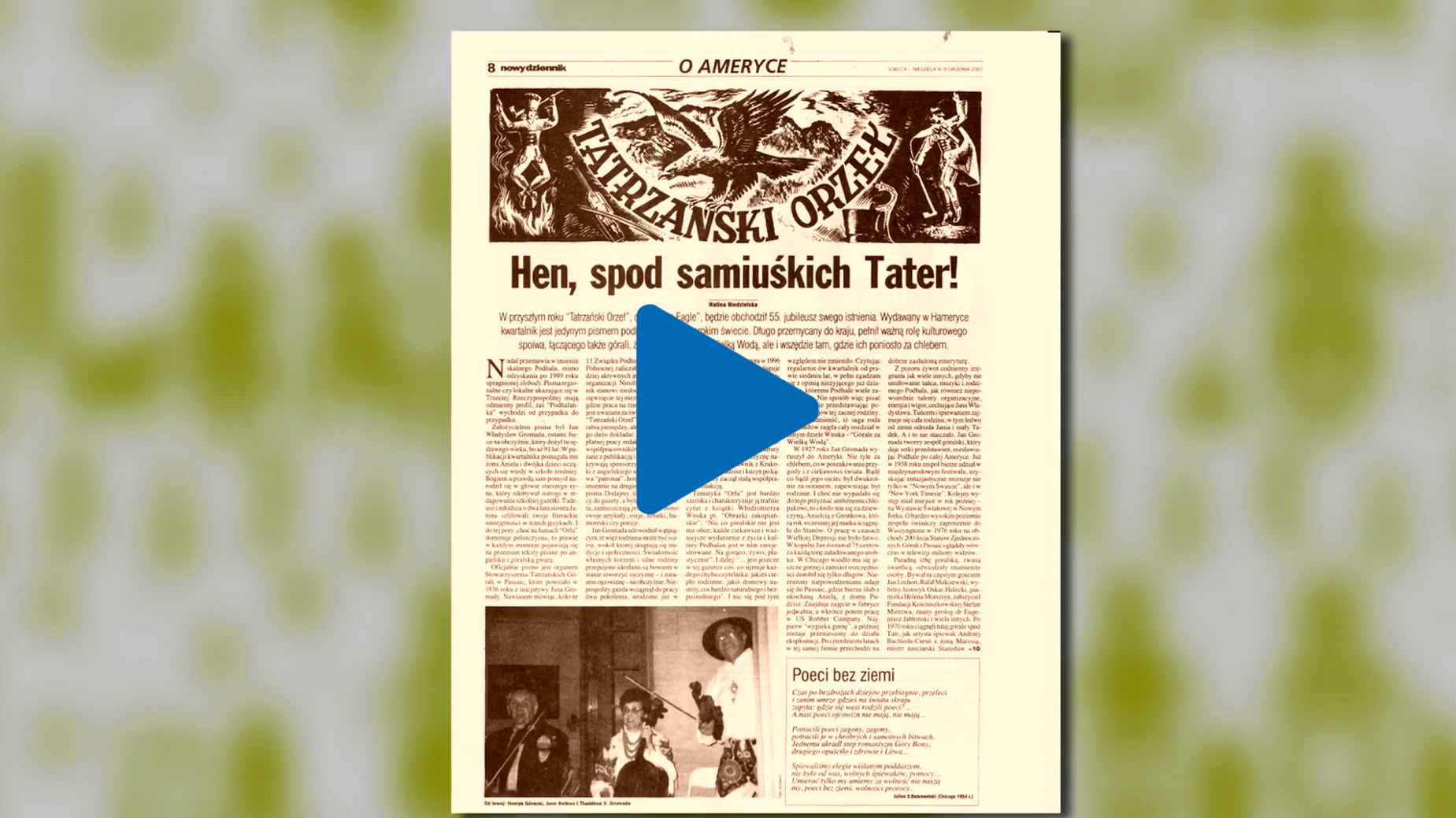 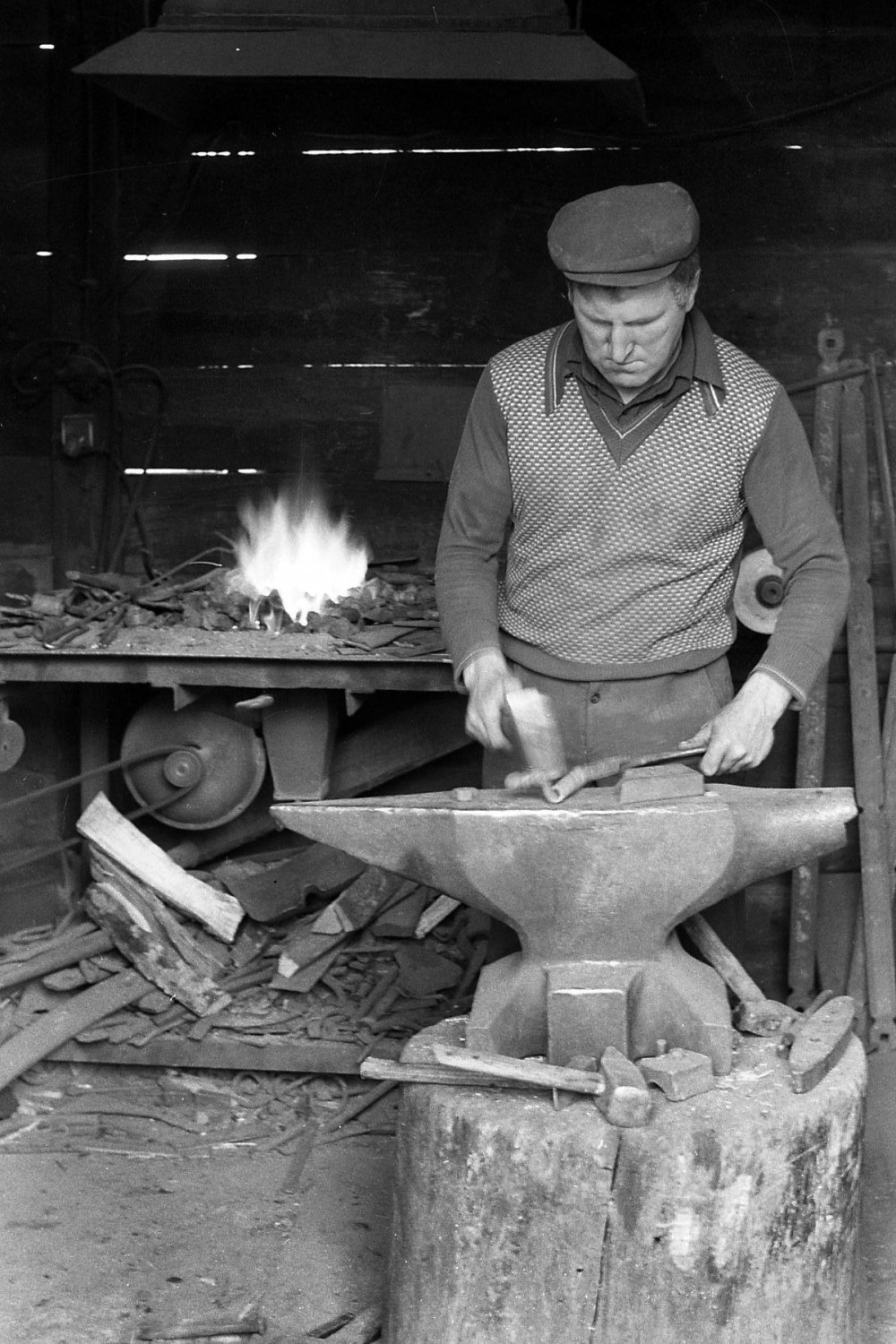