Joanna Prętkowska, a regionalist and an organiser of cultural activities, belongs to a group of people who are actively involved in the dissemination and protection of the cultural traditions of the Biskupizna microregion. She was born in 1931 in Stara Krobia, the home village of her parents: Zofia (née Majewska) and Stanisław Nowak. She owes them her love to Biskupizna, to which she has devoted much of her life. She spent her childhood in Domachowo, where she still lives.

Joanna Prętkowska grew up in a family that cultivated the traditions from within the territory of Biskupizna. Her parents wore folk costumes and her mother, Zofia Nowak, made embroideries and regional dolls. Encouraged and supported by her mother, Prętkowska founded the Biskupizna Folk Ensemble from Domachowo and the Neighbouring Area (Biskupiański Zespół Folklorystyczny z Domachowa i Okolic). In 1972, as chairwoman of the Village Women’s Club in Domachowo, she came up with an idea to organise a folkloristic event to celebrate Mother’s Day. When Zofia Nowak was asked for feedback, she said they could actually set up a full-scale regional ensemble. Prętkowska later recounted that the first meeting she held was attended by true local patriots, people who were well acquainted with the regional songs and dances. With their support, she did manage to organise the International Mother’s Day celebrations, in addition to a regional-style wedding party in Domachowo. She was also helped by Jan Bzdęga, an author of plentiful articles about Biskupizna, with whom she organised the Biskupizna-style wedding in Domachowo. The wedding guests were driven in small horse-drawn carriages wearing regional costumes. After the wedding ceremony, there was a party at which the guests danced the traditional dances: przodek, wiwat, okrągły, odbijany… The event was a huge success and marked the debut of the ensemble, whose members from then on met for regular practice. They were mainly local farmers united by their love for the local folk traditions. Joanna Prętkowska has not been alone in her efforts: for the last fifty years she has been backed up by her husband.

Joanna Prętkowska directed the Biskupizna Folk Ensemble from Domachowo and the Neighbouring Area for the next 27 years, until 1999. Under her leadership, the group became one of the foremost ensembles reactivating, popularising and promoting the culture and customs of Biskupizna around Poland, but it has also been faithfully dedicated to the local communities living in the district of Gostyń (Poviat Gostyński). The artists have performed at a variety of events and music-and-dance contests held in the commune (gmina) of Krobia and the district of Gostyń, but also at competitions and meetings organised throughout the province and nationwide – in Gołębin Stary, Kazimierz nad Wisłą, Rzeszów and Płock. Under Joanna Prętkowska’s direction, they have also appeared with a repertoire of dances, bagpipe tunes and songs at international festivals in Hungary, Czechoslovakia and Germany. In addition to all these activities, Prętkowska’s ensemble has taken part in the production of film documentaries, e.g. Wieniec – dożynki biskupiańskie w Domachowie (The Laurel at the Biskupizna Harvest Festival) for Polish Television (TVP) Poznań, Podkoziołek for TVP Poznań, Zwyczaje wielkanocne na Biskupiźnie (Easter Customs in Biskupizna) for TVP Poznań, Mapa Folkloru (The Map of Folklore) for TVP Katowice and Biskupianie (The People of Biskupizna) for TVP Wrocław. Its director’s dedication has led the ensemble to a dozen radio broadcasts, several musical postcards, a CD featuring the bagpipe band and collaboration with the students from the Agricultural School in Grabonóg in a photo session arranged for the publication of Jan Bzdęga’s book Wesele Biskupiańskie (The Wedding in Biskupizna) in 1992.

Joanna Prętkowska’s dedication to the ensemble’s fortunes has helped it win a plethora of accolades awarded both to the individual members and the whole group of performers at various competitions and contests. One of the most notable honours that they have received was the Oskar Kolberg Prize in 1990 for the recognition of their overall artistic achievement.

For the twenty-seven years of her direction, Joanna Prętkowska was not only involved in the management of the ensemble but she also performed in a duo with Bolesław Łapawa of Sułkowice. Together they have won several first prizes in the singing and dancing categories at the Festival of Folk Bands and Singers (Festiwal Kapel i Śpiewaków Ludowych) in Kazimierz nad Wisłą and the Folk Dance Festival (Festiwal Tańca Ludowego) in Rzeszów.

Although Prętkowska has been out of the office for 19 years now, her advice and support (when it comes to the selection of costumes or repertoire) is still indispensable. She is always happy to talk about and share her knowledge and expertise in her native region of Biskupizna. Although she has devoted so much passion and time to the Biskupizna Folk Ensemble, she has not had said her last word yet, because she still loves her job. She is also strongly attached to Biskupizna and its traditions, and she is always eager to wear her regional costume and her starched kopka. In this regard, she exhibits meticulous attention to detail: every part of her costume must be perfectly arranged, and every ribbon prominently displayed and beautifully tied to the beads.

Joanna Prętkowska has gathered extensive knowledge of the Biskupizna culture and she is eager to share it with anyone who might be interested in this topic. She has written texts and scripts to the spectacles performed by her ensemble, which has enabled it not only to survive but also to thrive and develop. For her merits to the Ensemble and to the folklore of Biskupizna, Joanna Prętkowska has been awarded honorary titles and diplomas from Gmina Krobia (in 2011) and from Poviat Gostyński (also in 2011). 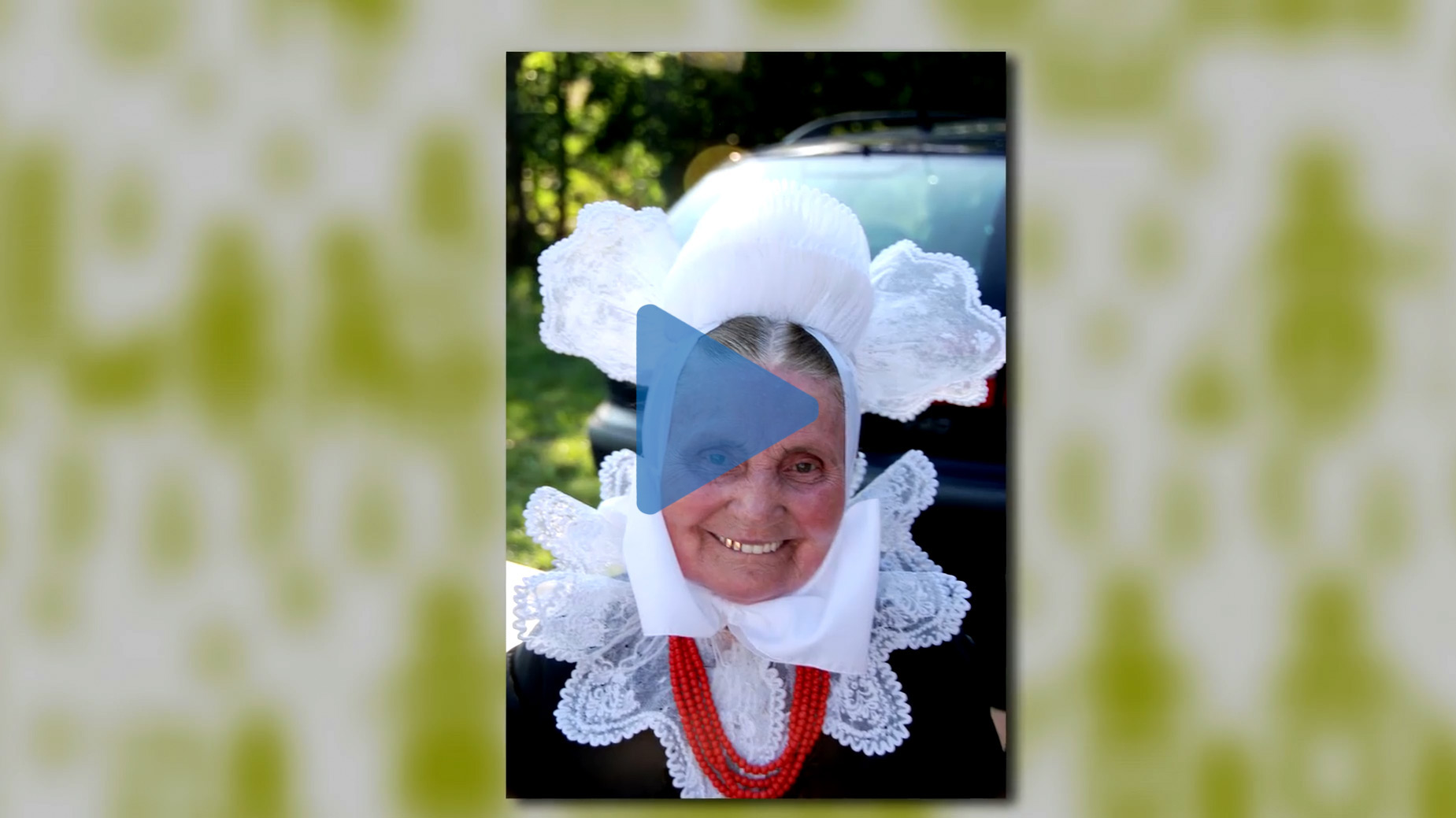 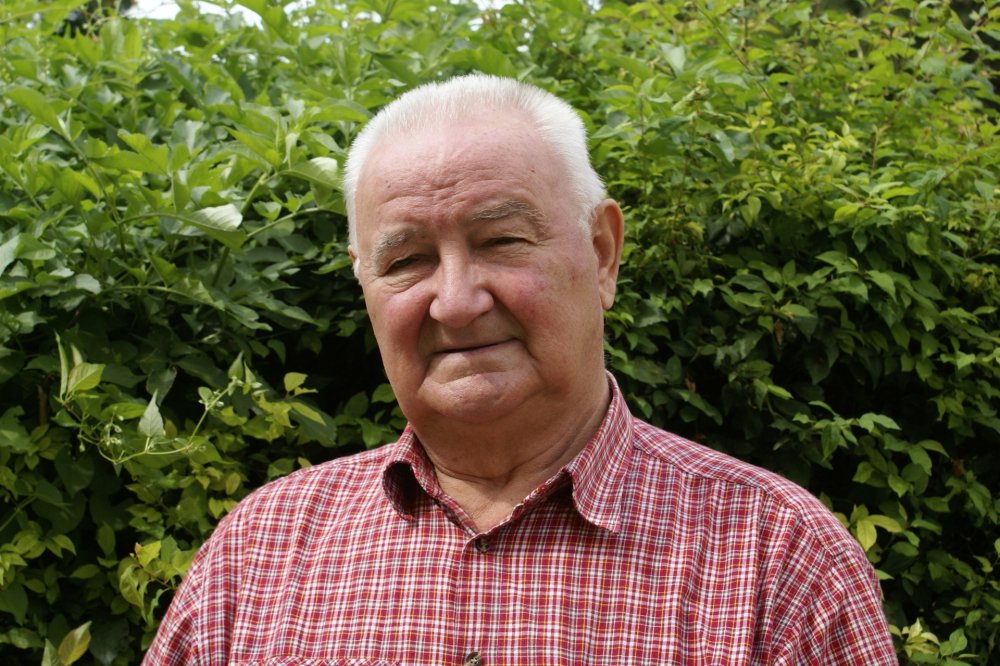