The fate saw to it that I happened to arrive in Tarnogród in mid-1965. I had just completed my studies of culture and education, and I was looking for a job. I wanted something to do with ‘culture’, preferably in a fast-developing town, with an apartment as an incentive. An offer came from Tarnogród. I accepted it… - recounted Władysław Dubaj after 30 years, the longest and most productive period of his professional life. He explained why he chose the place, too: the town had history, tradition and culturally conscious residents.

But first there was childhood and youth… He was born on 5 August 1939 in the village of Zagrody, Poviat Biłgorajski, where he also went to primary school. His secondary school (liceum) was in the city of Lublin, where he also had his first taste of the theatre. His first job was a brief stint in the hospital in Abramowice, where he was involved in the management of a medical student cabaret (‘Kabaret Mikstura’ or ‘Potion’). He then had a longer spell with a club affiliated with the Polish Deaf Association (Polski Związek Głuchych), where he managed theatre courses and dancing/fitness exercises. At the same time he was gaining experience in what already was his biggest passion, i.e. ballet classes. Irena Szychowa, director of the Regional Community Centre in Lublin at that time, thought that the time was ripe to find him something more independent and sent him to Parczew to work in the District Community Centre there. Dubaj himself was just completing his post-secondary studies of culture and education. Diploma in hand, he was up for bigger challenges and that was exactly when he found himself in Tarnogród.

His instincts did not fail him: there was a good climate for culture in Tarnogród at that time. When he was contemplating how to appropriately celebrate the 400th anniversary of the town’s civic rights (temporarily revoked, 300 years later, by the occupying Imperial Russian authorities as a way of punishing the local residents for their participation in the freedom-fighting January Uprising of 1863), the local council president suggested reviving an amateur theatre, which by then had almost been forgotten. The choice for the premiere performance of this new theatre company in 1967 was Aleksander Fredro’s comedy Gwałtu co się dzieje. Soon after, the overwhelming influence of Wanda Kaniorowa’s Wesele lubelskie (The Wedding in Lublin) prompted him to put on Wesele tarnogrodzkie (The Wedding in Tarnogród). The play was so popular that the company soon acted it on other stages around Poland. The theatre also spawned other forms of local activity supported by (or affiliated with) the local community centre – different establishments of cultural initiation (e.g. Senior Citizens Club), public events and musical ensembles, such as a firemen’s brass band, a four-group dance ensemble, a song ensemble and an art class. The local community centre soon made a name for itself as a model cultural establishment for similar local institutions around the country, where Władysław Dubaj was invited to lecture and consult. In Tarnogród, he conducted training courses for instructors and organisers of cultural activities. For all these notable achievements, he had the privilege to be appointed to the national Curriculum Council by the Minister of Culture and Art.

In addition to all these enterprises, Dubaj discovered a new passion, one that would be termed ‘intangible cultural heritage’ nowadays. His first goal was to take care of the folk ensembles and artists from the town of Tarnogród itself and later from the neighbouring villages as well. All of these ensembles nurture and promote the local customs, rituals and regional costumes. One of the first challenges of this new enterprise was to reconstruct the Tarnogród-style corsets, still worn as a part of their official costumes by the Tarnogród Folk Band (Tarnogrodzka Kapela Ludowa) founded in 1976. The group focuses on performing the local repertoire learnt from the oldest residents of the commune. It has given a few thousand concerts, recorded for the radio, appeared in TV programmes and, last but not least, won accolades at national artistic confrontations: at the Festival of Folk Bands and Singers (Festiwal Kapel i Śpiewaków Ludowych) in Kazimierz, at the Festival of Folklore and Village Art (Festiwal Folkloru i Sztuki Ludowej) in Płock, and at the Artistic Confrontations of Polish Villages (Konfrontacje Artystyczne Wsi Polskiej) in Krynica and Mielno. One of Dubaj’s most outstanding achievements has been the organisation of a grand event to celebrate the regional harvest festival in Zamość in the late 1970s, a tour de force with 200 dancers, firemen’s and military bands and a large outdoor venue for thousands of spectators. Dubaj’s pride in such a spectacular and memorable extravaganza is fully justified. At that time, his well-oiled machine consisting of the community centre and himself at its helm was indeed running on all cylinders. When his reason was telling him to slow down, there was another internal voice reminding him of an old, shelved personal commitment – to get a university degree... He could not put it off indefinitely. He finally made up his mind in 1976, when he was enrolled as a part-time student. His year tutor told him to take his time, there was no need to complete the studies on schedule. Dubaj was ambitious though – he considered the opinion of his colleagues and his own children; after all, as a father he always reminded them of how important it was to study hard and have all the assignments finished on time. There was no stopping him – the scheduled four years were never extended and with a UMCS (Maria Skłodowska-Curie University) diploma in his hand, his lifetime commitment had been fulfilled.

How long can a man remain active? This question does not seem applicable in the case of Władysław Dubaj. Time has no power over him. After yet another administrative change, back in Lubelskie Voivodeship again, the Tarnogród Community Centre embarked on the project of the National Integrative Artistic Workshops ‘Painted East’ (Integracyjne Warsztaty Artystyczne Malowany Wschód) for university students from Wrocław, Opole, Kraków and Lublin. Starting in 2000, he has also been the host of a district contest of theatres for children and adolescents, essential for cultural education of the younger generation. Dubaj’s community work has been equally praiseworthy. He has been active as a member of the Theatre Culture Society (Towarzystwo Kultury Teatralnej or TKT) for the last 30 years. The other members have been consistently electing him to sit on the Management Board and he has held numerous other positions within the structures of the TKT’s Lublin Branch. Władysław Dubaj set up the Tarnogród Regional Society (Tarnogrodzkie Towarzystwo Regionalne) more than 20 years ago and he has worked, for almost 20 years, as editor-in-chief of the Kwartalnik Tarnogrodzki (Tarnogród Quarterly), an archival centre of the town and commune’s social and cultural life in the past and contemporary times. His achievements have not been overlooked. He has been praised and awarded by the regional authorities in Lublin with medals of merit and culture prizes. He has also been highly valued by governmental authorities, from which he has received the Meritorious Culture Activist medal, the Medal for Achievements to Polish Culture and the Medal of Merit to Culture ‘Gloria Artis’. He has also been given the most valuable, national marks of recognition for his hard work and dedication – the Gold Cross of Merit and the Order of Polonia Restituta.

There was a modest, and yet extraordinary, ceremony that took place on the stage of the Tarnogród Community Centre on 14 October 2017 to mark the thousandth performance in the series of village theatre assemblies. Which brings us to one last, but no least, thread in this fictionalised story of Władysław Dubaj, which has had a considerable influence on its protagonist and on our cultural life at large. It is high time we restored that thread. The point is that after his first richly eventful decade spent in Tarnogród, Dubaj thought that something had been missing. I was eager to not only go on tours or festivals but also to make our community centre a thriving place of activity. Among other things, I was thinking about a theatre contest… - he said after many years. The idea was ripe enough in 1974. The place was Stoczek Łukowski, a venue holding assemblies of village theatre companies for the preceding four years. In those days, Tarnogród could boast a relatively large and well-equipped stage with devoted personnel and backing of the Regional (Voivodeship) Community Centre in Lublin. In such circumstances, the first assembly was held in February 1975. It started with a couple of companies, staging mostly dramatic repertory, from just a few districts (poviats). Despite its initial austere years, the event gradually began to attract a regular ensemble of 14–16 theatres. Hard and systematic work soon bore fruit as Dubaj was single-minded in his efforts to stimulate people’s interest in folk culture and then make use of it in theatrical activities. The objective was to save from oblivion such rituals as traditional weddings, Shrovetides, garland weaving, star carrying processions, wedding parties and christening parties, and to dramatise traditional rural activities such as stripping feathers or pickling sauerkraut.

The exceptionality of this type of theatre – colloquially referred to as ‘ritualistic’ – consists in the fact that it is not only meant to put on a show but also to preserve the native Polish culture and make it a part and parcel of contemporary culture again. In these circumstances, Tarnogród witnessed the emergence of a project to promote the idea of assemblies all over the country. It took on a realistic shape when Dubaj tightened his collaboration with the Theatre Culture Society, in effect creating a new programme, specifying its organisational principles and engaging regional community centres. As a result, five inter-regional assemblies from across Poland have been organised on a yearly basis since 1984 with the ‘finale’ Polish Village Theatre Assembly (Sejmik Teatrów Wsi Polskiej) hosted by Tarnogród each year. Overall, there has been a staggering number of 1000 performances, including both the inter-regional assemblies and the ‘finales’, until this year. From the very beginning, Dubaj and his team have taken great care in creating a vast archive of playbills, press reviews, photos and subsequently videos which have served for numerous researchers and students as an indispensable compendium to use in research publications and press articles. The archive has for the last 25 years been systematically supplemented with anniversary publications, which have accounted for a total of seven books. There is arguably no other amateur event with a comparable legacy.

Władysław Dubaj took his well-deserved retirement ten years ago. He bid farewell to his Tarnogród Community Centre directorship after forty years of work and after thirty years of managing the theatre assemblies. He was thanked for all these years by the Minister of Culture (who honoured him with the ‘Gloria Artis’ medal) and by the President of the Republic of Poland (from whom he received the Order of Polonia Restituta). Other dignitaries followed suit. The local municipal and communal authorities awarded him, on behalf of all the local community, the most precious local distinction, i.e. the title of the Honorary Citizen of Tarnogród.

Ten years have passed since those momentous events. Is it proper to ask the honourable senior citizen what he is currently doing and how he is spending his time? Actually, it is, since the answer to this question is quite simple and very comforting – Władysław Dubaj is still working. He is working for the community, for culture and for the assemblies, in short – for the future. 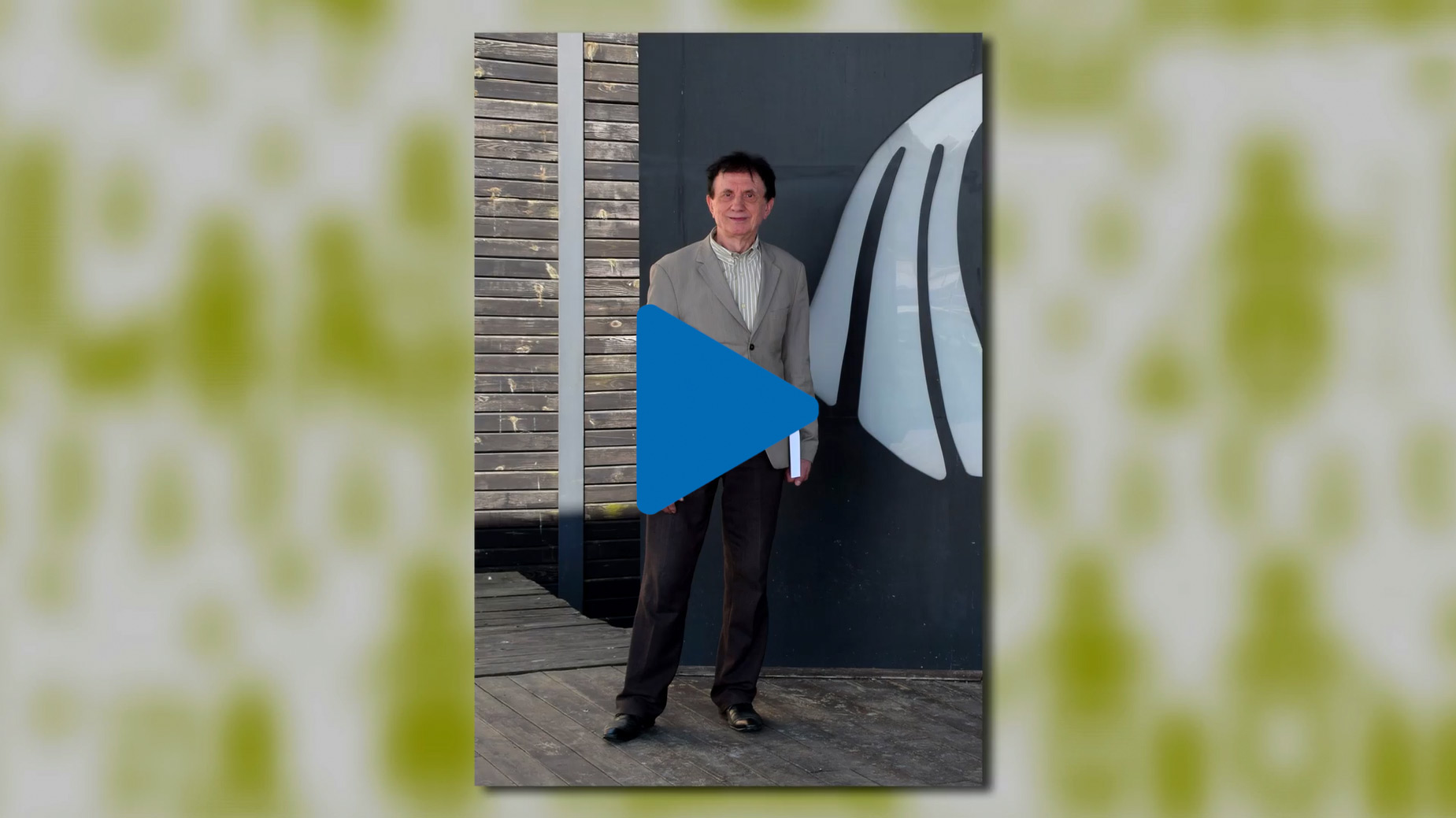 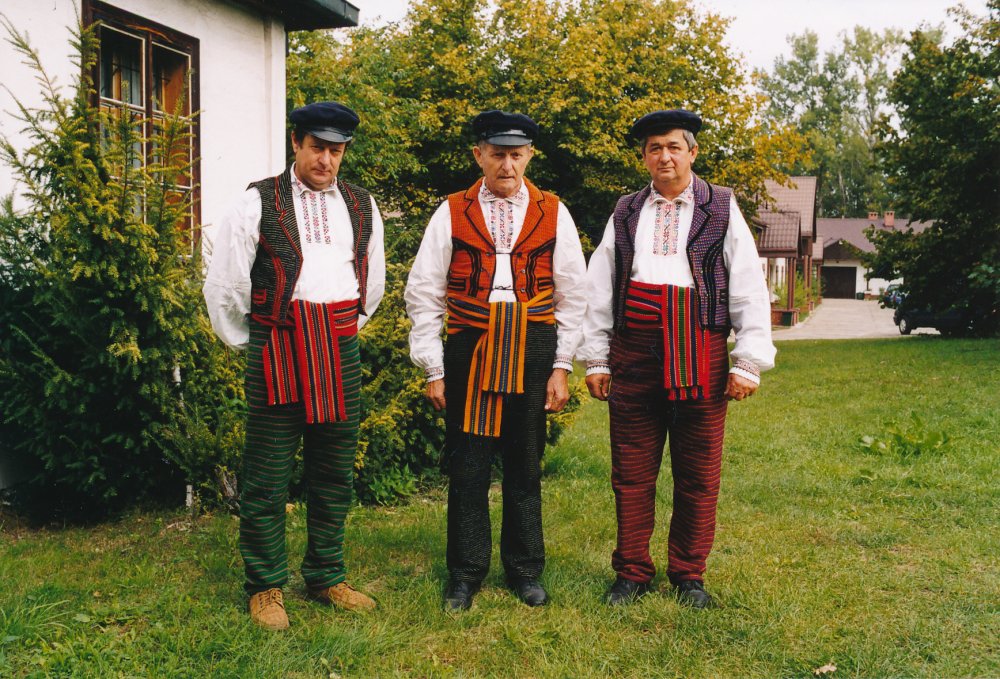