Mr Leon Lewandowski from Jagodziniec near Brzeziny in Poviat Kaliski has played music ever since his early childhood. He plays the violin and the two-stringed double bass popular in the area around Kalisz. He is also an excellent singer. He was born in 1926 in the neighbouring village of Pałka into a peasant family. He started to play the fiddle when he was a teenage boy, carefully watching the older musicians, including his uncle Majewski, an accordionist. He was practising music and tending cows at the same time. His first violin was bought at a church fair. Lewandowski was deeply immersed in folk music before the Second World War, when it was still widely popular all around the country, especially when it came to dance music. He grew up listening to singers and musicians from all around the area of Brzeziny and he first displayed his skills at weddings and dancing parties. For the next few dozen years, he performed with a variety of different musicians, including the Strzelec family ensemble, at every wedding party in the neighbourhood. In his everyday professional life, he has been a farmer (he owned a small plot of land), a construction worker, a forester and a land improvement expert.

Ever since 1985, Leon Lewandowski has been performing with the Folk Ensemble Brzeziny, affiliated with the Community Centre in Brzeziny. For more than 40 years, the group has on multiple occasions represented the commune (gmina) of Brzeziny in the former Kaliskie Voivodeship, and the present district (poviat) of Kalisz, at state festivities and folk events in Poland and abroad. In the early 2000s, Mr Lewandowski started to appear as a solo instrumentalist, too, winning a host of accolades along the way. He has also had a long and rich experience of passing his unique skills down to young generations of musicians. He appeared at the Mazurkas of the World (Wszystkie Mazurki Świata) Festival in Warsaw in 2016 and on a monographic CD released by the CKiS (a community centre) in Kalisz in late 2017.

Mr Leon Lewandowski is one of the last authentic village musicians. His authenticity is reflected in his playing style and in his efforts to cultivate the folk culture. All his musical life has been devoted to the preservation of folk traditions and their dissemination amongst audiences in his native village, throughout Poland and abroad. His work has had a lasting effect on the identity of his local community (a ‘small homeland’), the whole province of Wielkopolska (Greater Poland) and the entire Polish culture. His efforts and accomplishments have met with wide acclaim and admiration. He has been awarded the national Silver Cross of Merit, and the medals ‘For Merit to Polish Culture’ and ‘For Merit to Wielkopolskie Voivodeship’.

Mr Leon Lewandowski can still recall innumerable tunes and songs that he heard as a child in his home area of Brzeziny and all around the regions of Kalisz and Sieradz. Without him, the fantasy musical world of polkas and other local dances such as owijoks and walcereks, not to mention the lyrics of numerous folk songs, would have fallen into complete oblivion, buried in the graves of our ancestors.

Leon Lewandowski’s live performances, e.g. during the Kazimierz Dolny Festival in 2010 and 2017, have been recorded by the Community Centre (Centrum Kultury i Sztuki or CKiS) in Kalisz and released on the CD album Nie takie wolne kawołki… (meaning “not so slow songs” in a rural dialect). For the last few dozen years, the compositions memorised by Mr Lewandowski have also been performed by the Brzeziny Ensemble.

Apart from the his achievements and experiences shared with other members of the Folk Ensemble Brzeziny, Leon Lewandowski has also won a host of individual accolades (as a solo instrumentalist), including second and third prizes from the National Festival of Folk Bands and Singers (Ogólnopolski Festiwal Kapel i Śpiewaków Ludowych) in Kazimierz nad Wisłą. His other awards have been won at provincial and regional folk contests: the first places at the Central Poland Folk Meetings ‘From Kujawiak to Oberek’ (Spotkania Folklorystyczne Polski Centralnej ‘Od kujawiaka do oberka’) in Sieradz and at the regional Folk Banquet of Kalisz Land (Biesiada Folkloru Ziemi Kaliskiej) in Brzeziny.

Leon is still working with young musicians, passing down his skills and his knowledge about the world of forgotten music. He teaches them melodies, folk songs, and violin and bass playing techniques. He is also an active workshop instructor, both in his home village and in many different parts of Poland. What he most enjoys doing, however, is playing music by himself.

Mr Leon Lewandowski is 92 years old. He is now one of only a few remaining village musicians who started their musical careers before the Second World War, taught by an extinct generation of authentic rural artists. Despite his age, he is still passionate about making music, and he is widely admired for both his musical prowess and his zest for life. His merits for the cultural development of Gmina Brzeziny and Kalisz Land have not been overlooked either. Sharing his time between working professionally and looking after his children and grandchildren, Jagodziniec-based Leon Lewandowski is still involved in traditional music-making, just as he has always been. As he himself says, he was born to be a musician… 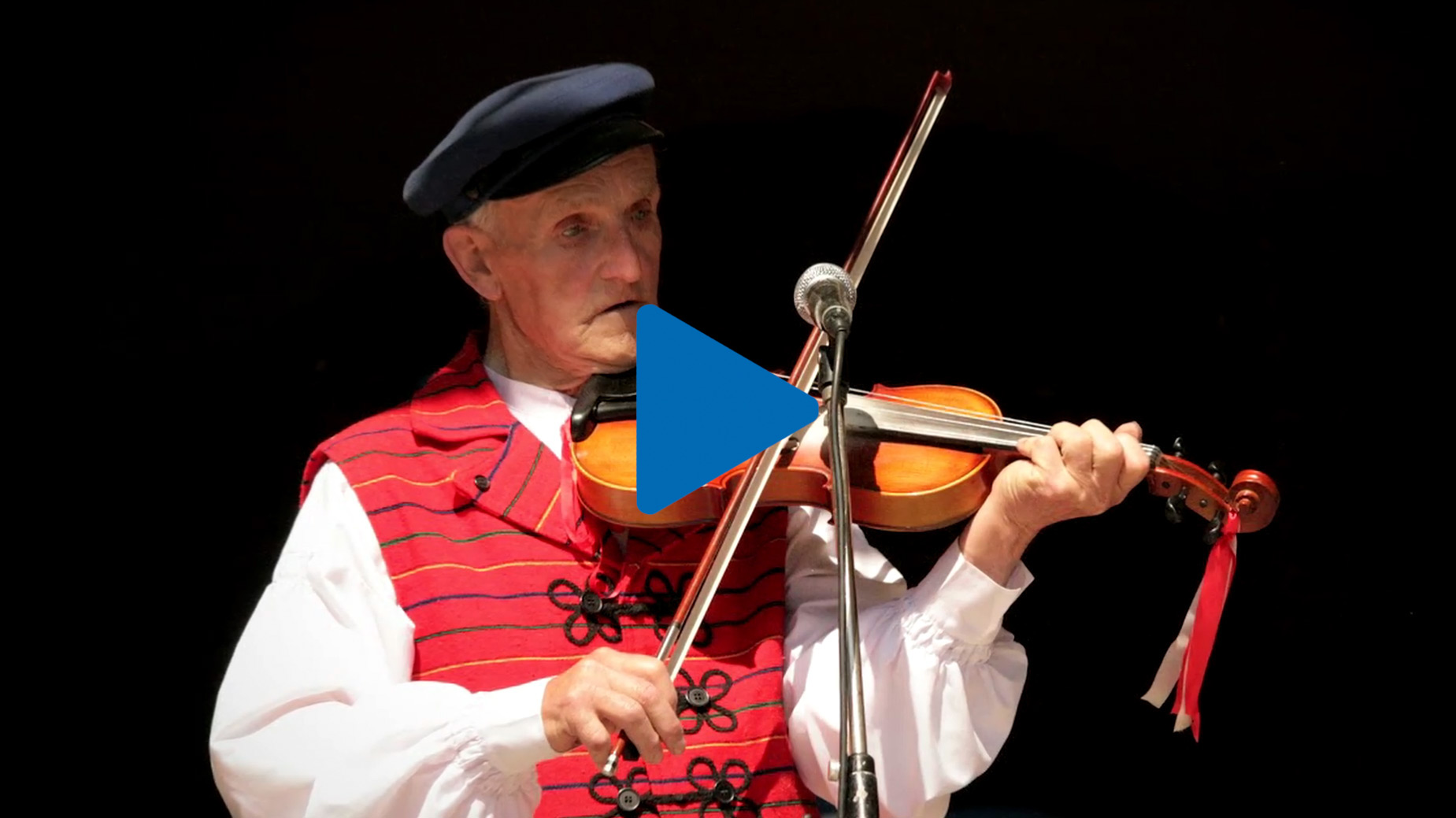 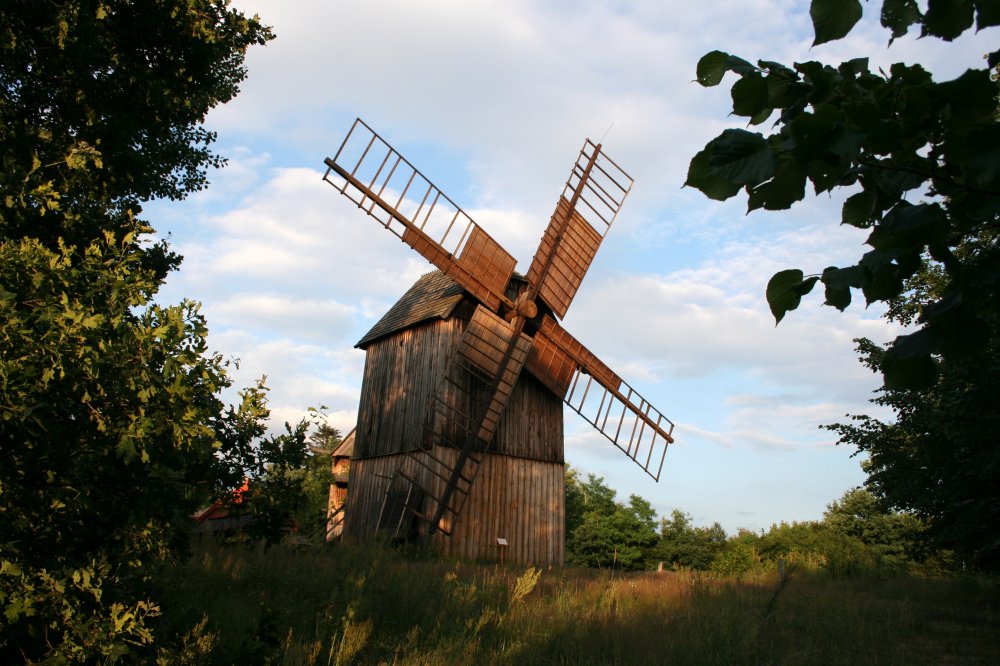