Kapela Lipców is one of the most highly valued musical folk groups from the region of Radom, a well-known fertile ground of distinguished village musicians. It is made up of two cousins: accordionist Tadeusz Lipiec (born 1944) and baraban (a type of drum) player Marian Lipiec (born 1958). They both come from Wygnanów, which is located near such villages as Rdzuchów, Przystałowice Małe, Gałki Rusinowskie and Nieznamierowice, which comprise one of the most important areas on the musical map of Radom Region. The conservative character of these places permeates the sphere of music too: it has had a significant influence on the repertoires kept by the musicians, while the direct proximity of so many authorities on the matters of folk music within the area has given the Lipiec musicians an opportunity to watch and learn the playing techniques from the best. One of these masters actually came from within their own family – Marian Lipiec (born 1937) was an accordionist from whom they borrowed much, if not most, of the traditional repertoire they perform, which had in turn been a legacy of the following two fiddle players: Jan Latosek from Ocieść and Klwatek from Romanów.

The age gap of a dozen years between the two musicians was the reason why they had to wait for many years to eventually come together. Tadeusz Lipiec had his musical debut back in 1959, whereas Marian Lipiec started to play at wedding parties in the late 1970s. In its present setup, the ensemble began to play as late as 2005, during a period of intensified activities aimed at nurturing the musical traditions of the region of Radom, such as folk group contests, fetes, workshops, dancing parties etc., in which both musicians were taking active part.

Not unlike other village musicians of the older generation, Tadeusz Lipiec cannot read music. He learnt to play ‘by ear’ with his mentor Stanisław Lipiński, a famous Radom-based organ maker. He took his first steps in music playing on a borrowed 24-bass three-voice accordion. Towards the end of his year-long education, he had already purchased his own instrument, a three-voice 120-bass accordion. Tadeusz Lipiec was quick to win the admiration and popularity amongst the local community. Two years after his debut performance as an ensemble leader, he became one of the most sought-after accordion players in the area. He worked on a permanent basis with three fiddle players: Jan Ciarkowski from Potworów (for eleven years), Jan Kocun from Radom (for twenty years) and Henryk Darbiak from Kaszewska Wola (for nineteen years). On a temporary basis, he also played with Piotr Gaca, his brother Jan and Jan Kmita, all of them living in the village of Przystałowice Małe.

In the 1970s, in order to satisfy the contemporary fashion, he began to augment the lineup of the group with musicians playing percussion and wind instruments. Also the repertoire performed by Tadeusz Lipiec gradually underwent a process of change as it was broadened by the then popular waltzes, tangos and foxtrots. The musical tastes of the successive generations of rural inhabitants naturally put a stop to his wedding performances in the 1990s.

Marian Lipiec commenced his adventure with rustic music as a baraban player, when it was normal for the ensemble lineups to be augmented by ‘non-traditional’ types of instruments, whilst the melodies heard from the radio stations were finding a permanent place in their repertoires. From the late 1970s until 1990, he played the baraban and the regular drum in a band led by his uncle, accordionist Marian Lipiec. In the subsequent years, he joined a group directed by Mirosław Pająk from Wygnanów, in which he played the percussion. The group disbanded in 2000.

Recently however, the musicians of Kapela Lipców have returned to more traditional instrumentation (fiddle, accordion, baraban) performing a repertoire largely consisting of obereks and polkas inherited from the older generation of musicians. They play with the local fiddle players: Jan Kmita from Przystałowice Małe, Adam Tarnowski from Janiszew and Michał Kapturski from Radom, but also with their pupils now scattered all around the country.

The excellent musical skills of the ensemble members and their expertise in the traditional repertoire have brought them a cornucopia of prizes and honourable mentions garnered at folk group contests and competitions. Kapela Lipców has been awarded second prize at the National Festival of Folk Bands and Singers in Kazimierz nad Wisłą (Festiwal Kapel i Śpiewaków Ludowych) in 2012 and 2016. They have also been twice given the first prize at the River Wisła Folk Bands and Singers Competition (Konkurs Kapel i Śpiewaków Ludowych Regionów Nadwiślańskich) ‘Powiślaki’ in Maciejowice in 2013 and 2016. They were awarded the main prize ‘Golden Bass’ at the same competition in 2015.

Kapela Lipców has featured on the first CD album released by the Open Air Village Museum (Muzeum Wsi Radomskiej) in Radom. A record titled Kapela Jana Kmity i Lipców was brought out in 2017; it was made in collaboration with singers from Gałki Rusinowskie, Zofia Kucharczyk and Maria Pęzik, and presented local tunes sung and played during traditional local village weddings.

Tadeusz Lipiec can also be proud of an individual mark of recognition that he has received from the Minister of Culture and National Heritage in 2018, namely a scholarship which has enabled him to conduct a series of folk music workshops. 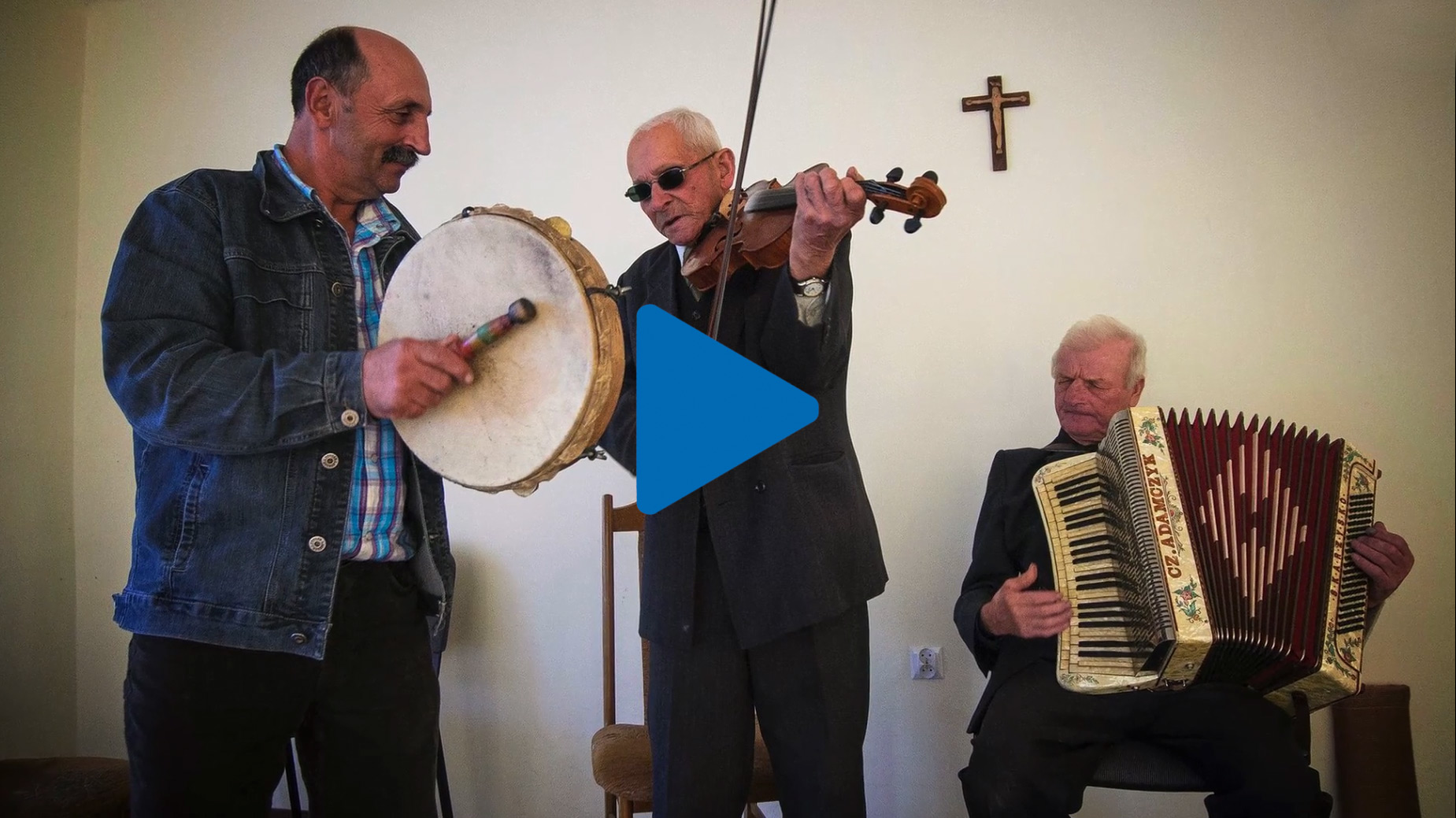 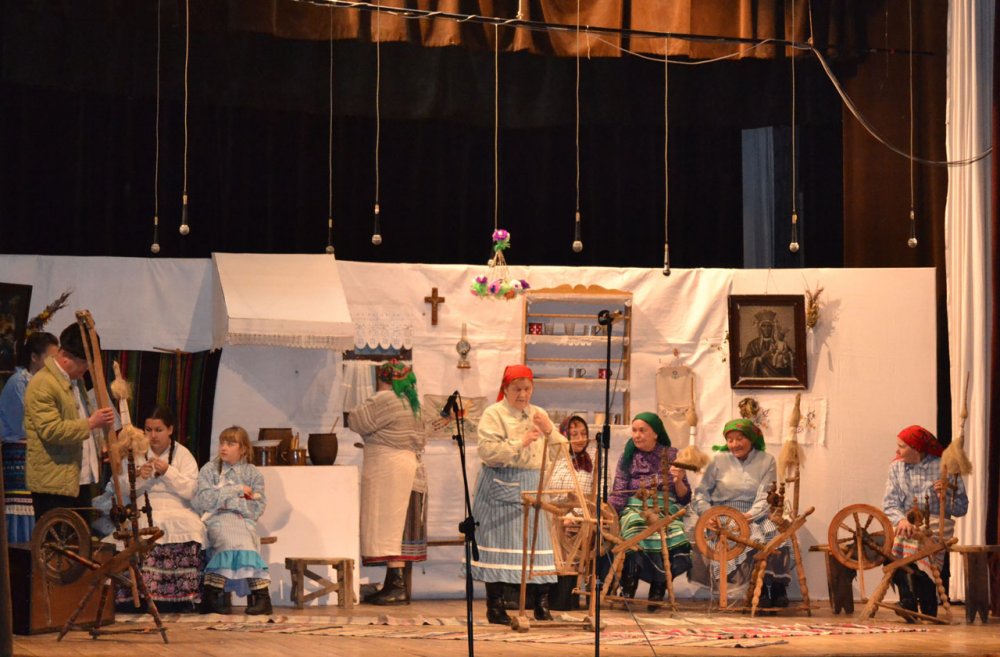