The Sierakowice Ensemble was created in December 1980 by enthusiasts of Kashubian folklore and members of the Kashubian-Pomeranian Association (Zrzeszenie Kaszubsko-Pomorskie), with the approval of the local authorities. In its initial years, the ensemble worked under the patronage and with financial support from the local branch of the Communal Cooperative ‘Peasant Mutual Aid’ (Gminna Spółdzielnia ‘Samopomoc Chłopska’). Since 1997, it has conducted its activities with the organisational and substantial assistance from the local community centre (Gminny Ośrodek Kultury, GOK) in Sierakowice.

In its first years of existence, the ensemble created a meeting place for the common residents of Sierakowice, normally working as farmers, craftsmen and manual labourers, who shared a passion for Kashubian folklore but had never been involved in institutionalised cultural activities. Today the core of the ensemble is made up of young artists – dancers and singers, students of secondary schools and colleges. There are currently 52 performers, including a thirteen-piece instrumental band.

Due to its members’ systematic work at weekly rehearsals and many hours of dancing and singing training, the ensemble has achieved, in its thirty-eight years of operation, a high artistic standard, acknowledged at a variety of competitions and concerts. The ensemble owes its high level of performance and choice of repertoire to a group of expert collaborators: the choreographers Stanisław Rychert, Jan Właśniewski and Irena Warmowska; the musical trainers Stefan Kwiecień and Witold Treder; and the managers Henryk Koss, Zygmunt Miotk and presently Irena Kulwikowska, director of the Sierakowice Community Centre.

Sierakowice’s repertoire has been strongly influenced by and infused with the musical culture of the northern Polish region of Kashubia. It is based on the traditional regional dances and songs and choreographically supplemented by stylised fishermen’s dances (part of the ‘Leader’ Programme of designing special shows of traditional fishing customs, conducting vocal and dancing workshops, and purchasing traditional fishing costumes).

The Song and Dance Ensemble Sierakowice has played a significant role in representing the local community throughout Kashubia, but also nationally and internationally.

The ensemble has appeared at multiple international folk festivals and in concert throughout Europe and Asia (e.g. in 2010 took part in the Festival of Children’s Music and Theatre Ensembles ‘Silver Stream’ in Leninsk, Russia winning the first prize in the category of ‘regional song’ and the second prize in the category of ‘regional musical instruments’). It has also represented its region and its country at international tourism fairs, e.g. in Berlin and Brussels, and during the Polish Year festivities in Sweden.

Since 1995, the ensemble has taken part in the International Folk Festival ‘Kashubian Culture Days’ (‘Dni Kultury Kaszubskiej’), which it jointly organised between 1996 and 2003. At present, Sierakowice is involved in the organisation of the international Hunting Culture Festival ‘Deep Forest’ (Festiwal Kultury Łowieckiej ‘Knieja’). The ensemble’s artistic enterprises have been documented on CDs, Pòjedzeme na Kaszëbë (meaning “let’s go to Kashubia” in the local dialect) and Suita Tańców Kaszubskich (A Suite of Kashubian Dances); a VHS cassette Pòj Do Tuńca (“let’s go dancing”in the local dialect); numerous radio and television recordings; as well as album publications:30 lat Kaszubskiego Zespołu Pieśni i Tańca „Sierakowice” or 30 Years of the Kashubian Song and Dance Ensemble Sierakowice (GOK Sierakowice, 2011) and the book with DVD Tradycje rybackie na Kaszubach or Fishing Traditions in Kashubia (Stowarzyszenie LGR Kaszuby, 2013).

The Kashubian Song and Dance Ensemble Sierakowice has won a host of competition prizes: the ‘Złoty Tur’ or ‘Golden Aurochs’ from the Kashubian Song, Dance and Tale Contest in Chojnice in 1986 and 1989; the ‘Bursztynowy Neptun’ or ‘Amber Neptune’ at the Northern Poland Folk Ensembles Festival in Gdańsk in 1984 and 1986; the Grand Prix from the Kashubian Regional Ensembles Contest in Wierzchucino in 2008; the second prize from the Northern Poland Folk Ensembles Contest in Piaseczno in 2014; the Main Prize from the Baltic Festival in Karlshamn, Sweden in 2013 and 2015; and the Grand Prix from the Pomeranian Folk Contest in 2015. In recognition of its merits to the regional culture, the ensemble has been given titles and medals of distinction, ‘For Merit to Gmina Sierakowice’ in 1992 and ‘For Merit to Polish Culture’ in 2010, in addition to a prize from the staroste of Kartuzy, the ‘The Pearl of Kashubia’ in 2007 and 2015.

Highly meritorious for the regional culture, Sierakowiec comprises many different people working together towards a common goal – to maintain, and often recreate, the Kashubian musical traditions, the old fishing customs, dances, songs, clothes, costumes and ritual accessories. It also gathers together young amateur artists integrating the local residents (within the communal and the regional communities) around the Kashubian culture, and the need for communal, societal and rural cooperation. In their competitive and commemorative performances, as well as guest and charitable concerts, they always strive to create an atmosphere of fun and togetherness, because as Izydor Gulgowski has said „jeśli Kaszuba się bawi, to się bawi całą duszą” (“when the Kashubians are enjoying themselves, they do it with all their hearts and souls”). 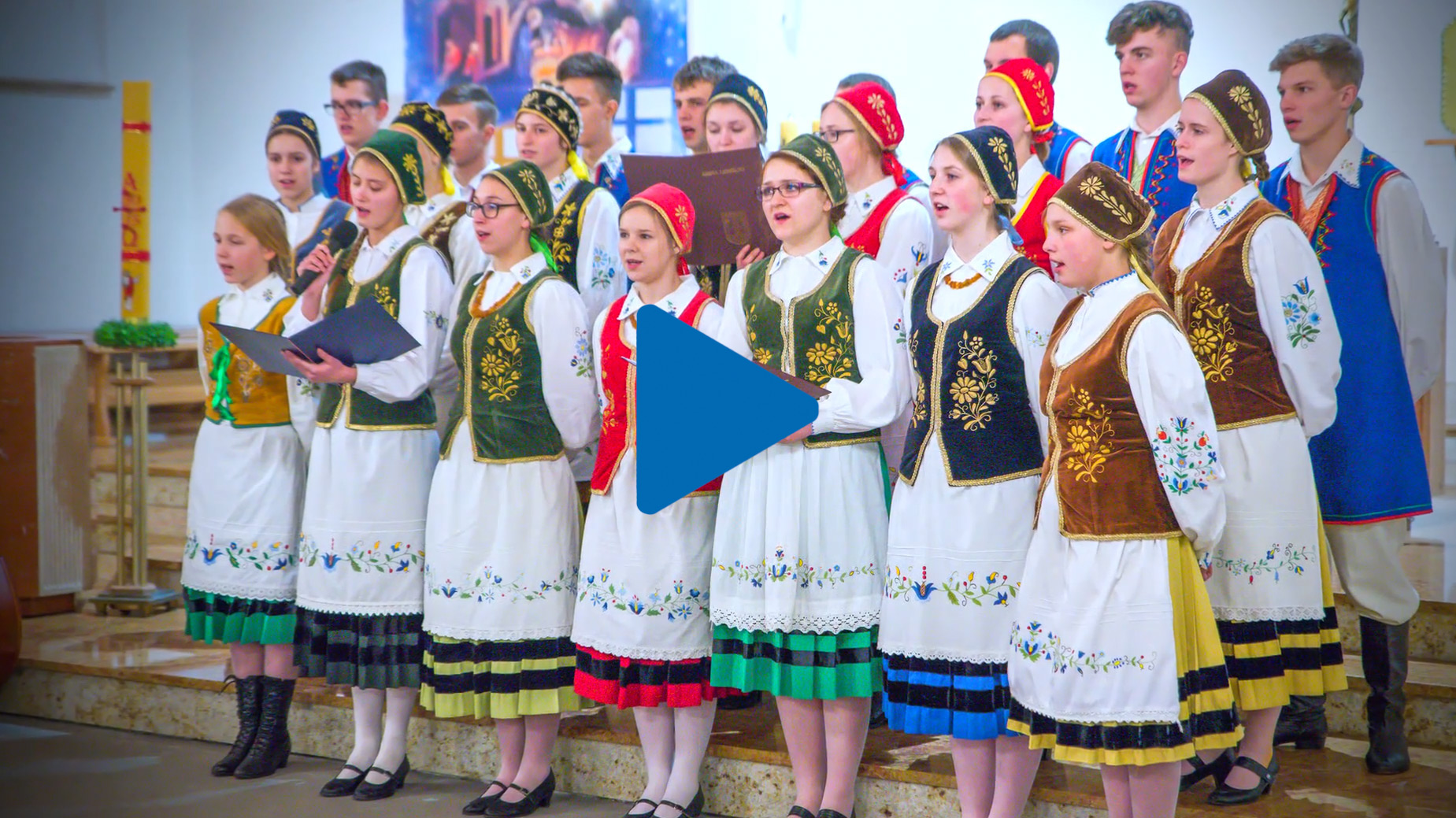