Elżbieta Wójtowicz (also writing under the nom de plume ‘Czeremcha’ [‘Bird Cherry’]) was born in 1949 in the village of Wólka Kątna, in Lubelszczyzna (Lublin Land), where she still lives and works. She is a highly esteemed folk writer, storyteller, diarist, as well as an author of scripts for ritualistic spectacles/plays and director of the folk theatre in Markuszów. She inherited her artistic passions and talents from some of her family members: her mother was a renowned folk poet and singer, Krystyna Poczek (1928–1999), who also made notes of people’s recollections and life stories, and who managed the local folk theatre for which she wrote scripts heavily drawing on the local folklore. It is also worth mentioning that Elżbieta Wójtowicz’s grandfather’s cousin was an extremely talented poet of peasant origins, Jan Pocek, whom she had a chance to meet and talk to. Elżbieta Wójtowicz remains a huge fan of Jan Pocek’s works; she wrote a poem that she dedicated to him, Pamięci Jana Pocka (Jan Pocek In Memoriam), which was awarded a prize at a competition specifically organised to honour his literary accomplishments. In her professional and personal life, Wójtowicz has been successful in reconciling her broad range of artistic endeavours with working on a farm with her husband and engaging in social activities aimed for the benefit of her own local community. Previously, she also worked as a librarian keeping stock of literary resources in the village of Wólka Kątna and as a councillor in the commune (gmina) of Markuszów. She was also active as a councillor and deputy chair of Lubelskie Voivodeship’s sejmik (local parliament). The versatile artist and social activist is currently a member of the Village Women’s Club (Koło Gospodyń Wiejskich) and the Lublin Women’s Forum (Lubelskie Forum Kobiet), where she is involved in promotional and organisational enterprises.

Wójtowicz has written literary texts ever since she was a schoolgirl, but she did not debut in a public setting until as late as 1984. She took part in a diary competition dedicated to the memory of Józef Chałasiński, and her memoirs were later published in the magazine Gromada. Rolnik Polski. Although she writes in a variety of styles, her main speciality is poetry and short stories, and she also consistently contributes to the drama genre. Being aware of the fleeting nature of old-style folk culture, she records local customs, rituals, legends and stories, which later often form the basis for her own creations. She is happy if she can share her historical expertise with younger generations dedicating herself to such endeavours as theatrical projects that recreate the dying rituals, and passes on her knowledge to the professional researchers from Lubelszczyzna, who have made frequent references to her works in their scholarly publications. They see Wójtowicz as a precious source of information on rural traditions, e.g. the local beliefs related to the language, plants, demons, as well as annual and familial rituals. Part of the artist’s folk accounts as a witness of history has been recorded in an audio and audio-visual form and published online, e.g. at the website of the Brama Grodzka – Teatr NN centre from the city of Lublin.

The principal theme that Elżbieta Wójtowicz takes up in her writing, besides regional traditions and her own personal experiences, is the love of the land and soil. Whereas it is actually quite a popular motive in the works of many a folk poet, including Jan Pocek mentioned earlier, in Wójtowicz’s poetry it takes on a slightly different aspect characterised by potent emotionality. In the interviews that she has given she emphasised how much she loves the land where she was born and bred, but also how much she admires it.

But farming and the cultivated soil are not the only phenomena that she focuses on in her literary descriptions and contemplations. What she also likes to include in her writings is the preservation and perpetuation of what she finds the most familiar and intimate, i.e. portrayal of the family, the villages and their inhabitants along with their problems, sorrows and joys. At the same time, she is not afraid of being emotional, e.g. in her poem Mój ojciec (My Father), in which she mentions her close relationship with her parent: „I was still very young, / when my Father was convicted by the fate” (Twórczość Ludowa 2017, Nos. 1–2, p. 56).

An integral component of the world portrayed in numerous works written by Wójtowicz is the above-mentioned preservation of tradition, which she feels she is responsible for by consciously recording it. She is fully aware of the significance of intangible cultural legacy left by the ancestors. Similar to her mother Krystyna Poczek, Elżbieta Wójtowicz writes diaries, in which she describes everyday life, not only her own personal and private experiences but also events on the scale of the village, thereby creating a veritable chronicle of the rural community. The attachment to her mother, literal and metaphorical, seems to have a fundamental importance for the writer. Not only does she perpetuate the work of her maternal parent, but she also reforms it by introducing new forms of organising and promoting the folk traditions. A symbolic expression of those familial and artistic bonds is the publication, in 2016, of a collection of poems (as the seventy-fifth poetry volume from the Biblioteka ‘Dziedzictwo’ [‘Legacy’ Library] series brought out by the Association of Folk Artists [Stowarzyszenie Twórców Ludowych]) titled Kwitną czeremchy i jarzębiny (Blossoming Bird Cherries and Rowanberries), a presentation of poems written by a mother and a daughter. The anthology featured Poczek’s works borrowed from the collection of Wieczorne pacierze (Evening Prayers, Lublin 1995) in the form that the artist wished them to be published, in addition to poems that had remained in manuscript form. As regards Wójtowicz’s poetry, previously randomly scattered here and there, principally in a variety of periodicals, journals, magazines and post-competition collections, they found their rightful and well-earned place in the volume. In the foreword to the collection, Donat Niewiadomski points out the pivotal features of both poets’ writing, such as familialness, a sense of belonging to a peasant community, deep respect for the tradition, worshipping the familial ground and sensitiveness towards the beauty of nature. What he found distinct in Poczek’s poetry was folklorisation, a frequent application of the type of poetic writing which is peculiar to folk literature. With regard to Wójtowicz’s originality, he referred to a greater individualisation of sensations, a predilection for universal reflections and sententiousness (D. Niewiadomski, Introduction to K. Poczek, E. Wójtowicz, Kwitną czeremchy i jarzębiny, Lublin 2016).

Elżbieta Wójtowicz’s works have been published in such post-competition editions as Z ziemi wyrosłe z serca utkane (Grown by the Soil Woven by the Heart, Puławy 1999, 2004, 2007, 2009) and publications containing materials from the National Jan Pocek Literature Competition (Ogólnopolski Konkurs Literacki im. Jana Pocka): Odnajdę wieczność w kroplach rosy (I Will Find Eternity in the Drops of Dew, Lublin 2007), I brył swych grzmotem zapłacze ziemia… (And the Soil Will Weep with the Thunder of Its Clumps..., Lublin, 2008), Na skibie czarnej serce swe złożę (I Will Lay My Heart on the Black Ridge, Lublin 2009), Piszę wiersze matczyną mową… (I Write My Poems in My Mother’s Tongue..., Lublin 2010), Gdzie ptaki drzewom skrzydła podają (Where the Birds Lend Their Wings to the Trees, Lublin, 2020) and Obłoki z niebem w sercu noszę (I Carry the Clouds and the Sky in My Heart, Lublin 2012). In 2015, the Association of Folk Artists in its ‘Legacy’ Library series published a volume with her works titled Gdy jo byłom gospodyniu (When I Was a Hostess, written in a dialect), which contained her prose and scripts for ceremonial spectacles. Her poems have also been regularly brought out in the Twórczość Ludowa (Folk Literature) periodical.

Elżbieta Wójtowicz has been repeatedly acknowledged and awarded for her artistic accomplishments and endeavours. She has received a plethora of prizes at folk literature competitions: in 2017 she won the Second Prize in the category of poetry and the Third Prize in the category of prose at the National Jan Pocek Literature Competition. In the same competition held in 2010, she finished in first place in the prose category and in 2009 she received an honourable mention in the poetry category and, simultaneously, came in third in the prose category. Two years previously, she was awarded two honourable mentions: in the poetry category for a selection of her works and in the category of drama for her play Wiankowy czwartek (Garland Thursday). This last piece is especially interesting as it was based on the motif of a holiday celebrated a week after Corpus Christi each year, when the women prepare small garlands made of herbs, carry them to the church and then, after they had been consecrated, place them at their homes as protection against thunderstorms. The scripted ritual was staged, for example, in 2007 in the theatre in Markuszów with the author also in the role of the director of the performance. It is worth adding here that the theatre itself had been established much earlier. It had been used in 1960–1962, thanks in no small measure to the efforts of the author’s mother, but it was not until 1972 when it began its regular activities initiated by Wójtowicz’s ensemble Wólczanki. This group specialises in performances of age-old folk customs and rituals, and Elżbieta Wójtowicz has been writing the scripts for its plays since 1997. She also performs in her own productions in the principal roles and as a storyteller. It needs to be emphasised that Wólczanki’s history and the texts of the songs they perform were edited by Wójtowicz and published by the Markuszów Regional Society (Markuszowskie Towarzystwo Regionalne) in the book form titled O Tobie ziemio nasza (About You, Our Land, Lublin 2001).

Since 2010, Elżbieta Wójtowicz has also led the communal ensemble Kalina based in Markuszów and conducted local dialect workshops and storytelling meetings throughout Puławski Poviat (district of Puławy). In 2014, she became a member of the Association of Folk Artists (Stowarzyszenie Twórców Ludowych), and in recognition of her dedication and artistic achievements she was awarded the medals ‘For Merits to Polish Culture’ and ‘For Merits to Lublin Land’. 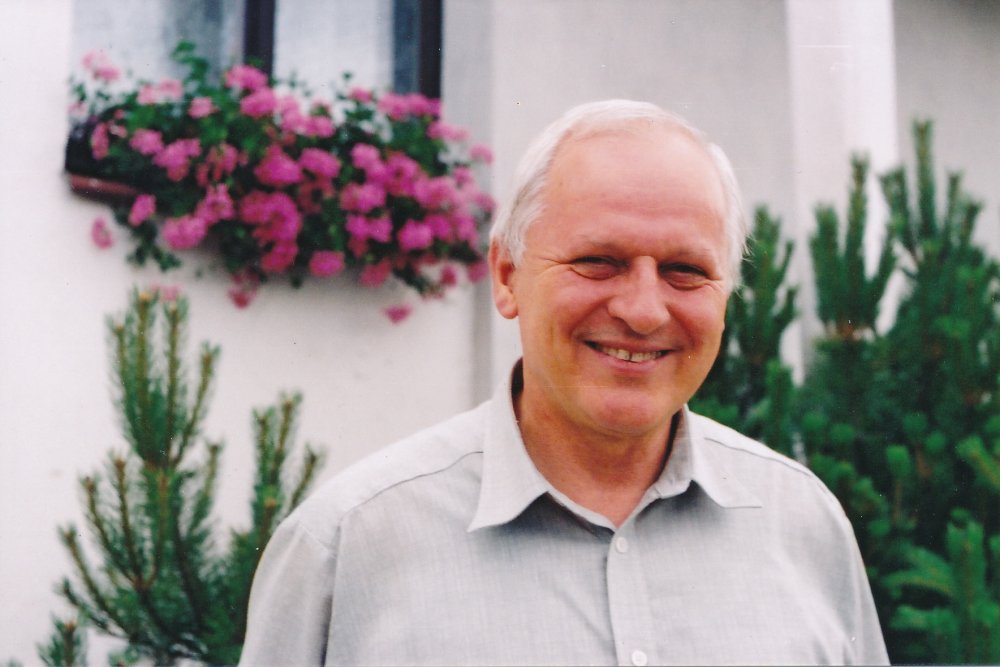