In the rich ethnographic landscape of the province of Małopolska (Lesser Poland), the Polish highlanders stand out for their amazing variety in terms of costumes, dialect, music, dance and local customs. Surrounded by the Lachs (Lachy), the Zagórzanie, the Black Highlanders (Czarni Górale or Górale Nadpopradzcy), the Ochotnica Highlanders (Górale Ochotniccy) and the Szczawnica Highlanders (Górale Szczawniccy), the community of the Sącz Highlanders of Kamienica (Górale Sądeccy od Kamienicy) cultivate their own, separate, exuberant lifestyle.

The Regional Music Ensemble (Zespół Regionalny) ‘Gorce’ from Kamienica was founded seventy years ago by the local music enthusiasts: Rozalia Wójcik (Rajnfus) – then in charge of the local school’s arts centre, Anastazja Jawor (Wojcieszak), Władysław Opyd, Stanisław Chmielowski and Stanisław Kurzeja. They were the initial group of activists who started collecting and recording the native folklore. Over time, the core of the group was augmented with other imaginative and passionate members, including Cze­sław Kyrcz, Zbigniew Tokarczyk, Józef Rusnarczyk, Czesław Kukuczka, Stanisława Cepielik, Maria Opyd, Józefa Cepielik and Eleonora Kucia. For many years, the ensemble benefited from the energetic presence of Mieczysław Franczyk (singer, starost [a community leader], groomsman, dancer and storyteller), Zofia Majewska and Mieczysław Marek (the ensemble’s dancer and manager, and a long-standing director of the Community Centre in Kamienica).

Initially, the ensemble enjoyed the patronage of the Commune Cooperative (Gminna Spółdzielnia) ‘Samopomoc Chłopska’ in Kamienica, later the central board of the Professional Retailers Union (Związek Zawodowych Pracowników Handlu) in Warsaw and since 1992 the Community Centre (Gminny Ośrodek Kultury) in Kamienica.

Gorce is a multi-generational ensemble gathering dancers and singers from Kamienica and the neighbouring villages. Its current instructor and guardian is Elżbieta Citak. The previous instructors and managers of the ensemble, who contributed to its history and repertoire, include Rozalia Rajnfus, Anastazja Wojcieszak, Stefan Kulig, Irena Hyrc and Karolina Drabik.

For the last seventy years, the Gorce Ensemble has been continuously and systematically fostering authentic traditions of the Kamienica Highlanders. This authenticity is not only evident during performances but also in the way the ensemble members interact with one another and within the broader community. The friendly atmosphere they maintain and their eagerness to foster and promote tradition have become a magnet attracting new enthusiastic members.

The ensemble has always made a point of being strongly rooted in tradition and the age-old customs, and this attitude has been an essential part of its daily activities. No wonder, then, that its repertoire contains tunes and melodies that have been found and collected from the oldest inhabitants of the area. The ensemble instrumentalists perform in the traditional stringed line-up consisting of the first/principal fiddle (leader), the second fiddle (which is occasionally, but uncharacteristically, doubled) and the double bass (formerly the ‘three-quarter’ bass). The ensemble musicians have learnt their songs and tunes by ear, without reading the music, and in the same way, according to the tradition, they pass down their musical treasures from generation to generation. Thanks to the managers of the ensemble, children and adolescents are taught traditional instruments in special classes of folk music-making, thereby providing a steady influx of new musicians to the local ensembles and bands.

The ensemble’s numerous successes could not have been achieved without a long-standing collaboration with local folk musicians, now deceased, such as the principal (first) fiddler Franciszek Kurzeja from the village of Kicznia, a winner of the Oskar Kolberg Award in 1985, and another principal fiddler, Władysław Ścianek from the village of Zbludza. The group has also been strengthened by such artists as Jan Kurzeja, Marian Dudzik, Paweł Miśkowicz, and, currently, musicians from the younger generations: Jakub Drabik, Wojciech Citak, Szymon Citak, Patryk Cedzidło, Paulina Kurzeja and Anna Więcławek. The Gorce members proudly wear their regionally accurate costumes, whose designs and ornaments are based on source materials and copied from the few existing samples preserved by the local villagers.

Gorce’s dance repertoire consists of traditional local dances, described and documented by regionalists and researchers, such as obyrtan, walc starodawny (‘ancient waltz’), sztajerek na jednym foszcie, polka starodawna (‘ancient polka’), polka goniona, polka krzyżowa, hajduk, zbójnicki and others. What the dancers present is grounded in the deep knowledge of their own villages, which most of the artists acquired and learnt at their family homes. Such knowledge, such a rich ethnographic material, serves as the basis for all the programmes and shows they perform during competitions and festivals. For years, the ensemble has been commended by the experts, and many of its performances have been critically acclaimed and awarded. The titles (all in the local dialect) of these award-winning spectacles, alluding to traditional activities and festivities, include Wesele góralskie, Z wiuchą na imieniny do Jonów, Tarcie lnu, Kumotry, Obigrowka u pana młodego, Ocepiny and Łograbek. These shows have been presented at the major folk events in Poland, such as the International Mountains Folklore Festival (Międzynarodowy Festiwal Folkloru Ziem Górskich) in Zakopane, the Polish Highlander Folklore Festival (Festiwal Folkloru Górali Polskich) in Żywiec, the Polish Highlanders Carnival (Góralski Karnawał) and Sabała’s Tales (Sabałowe Bajania) in Bukowina Tatrzańska, or at regional competitions and festivals, including ‘Limanowska słaza’ in Limanowa, ‘Druzbacka’ in Podegrodzie, presentations of village theatres in Czarny Dunajec, Bukowina Tatrzańska and Tarnogród, in addition to the Competition of Folk Rituals, Customs and Habits (Konkurs Obrzędów, Zwyczajów i Obyczajów Ludowych) ‘Podgórzańskie gody’ in Łużna etc. The ensemble’s rich history has also featured appearances at the Central Harvest Festivals (Centralne Dożynki) in the cities of Szczecin and Lublin (1953, 1954), a concert in the Vatican City for Pope John Paul II (1999), a presentation of the open-air show Wesele Górali Gorczańskich (The Gorce Highlanders Wedding) at the Ethnographic Park in Nowy Sącz (Sądecki Park Etnograficzny) and subsequently at the National Museum of Agriculture and Agri-Food Industry (Narodowe Muzeum Rolnictwa i Przemysłu Rolno-Spożywczego) in Szreniawa, and appearances in television programmes on TV Łódź and TVP Kraków with regional folk rituals: Śmigus Dyngus (1984) and Wigilia (Christmas Eve, 2004). As an ambassador of Polish culture, the ensemble has performed in Bulgaria, Sweden, Italy, Croatia, France, Belgium, Germany, Hungary and Slovakia.

The Gorce Ensemble has also released CD albums with some of its most characteristic repertoire: Z gór Ci jo and Nie uwodź…, bo mnie nie uwiedzies, and it has prepared and published a songbook called Pieśni Kamienickich Górali (The Kamienica Highlanders Songs). The ensemble’s members remain active and creative and their unique personalities find a reflection in the profile of the group as a whole. It is no wonder that the folklorists often call the ensemble an ideal vehicle for traditional culture. In recognition of its accomplishments, it received, in 1999, the Professor Roman Reinfuss Award and the ‘Parzenica Góralska’ Award at the International Mountains Folklore Festival in Zakopane. 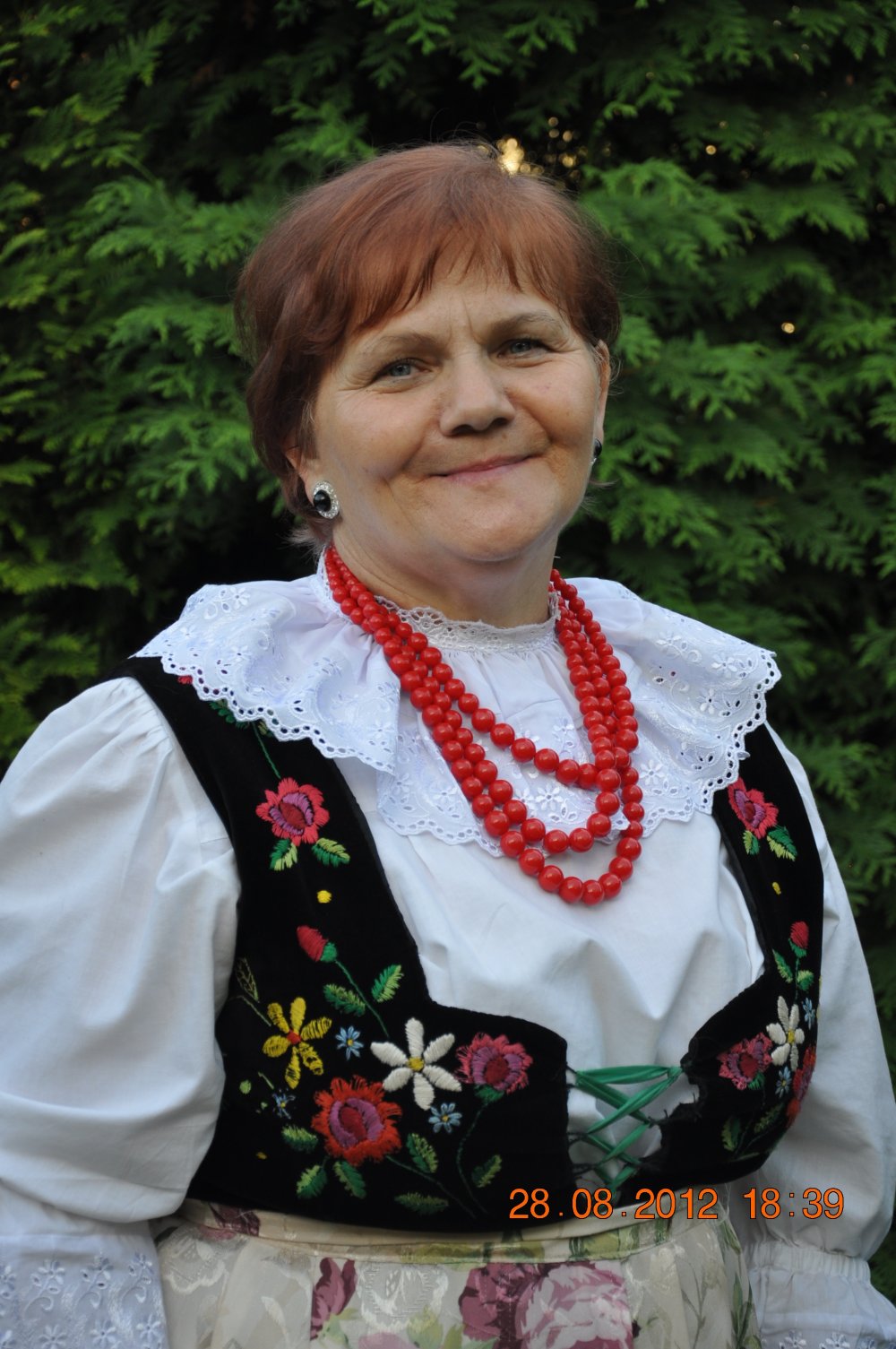