The Reverend Władysław Skierkowski Regional Centre for Kurpie Culture (Regionalne Centrum Kultury Kurpiowskiej im. ks. Władysława Skierkowskiego, RCKK) in Myszyniec, one of the first cultural institutions in the region of Kurpie, was established in 1972. It is governed by the local authorities of the commune (gmina) of Myszyniec, but its scope of operations reaches far beyond the commune borders and covers the whole area of Green Kurpie (Kurpie Zielone). The Centre focuses on the dissemination of culture in all its forms; its primary objective, ever since its inception, has been to protect and promote folk culture, support its manifestations, and motivate folk artists as individuals and as groups. It provides expert organisational guidance for the musicians, singers, ensembles, vocal groups and instrumental bands in the sphere of folk music events. The RCKK activates and popularises the legacy of folk artists through exhibitions, publications, as well as video and audio recordings. As early as 1974, the Centre founded a folk music ensemble called Kurpiowszczyzna (meaning: Land of Kurpie), which is still active, currently numbering around sixty multi-generational members. The ensemble has successfully appeared in concert in Poland and in other countries in Europe. One of the principal aims of the RCKK is regional education mainly addressed to the younger generations. The attendees have a chance to familiarise themselves with and practise various forms of folk arts and crafts, participate in contests for the best Kurpie-style Easter palm and decorative Easter egg, and compete in ‘Ocalić od zapomnienia’ (‘Saved from Oblivion’), one of the first competition for children and adolescents organised by the Centre, now having more than twenty years of history. Unwavering dedication and enthusiasm of the Centre’s numerous employees and associated cultural activists have contributed to salvaging innumerable wonderful, unique customs, rituals, songs and tunes from the Kurpie Green Forest (Kurpiowska Puszcza Zielona). The RCKK is the organiser of the largest folklore event in Kurpie – the Kurpie Honey Harvest (Miodobranie Kurpiowskie), whose forty-fourth edition was held in 2021. The RCKK was a co-organiser of a special concert of the National Philharmonic Orchestra from Warsaw under the baton of Antoni Wit, which took place in the local church on 15 June 2009. The Myszyniec-based cultural institution also initiated and acted as the main organiser of sacred folklore masses featuring fragments spoken in the local Kurpie dialect, which take place in the church in Myszyniec on the first Sunday of each month at 12 noon. In 2018 and 2019, the RCKK in Myszyniec held a scientific symposium in collaboration with the Vistula School of Hospitality (Szkoła Główna Turystyki i Rekreacji) in Warsaw – ‘Green Kurpie – Cuisine and Regional Traditions’ (‘Kurpie Zielone – kulinaria i tradycje regionu’). In 2021, in collaboration with the Myszyniec Friends Society (Towarzystwo Przyjaciół Myszyńca), the Centre held a symposium dedicated to the memory of Revd Władysław Skierkowski, the ‘Ethnographer of the Land of Kurpie’.

In 2020, the Regional Centre for Kurpie Culture in Myszyniec opened the Multimedia Museum in the Belfry (Multimedialne Muzeum w Dzwonnicy) in Myszyniec featuring a permanent exhibition. It also holds numerous temporary exhibitions of the local and regional folklore, arts and crafts, paintings and writings. The facility’s endeavours are not limited to gathering and storing the souvenirs of the past. Its employees use cultural-educational actions offering classes, museum workshops and artistic programmes to present the legacy of the region’s spiritual culture. They also run workshops of the age-old arts and crafts, as well as folk music, song and dance. It is a centre for dissemination of the broadly-conceived culture and a place to meet, rest and have fun.

The RCKK also conducts projects initiated by the Ministry of Culture and National Heritage of the Republic of Poland, thanks to which it can purchase folk costumes for the local song and dance ensembles and organise public events. The Reverend Władysław Skierkowski Regional Centre for Kurpie Culture systematically collaborates with the Mazowsze Cultural Institute (Mazowiecki Instytut Kultury) on several projects: as part of the Mazowsze Theatre Fund (Mazowiecki Fundusz Teatralny), the artistic events of the KARAWANA EUROPA (CARAVAN EUROPE) programme and music concerts from the series MAZOWSZE W KORONIE (MAZOWSZE IN THE CROWN). In December 2020, the RCKK in Myszyniec initiated a cultural programme on YouTube called KIERC (K – kultura [culture], I – informacje [information], E – edukacja [education], R – rozrywka [entertainment] and C – ciekawostki [trivia]). In recent years, the RCKK has taken full advantage of the allotted EU funds. It has been able to prepare projects and seek external funds for their finalisation, which resulted in thermal upgrading of the building and renovation of the concert hall adjusting it for film displays and enlarging the lobby.

The Reverend Władysław Skierkowski Regional Centre for Kurpie Culture employs event managers, creators and artists, who are brimming with ideas, passion and dedication to their work and who are not daunted by the challenge of taking a creative risk. They promote the commune of Myszyniec and the whole Land of Kurpie in Poland and abroad. 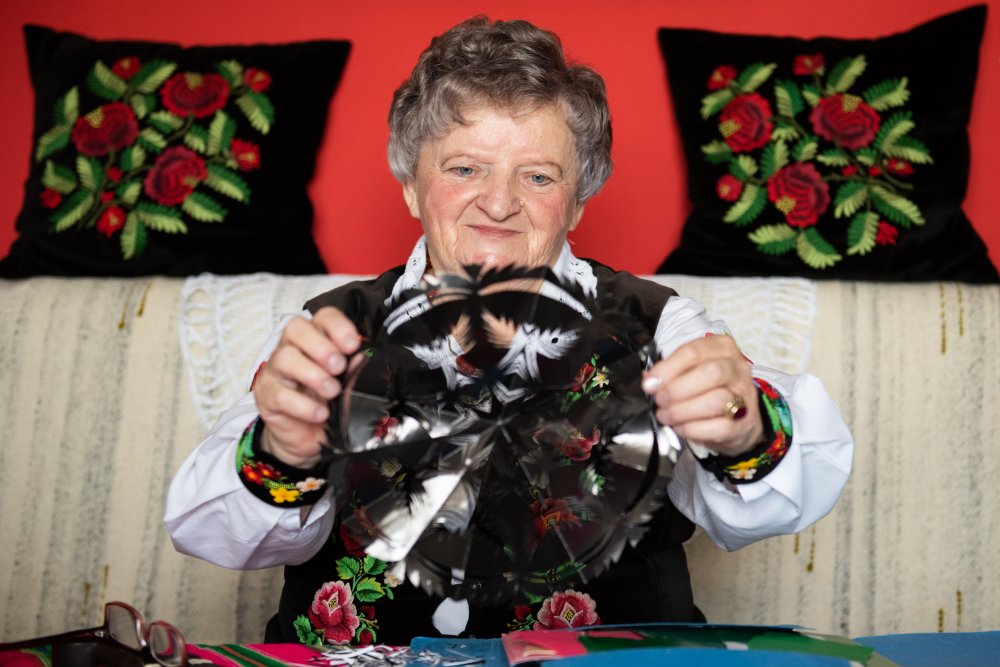