Kazimiera Balcerzak is considered one of the most gifted and versatile contemporary folk artists from Sieradz Land (Ziemia Sieradzka). She is an excellent paper-cut artist and embroiderer. She has also produced innumerable decorative and ritualistic handicrafts.

She was born on 27 May 1944 as the eldest child of Stanisława and Józef Klimczak in the village of Męka-Jamy. Her father was a railwayman and, together with his wife, he also ran a small, four-hectare farm.

Kazimiera Klimczak attended the primary school in Męka and went on to study at a comprehensive secondary school in the neighbouring city of Sieradz. After completing her education, she started working in the hospitality industry and soon married Tadeusz Balcerzak, starting a family and the duties and chores of everyday life that go along with it.

Kazimiera practised embroidering, when she was still a child, with her grandmother Marianna Kikowska and aunt Józefa Śnieg. However, for many years, embroidery remained just an occasional hobby of hers. It all changed in the late 1980s and the early 1990s, when she met three renowned older-generation folk artists from Sieradz Land: firstly Józefa Chaładaj and Maria Pawlak, and slightly later Bronisława Bednarek. The women became Kazimiera’s mentors not only in the realm of embroidery but also Sieradz-style papercutting, as well as decorative and ritualistic handicrafts. Kazimiera quickly proved to be an exceptionally bright and talented student.

By her own reckoning, though, she considers the year 1997 to be the starting point of her adventure with the Sieradz folklore. That was when, after a lengthy encouragement process, she made her very debut at a folk art competition organised by a museum in Sieradz. She only succeeded in garnering an honourable mention, but she saw it as her big break: she simply started to believe in herself.

Over time, she began to specialise in papercutting. Her rich output comprises such characteristic and inimitable forms and shapes of the Sieradz Land papercutting traditions as cacka, mazury, rózgi, lolki and kozoki. In this field, she follows a dual path of sorts. On the one hand, she keeps to the traditional patterns, trying to recreate the motifs that she remembered from her childhood or borrowed from the artists of the older generations. On the other hand, though, she is eager to venture into uncharted territories and play it by ear, as it were, introducing innovative and visually attractive solutions. Good examples of such an approach are her cacka and mazury, into which she integrates the motifs of Christmas, Easter, images of the Blessed Virgin Mary and famous personages, as well as characteristic landmarks of Sieradz Land.

As regards her embroideries, she is a traditionalist. She meticulously recreates characteristic patterns found in Sieradz Land using the traditional technique of ‘flat embroidery’. She is famous and admired for her aprons specially made for such clients as folk music ensembles, decorated with rich, multi-coloured floral selvedges. She is arguably one of the last artists who have mastered the now-forgotten technique of the so-called ‘white embroidery on tulle’ used for making veils and bonnets.

Kazimiera Balcerzak has also produced a plethora of decorative and ritualistic handicrafts. She is a master of multi-coloured bouquets, garlands and colourful paper-tissue decorations. She also makes the so-called ‘flat laces’ and ‘gathered laces’ made from glossy paper. In addition, she specialises in Sieradz-style ‘spiders’ as well as three-dimensional ornaments made of straw, tissue paper and beans.

For many years now, Kazimiera Balcerzak has been taking part in folk competitions coming back with a basketful of honours. Her most notable accomplishments include a prize in the embroidery category at the National Folk Art Competition ‘A to polskie właśnie’ (‘The Polish Thing’, STL Lublin, 2004), a prize at the Fifth Folk Art Competition ‘Wycinanki niezaplanowane’ (‘Unplanned Paper-Cuts’, Częstochowa Museum, 2012), an honourable mention at the competition ‘Nowe szycie makatki’ (‘Newly Sewn Tapestries’, ŁDK, 2017) and the first place in the category of traditional paper-cuts at the competition ‘Triennale wycinanki ludowej województwa łódzkiego’ (‘Łódzkie Voivodeship Folk Paper-Cut Triennial’, Łowicz Museum, 2019).

The artist’s works have been displayed at numerous exhibitions, both collective and individual, in Poland and abroad. Between 2017 and 2021, her paper-cuts were showcased at no fewer than eleven exhibitions, e.g. at the museums in Bełchatów, Częstochowa, Konin, Ostrów Wielkopolski, Piotrków Trybunalski, Włocławek and Zielona Góra. Her works have also been admired abroad at exhibitions held in such places as Terni, Italy (2009 and 2011) and Brussels, Belgium (2021). They are also kept in numerous Polish museums (Bełchatów, Częstochowa, Ochla, Sieradz, Szreniawa, Włocławek) and in private collections in Poland and other countries.

For many years, Kazimiera Balcerzak has been actively involved in educational endeavours offering workshops of papercutting, embroidering and decorating addressed to children and adolescents at schools and cultural establishments. Between 2006 and 2011, she took part in the successive editions of an educational folk culture programme called ‘Krzesiwo’ (‘Fire Striker’) co-funded by the Polish Ministry of Culture and National Heritage. In 2012, as part of the ‘Bliżej Folkloru’ (‘Closer to Folklore’) programme, she ran papercutting workshops. In 2016, she was invited by the Łódź Community Centre (Łódzki Dom Kultury) to collaborate on the project called ‘Sieradzkie szycie. Nie tylko petanka…’ (‘Sieradz-Style Sewing. More Than Just the Petanka...’) co-funded by the Ministry of Culture and National Heritage. In 2017, she trained adults how to embroider during the programme ‘Igła igle nie równa’ (‘There is a needle and there is a needle’) supported by the Marshal of Łódzkie Voivodeship. In the following two years, she ran workshops for the programme called ‘Sieradzkie wzory’ (‘Sieradz-Style Patterns’), also co-funded by the Marshal’s Office. She has been repeatedly invited to train at papercutting and embroidering workshops run by such institutions as the Podlaskie Museum in Białystok, the Museum of Agriculture and Agri-Food Industry (Muzeum Rolnictwa i Przemysłu Rolno-Spożywczego) in Szreniawa, the Museum of Ethnography in Zielona Góra and the Łódź Community Centre.

Kazimiera Balcerzak also needs to be commended for her efforts at popularising folklore and traditional arts and crafts at all types of folk fairs, throughout Sieradz Land and beyond. For many years, she has been invited to the most prestigious folk events organised in Poland, e.g. the National Folk Art Fair (Ogólnopolskie Targi Sztuki Ludowej) in Kazimierz Dolny nad Wisłą and the Mountains Folklore Festival (Festiwal Folkloru Ziem Górskich) in Zakopane.

The artist is actively involved in the works of the Kreatywny Sieradz (Creative Sieradz) association. She is also a member of the Association of Folk Artists (Stowarzyszenie Twórców Ludowych, STL) and, in 2010–2014, she worked as president of the Sieradz branch of the STL.

Kazimiera Balcerzak’s long and outstanding career of a folklore artist, as well as her contribution to the promotion of the local legacy, have been widely appreciated and frequently awarded, e.g. by the Governing Body of Sieradzki Poviat (2013), the Board of Directors of the Association of Folk Artists (2018) and the Marshal of Łódzkie Voivodeship (2019). 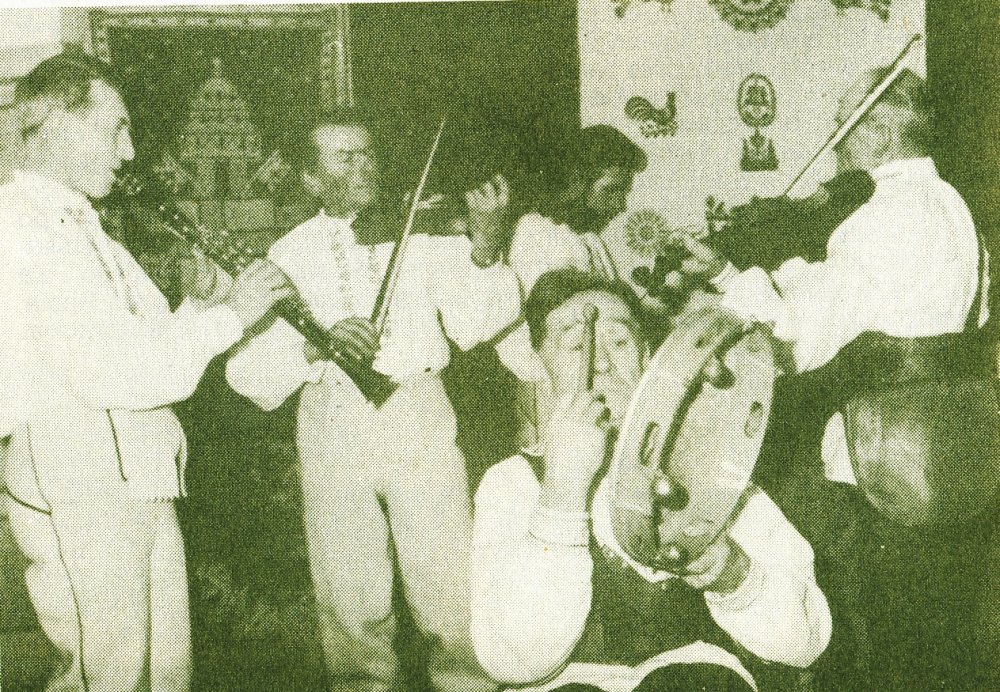