The Roman Wojciechowski Band is currently one of the most highly-esteemed, well-integrated and long-standing folk bands in the administrative region of Łódzkie Voivodeship (county). It consists of Roman Wojciechowski on the fiddle, Radosław Biniek – three-row button accordion and Bogusław Lipski – drum with a triangle. The ensemble was founded in 2002 and has played in the same line-up ever since. It performs traditional music of the lands of Opoczno and Rawa Mazowiecka, being applauded for its rich repertoire, mainly consisting of triple-time dances (the so-called ‘sung obereks’), smoothness of playing, impeccable technique, temperament and old-style approach to music-making.

The band’s leader, Roman Wojciechowski (born in 1949 in Ciebłowice Duże, currently living in Tomaszów Mazowiecki), is a fiddler, singer and saxophonist all in one. He was born into a musically gifted family: his father played the harmonica and sang; his grandfather sang during wakes and pilgrimages to the monastery in Częstochowa, and his uncle played the drum in a band alongside accordionist Stanisław Kościecha and fiddler Władysław Kosylak. Roman Wojciechowski revealed musical inclinations from an early childhood – he listened intently to the local fiddlers, especially Marian Wachoń and Jan Staniec, during parties and dances. When he was a small boy, he tried to play his brother’s mandolin, but when he inadvertently broke a string, he returned the instrument to the teacher, and both he and his brother gave up their hopes of becoming mandolin masters (the mandolin band, led by Mieczysław Wiaderny, practised at the Primary School in Białobrzegi). In 1961, his father bought him a fiddle, on which he tried to play his first tunes, mostly on just one string. Seeing those efforts, his father took him to Feliks Franczak, a fiddler and teacher from Tomaszów Mazowiecki. It was the start of his real studies, when he learnt to read music. Roman Wojciechowski also practised the clarinet and saxophone. He performed on the latter in a brass band from 1966 until the mid-1990s, i.e. until the closure of the Chemical Fibres Factory (Zakłady Włókien Chemicznych) ‘Wistom’, with which the band was affiliated. From the age of fifteen, Wojciechowski played at parties and weddings in a line-up consisting of an accordionist, a saxophonist, a guitarist and a drummer. Practical experiences taught him that being able to read music was no advantage, because he was required to play by ear instead. For ten years, he was a member of a street band, which took part in music competitions and performed ‘on the street’ in such places as Tomaszów Mazowiecki, Skarżysko Kamienna and Rawa Mazowiecka. For many years, he also performed at wedding parties in a group called Waganus (mainly on the saxophone and sometimes on the fiddle) and in a band that accompanied song and dance ensembles in the districts (poviats) of Opoczno and Tomaszów Mazowiecki (Słowiki from Sławno, Róża from Gawrony, Kamienianka from Kamień and Zespół z Olszowa i Twardej).

Radosław Biniek (born in 1974 in Opoczno, where he still lives) first studied the standard accordion at a school of music, but he was more fascinated with the sound of the three-row button accordion. Initially, at the age of sixteen, he practised on his own, borrowing from the repertoire of the Song and Dance Ensemble (Zespół Pieśni i Tańca) ‘Tramblanka’, whose instrumental section he eventually joined and has remained there ever since. Radosław Biniek is also a member of The Biniek Band (Kapela Bińków) alongside his mother Halina playing the fiddle and his sister Kamila performing on the clarinet, the drum and as a singer. On a daily basis, he plays the three-row button accordion with 12 bass buttons and occasionally with 24 bass buttons, which is an antique and unique instrument. He can also play the fiddle, the guitar and the saxophone. In addition to all these skills, he makes small drums – one-sided and double-sided (with a triangle).
Bogusław Lipski (born in 1950 in Skórkowice, commune of Żarnów, Opoczyński Poviat, now living in Tomaszów Mazowiecki) has been banging on the drums since 1972. He was initially a member of the Drygant ensemble, then played in Opocznianka and later, for many years, in Tramblanka.

Either with his band or soloistically, Roman Wojciechowski has performed successfully throughout Poland taking part in festivals and competitions of folk music (Sieradz, Łódź, Bedlno, Bielowice, Dąbrowa Górnicza, Maurzyce etc.). The band have been multiple winners of the famed National Festival of Folk Bands and Singers (Ogólnopolski Festiwal Kapel i Śpiewaków Ludowych) held in the historic town of Kazimierz Dolny nad Wisłą (2004, 2008, 2012, 2015, 2018, 2021). An important element of their activities is participation in a whole variety of folk events, such as Wszystkie Mazurki Świata (Mazurkas of the World), Zawieruchy Radomskie (Stormy Radom), Jarmark Jagielloński (Jagiellonian Fair), Kiermasz pogranicza Kultur (Cultural Crossroads Fair), Międzynarodowe Targi Sztuki Ludowej (International Folk Art Fair), Święto chleba (Bread Festival) and Dożynki Wojewódzkie (Voivodeship Harvest Festival). In their daily lives, the musicians collaborate with various folk ensembles from around Rawa Mazowiecka and Opoczno, providing the musical background for the regional festivities, festivals and competitions. They have been broadcast by Polskie Radio (Polish Radio, the national broadcaster) and local radio stations, and have appeared in the film Zimna wojna (Cold War) directed by Paweł Pawlikowski and a programme aired on the national television channel (TVP) named Szlakiem Kolberga (On the Road with Oskar Kolberg). In recognition of their enthusiastic dedication to the promotion of the local and regional culture, the group received the Łódzkie Voivodeship Marshal Award (Nagroda Marszałka Województwa Łódzkiego). Roman Wojciechowski himself is an individual laureate of the Oskar Kolberg Award for merit to the folk culture (2012), and he has also been awarded the honorary badge ‘Meritorious Activist of Culture’ (‘Zasłużony Działacz Kultury’, 2000) and the silver medal ‘For Merit to Culture Gloria Artis’ (2022). 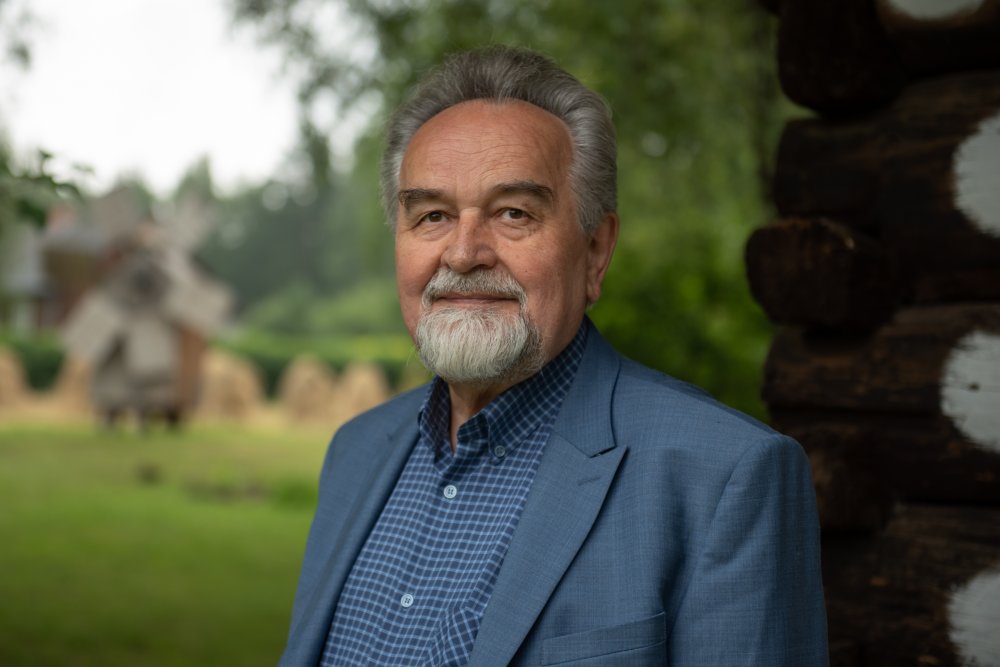