The village of Tarnowica Polna lies 20 kilometres from Tłumacz, a former poviat (district) seat in Stanisławowskie Voivodeship. It was founded by Hetman (a military commander) Jan Tarnowski in the sixteenth century. Before the Second World War, its population was a little over 1500 and there were close to 400 farms. The world of this community ceased to exist in 1945 when the village was incorporated into the Soviet Union and all its inhabitants displaced. Some of them, and their descendants, now live in the Kłodzko Valley in Dolny Śląsk (Lower Silesia). They were thrown away from a village in which their families had lived for centuries, leaving behind empty homes, a church and a cemetery with graves of their ancestors. Squeezed into freight trains, they travelled for two weeks.

Most of the natives of Tarnowica Polna eventually settled in Nowy Waliszów and the neighbouring villages near the town of Bystrzyca Kłodzka. Others went all the way to Lubuskie Land in the west of Poland and to the province of Pomorze (Pomerania), near the city of Słupsk on the Baltic Sea coast. People still tell a story when, during the displacement journey, one of the railway coaches carrying only women and children got detached from the rest of the train and travelled towards… Austria. It took a lot of effort to bring it back.

The remoteness amongst the separate groups of migrants was a deliberate strategy of the communist government in post-war Poland to sever the ties that had existed for generations and, as a consequence, to undermine the existing social structures and a sense of belonging to their lost homeland. The Red Cross was searching for the families from Tarnowica Polna, who had ‘vanished’ in the process, well into the 1950s. Some of them left their assigned destinations to be nearer their relatives. The tradition of getting married within the same old-home communities lasted for several subsequent decades.

Keeping the sense of community was definitely helpful in the adaptation process and in bringing back a sense of security. People still lived amongst their own, working, playing and celebrating in their midst. The tools brought from the old homes were soon replaced with more modern machines as the lifestyles changed and the world entered a new cultural space.

The festive and everyday situations were accompanied by songs, which after many years proved to be the most solid element of the cultural legacy brought over from the native region of Podole. Three female members of the Waliszowianie Ensemble can still remember the times when they were living in Podole and the years immediately after the Second World War. They say that singing was more common in those days than it is now; people did not need to be encouraged to sing, they did it of their own accord. As small girls, the current members of Waliszowianie regularly listened to the ancient songs performed by the adults when the whole families worked or played together.

Amongst the numerous vocal folk groups from the region of Dolny Śląsk, Waliszowianie stand out for having their own traditional costumes. Some of the shirts worn by the female members date back to the pre-war times, and they serve as models for newly sewn clothes. They are adorned with embroidered forearms and triple strings of original corals. Habitually, married women wear headscarves, and the belts are bound with woven patterned ribbons.

In 2011, Waliszowianie was recommended to represent Dolny Śląsk at the prestigious competition of the Forty-Fifth National Festival of Folk Bands and Singers (Ogólnopolski Festiwal Kapel i Śpiewaków Ludowych) in Kazimierz Dolny nad Wisłą. Their high level of musicianship coupled with the unique song repertoire won them the Third Prize in the category of vocal ensembles. One of the pieces they performed during that event was an old carol, whose singing was accompanied by laying out a fur coat, with its lining inside out, in front of the singers “to attract abundance”. The singers were unsure, until the last moment, whether such an ancient piece of music and the tattered fur coat, made in 1915 (!), would be appreciated by the judges and the audiences. The fur coat had been brought all the way from Tarnowica Polna along with the most desirable necessities. Soon afterwards, in 2012, the ensemble was invited by the renowned Teatr ‘Pieśń Kozła’ (Song of the Goat Theatre) from Wrocław to collaborate on the production of Pomnę, pomnę…, whose content was inspired by the stories of the forced post-war displacement. The play was performed at the theatre and, subsequently, at the Museum of Ethnography (Muzeum Etnograficzne) in Wrocław. In the meantime, Waliszowianie won the Second Prize performing at the Szczecin Philharmonic Hall during the so-called Tournament of Genuine Musicians (Turniej Muzyków Prawdziwych). Not much later, there appeared a documentary titled Pieśni z kresowej Tarnowicy (Songs from Tarnowica in the Eastern Borderland) directed by Ignacy Dumin and produced by the Culture and Art Centre (Ośrodek Kultury i Sztuki) in Wrocław. The most prestigious recognition that the ensemble has received came in the shape of an invitation to a concert series called Pieśni z lasów i pól (Songs from the Woods and the Fields) at the International Festival ‘Wratislavia Cantans’ held at the National Forum of Music (Narodowe Forum Muzyki) in Wrocław in 2019. Wratislavia Cantans is an annual event featuring the most celebrated musicians from around the world. In the festival programme, Waliszowianie was advertised alongside such famous names as Yehudi Menuhin, Julia Lezhneva and the Greek Byzantine Choir. The female singers from Nowy Waliszów performed an ancient wedding song, Hej, w zielonym gaiku and two carols: Paśli pasterze woły and Dzieciątko się narodziło, with the Podole fur coat again as a requisite accessory.

The songs performed by Waliszowianie are relics of the ancient Polish culture of the Eastern Borderland (Kresy) associated today with historic ethos of the heroic Polish Commonwealth and its centuries-long battles in the ‘Wild Fields’ of today’s Ukraine against the Tartar hordes, the Cossack insurgents and the Ottoman invaders, and with the brave protection of its borderland strongholds. Podole in those days was portrayed as a ‘heroic land of milk and honey’. The land’s illustrious and noble past is reflected in a ballad sung by Waliszowianie titled Tam pod lasem, pod podolskim (There by the Woods in Podole). It goes all the way back to the battles fought against the Ottoman Turks in the times of King John III Sobieski of Poland. Another song from the same period, Pod Kamieńcem, pod podolskim (Near Kamieniec in Podole) tells a story of a soldier dying in war. The sung text features an appearance of ułanowie (a dialectal version of ułani: uhlan cavalrymen) who are enquired about the fate of the soldier by his sisters. The wish that “the soldier sleeping in his grave may dream of Poland” indicates that the text must have been supplemented somewhere in the nineteenth century during one of several national uprisings against the occupants.

A collection of more than a hundred ancient songs that are still remembered by the Waliszowianie artists is a relic of the dialect used by the Poles from Podole, spoken until about the mid-nineteenth century. While in its colloquial form it has undergone serious modifications, it is still originally preserved in the sung texts. Most of these songs have been recorded in textual and melodic transcriptions, and published in 2021 as Na Podolu to się śpiewało! (How We Sang in Podole!).

There is a Museum Chamber (Izba Muzealna) in Nowe Waliszewo managed by the members of the ensemble, where you can see some exhibits from the native village: a glory box, intricately embroidered homespun shirts, sacred paintings and reproductions of 100-year-old photographs. You can also see what the sierak (a type of men’s russet coat) looks like. The Chamber houses a rare specimen, such as you may not easily find in other museums. From time to time, the women bake breads in the oven installed in the Chamber, in accordance with an ancient recipe from Podole.

For many years, the ensemble has collaborated with a number of museums from Dolny Śląsk, enriching their collections with exhibits from family archives. Its cooperation with the Karkonosze Museum (Muzeum Karkonoskie) in Jelenia Góra has enabled the souvenirs from Tarnowica Polna to appear at anniversary exhibitions that marked seventy and seventy-five years that had passed since the trek of Podole villagers to Dolny Śląsk. The exhibitions were named Tradycja w przestrzeni czasu. 70-lecie Wielkiej Wędrówki (2015/2016) and Dawno, niedawno…, dzisiaj. (…) (2021). The latter’s vernissage featured the ensemble’s performance of a korowaj wedding song, Rośnij, rośnij korowalu wielgi…. It is a priceless sample of a repertoire that used to be performed at wedding ceremonies. A korowaj was a type of cake that was brought in by the starost’s wife, its appearance loudly applauded by all the wedding guests, who were each given an obligatory slice. The custom was widely practised in Kresy and it symbolised a tightly knit community.

The Waliszowianie Ensemble’s activities carried out in very peculiar circumstances, whereby the continuity of a local community has been violated, perfectly match the guidelines of the UNESCO Convention for the Safeguarding of the Intangible Cultural Heritage from 2003. They are proof that the nature of traditions is sometimes more solid than tangible objects that might have seemed to be much more resistant to the passage of time. Their contribution to the strengthened sense of connectedness in the local communities is a virtue that cannot be overestimated. 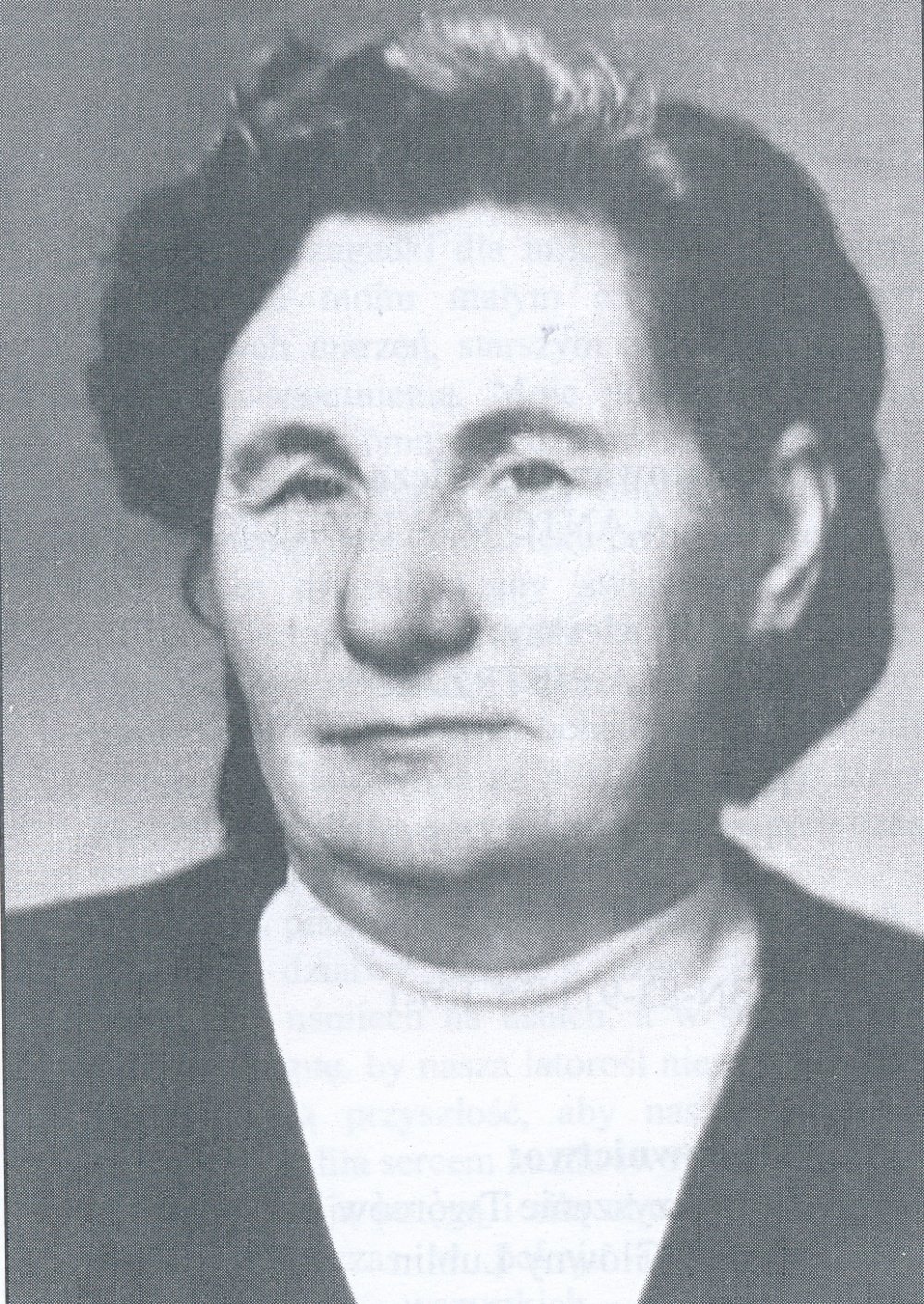