Field of activity:
sculptor, creator of unique moving folk toys, series of farm equipment and rural architecture. Folk poet, author of chronicles about the past inhabitants of rural areas.

Jan Puk was born in 1941 in the village of Wola Rusinowska which lies in the heart of the Sandomierz Forest (Puszcza Sandomierska) – a region populated by the ethnic group of Lasowiacy (Lasowians). For the last seventy years, he has created products made of wood, out of which – already as a small child – he whittled clogs, small farm tools, gadgets and his first toys using a small knife, a gift from his father.

After his marriage solemnised in 1959, he settled in the village of Trześń near Sandomierz, where he commenced his professional activities as well. For forty years, he was employed, amongst other jobs, at the railway stations in Sandomierz and Rozwadów. He excelled in his professional capacities, which he truly enjoyed and which brought him admiration in the form of numerous accolades and awards.

Jan Puk has always helped others and tried to act in the best interests of the society. One of the principal topics of interest for him is promotion of the Lasowiacy folk traditions that he knows from his own experiences. Some of the places that he enjoys spending time in the most have always been the District Museum (Muzeum Okręgowe) in Sandomierz, the Regional Museum (Muzeum Regionalne) in Stalowa Wola and the Community Centre (Dom Kultury) in Grębów, which exhibited the laureate’s first works in 1987. When he was still working at the railway stations, he actively pursued his diverse passions, which included writing poems, chronicles and articles dedicated to the life of the Sandomierz Forest area inhabitants. To this day, he is one of the most genuine promoters of the everyday life of the Lasowians.

The most precious gift that Jan Puk possesses is his skill of sculpting in wood. In his sculpted works, he focuses on sacred (the Pensive Christ, figures of saints etc.) and secular (Józef Piłsudski, Tadeusz Kościuszko, scenes from the life of a Lasowiacy village etc.) themes, but first and foremost he has been widely acclaimed for his unique, in Europe and the wide world, static and moving folk toys and farm machinery, such as carts and windmills, but also elements of village architecture, including farmyards and the accompanying buildings. One of the most interesting cycles/series of his crafts are moving toys that portray representatives of the dying professions and obsolete skills, e.g. sawmen, flailing, cabbage shredding, lumberjacks, blacksmiths, carpenters and many others. Jan Puk also makes a plethora of varied musical instruments, such as cog rattles, clappers, all kinds of rattles adorned with field stones and whistles, which are often shaped like birds of different species. What is quite amazing is that all these toys and sculptures are produced without the use of nails, and they are not painted.

The extremely rich and varied range of the folk toys he conjures up reflects the artist’s outstanding creativity. For many years, Jan Puk has been developing and perfecting diverse methods and techniques of stylisation. He has been known for complex, multipartite moving mechanisms which are wholly made of wood. In his latest cycle, ‘Wozy’ (‘Carts’), he has showcased the variety of village vehicles with an admirable attention to all the intricate details of construction. And all those vehicles can move, too!

Mr Puk knows that the combination of studying and playing gives one a chance to reach out to the different generations of recipients. His sculptures and toys alike have a universal character, and he is happy when they can be enjoyed in museums or at the homes of individual recipients, who can thus have a direct contact with his creations, most of them dedicated to children.

Jan Puk’s works can be admired and appreciated in a whole range of museums, including the Castle Museum (Muzeum Zamkowe) in Sandomierz, the Regional Museum (Muzeum Regionalne) in Stalowa Wola, the Toy Museum (Muzeum Zabawkarstwa) in Kielce, the Folk Culture Museum (Muzeum Kultury Ludowej) in Kolbuszowa, the Museum of Folk Musical Instruments (Muzeum Ludowych Instrumentów Muzycznych) in Szydłowiec, the National Museum of Ethnography (Państwowe Muzeum Etnograficzne) in Warsaw, the Museum of Archaeology and Ethnography (Muzeum Archeologiczne i Etnograficzne) in Łódź and many others, in addition to history exhibition chambers at schools, private collections in Poland and abroad, but most importantly at the artist’s own home. His achievements include several dozen individual and collective temporary exhibitions at a variety of institutions, including museums, community centres and schools. His latest major individual exhibition can be seen until August 2022 at the Regional Museum in Stalowa Wola. It is titled Takie było lasowiackie życie… Dawna wieś w rzeźbie Jan Puka (Such was the Lasowians’ life... An old village in the sculptures of Jan Puk).

In recognition of his professional, social and creative accomplishments, Jan Puk has received a plethora of national awards and medals, such as the Tarnobrzeg Voivode’s Creative Scholarship, the medal ‘For Merits to Culture’, the honorary medal ‘For Merits to Education’, the Gold Cross of Merit, the Medal of the Commission of National Education, the Gwiozda Łowicka (Star of Łowicz) and AMICO SUO SINGULARI. He also won the grand prix at the Seventh International Traditional Toy Competition (Międzynarodowy Konkurs na Zabawkę Tradycyjną) held in Bielsko-Biała in 2007. 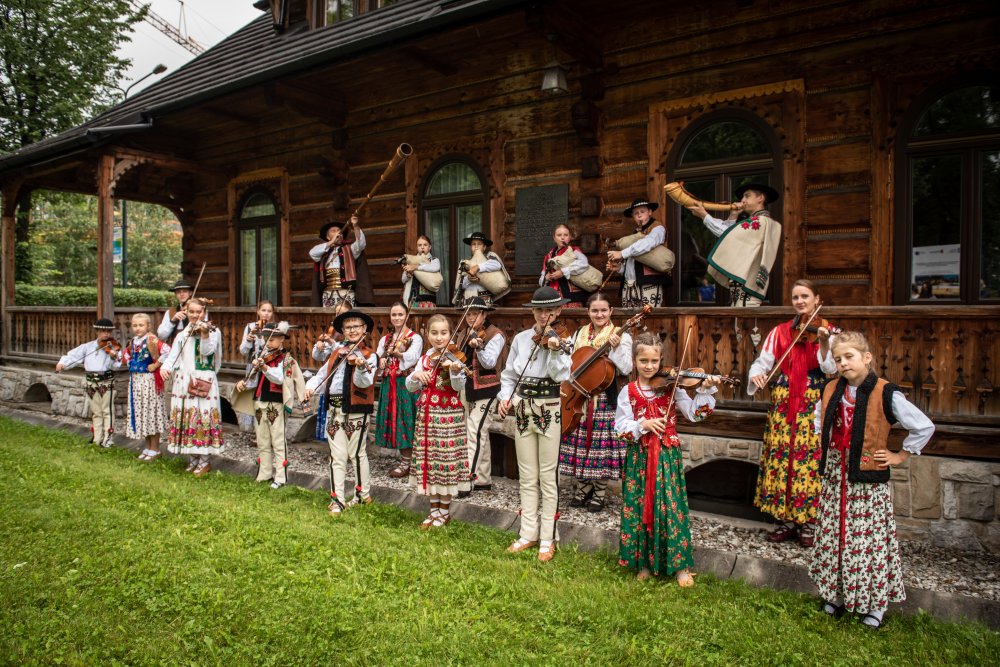