The Kujawy Enthusiasts Society (Towarzystwo Miłośników Kujaw, TMK) in Radziejów was founded in 1962. Its organiser and first president (until 1982) was Józef Górczyński. In the 1960s, the TMK was the only local organisation that was determinedly and ambitiously involved in the promotion of Radziejów Land and the whole province of Kujawy. Since 2005, the TMK has acted as an independent social organisation, entered into the National Court Register. Its principal statutory objectives are to support national and regional traditions, foster the local patriotism, initiate enterprises aiming at the preservation of the cultural legacy and regional traditions, disseminate folk arts and crafts, and aid the local artists. Since its very inception, the TMK has been gathering artefacts of material culture and regional arts. The year 1964 saw the establishment of a Chamber of Regional Arts and Crafts (Izba Regionalna), which cooperates with the Museum of Ethnography (Muzeum Etnograficzne) in Toruń, the Museum of Kujawy and Dobrzyń Land  (Muzeum Ziemi Kujawskiej i Dobrzyńskiej) in Włocławek, the Museum of Archaeology (Muzeum Archeologiczne) in Łódź and the Scientific Society (Towarzystwo Naukowe) in Włocławek.

The Chamber of Regional Arts and Crafts is run by volunteers who are members of the Kujawy Enthusiasts Society and it is financially aided by the Radziejów municipal authorities. The primary objective of the Chamber’s activities is to preserve the memory of the ancestors and relics of the past for future generations. The TMK collaborates with the local/regional schools, cultural institutions and a variety of other organisations. Its exhibits devoted to the regional history, folklore, art, culture and the community life are displayed in five rooms.

The regional education room mostly houses a rich collection of books that once belonged to the local nobility, as well as paintings from open-air exhibitions. It also serves as the venue for museum classes, public lectures, contests and handicraft workshops. The Kujawy room houses pieces of equipment and objects connected with the everyday life of local families. On display there are cupboards with a rich collection of pottery, churns, earthenware, cast-iron pots on a coal stove, a washtub with a washboard and many other exhibits.

In the entrance hall, you can see equipment and tools used in the farmhouse, the farmyard and in the field. Amongst other things, there is a collection of paraffin lamps and flat irons. The alcove serves as a festive room. There is a bed, a cradle, dowry chests, travelling trunks and a straw ‘spider’ chandelier hanging from the ceiling. The visitors can also admire the festive Kujawy-style costumes for men, women and children. The alcove hides a traditional ‘sacred corner’. There are photographs of Zespół Kujawy (Kujawy Ensemble) from a performance of Wesele na Kujawach (The Wedding in Kujawy) written by Franciszek Beciński. The fifth room is dedicated to the history of the town of Radziejów and its environs. The display cabinets hold archaeological artefacts, memorabilia from the Second World War and exhibits that attest to the social and economic status of the town (e.g. guild documents, foundation deeds, banners, antique coins and commemorative books). The exhibition also displays preserved chunks of headstones from former Jewish cemeteries. The permanent exhibitions displayed in the historic hall are titled Ponar - Antoni Iglewski, cichociemny z Radziejowa (Ponar – Antoni Iglewski, a cichociemny soldier from Radziejów) and Jan Cybulski - uczestnik bitwy pod Monte Cassino (Jan Cybulski – a fighter from the battle of Monte Cassino).

With discovering and disseminating the Kujawy-style songs, dances and rituals in mind, a local folk band was founded in 1967, later evolving into the fully-fledged Song and Dance Ensemble (Zespół Pieśni i Tańca) ‘Kujawy’. Its repertoire featured age-old songs and tunes discovered and collected from the villages of the area. The Kujawy Ensemble is still going strong, garnering a plethora of prizes at folk music competitions and presentations. These days, the Kujawy Enthusiasts Society is responsible for the promotion of the ensemble, while the organisational and financial assistance is provided by the Community Centre in Radziejów (Radziejowski Dom Kultury).

The TMK also has a branch of the Polish History Club (Polskie Koło Historyczne) under its wings; the Club is committed to the organisation of public lectures, meetings, bicycle races and permanent exhibitions, such as Powstańcy wielkopolscy z Radziejowa i gminy Radziejów (Wielkopolska Insurgents from the Town and Commune of Radziejów) and Obrońcy niepodległej polski – mieszkańcy Radziejowa i okolic w wojnie polsko-bolszewickiej 1920 roku (Defenders of Independent Poland – Inhabitants of Radziejów and Its Environs Fighting in the Polish-Bolshevik War 1920).

The TMK’s major initiatives include: reconstruction of a post mill and a miller’s house; rebuilding of a monument of Tadeusz Kościuszko; a scientific session called Radziejów wczoraj i dziś (Radziejów Yesterday and Today); promotion of folk creators; the regional education programme Od przedszkola do seniora (From Nursery School to Retirement); the Radziejów Days (Dni Radziejowa, since 1975); ‘meetings with tradition’ in cooperation with the Museum of Kujawy and Dobrzyń Land in Włocławek (Easter Customs in Kujawy); the District Competition ‘Tradycja w moim domu’ (‘Tradition in My Home’, five editions); the District Amateur Art Competition (three editions); exhibitions from the series Zachować od zapomnienia (Saved from Oblivion): ‘Radziejów ośrodkiem haftu kujawskiego’ (‘Radziejów as the centre of Kujawy-style embroidery’), in collaboration with the Museum of Kujawy and Dobrzyń Land in Włocławek; an exhibition of crystals from the glassworks Irena Holding Group in Inowrocław; an exhibition of Włocławek-style pottery; Karolina Rosińska’s painting exhibition Wiatraki (Windmills), a co-organiser of a benefit event dedicated to Franciszek Beciński, together with the Library and Community Centre in Radziejów.

Major awards: ‘For Merits to the Town of Radziejów’, the Minister of Culture and National Heritage Diploma ‘For Contribution to Cultural Dissemination’ (2014). 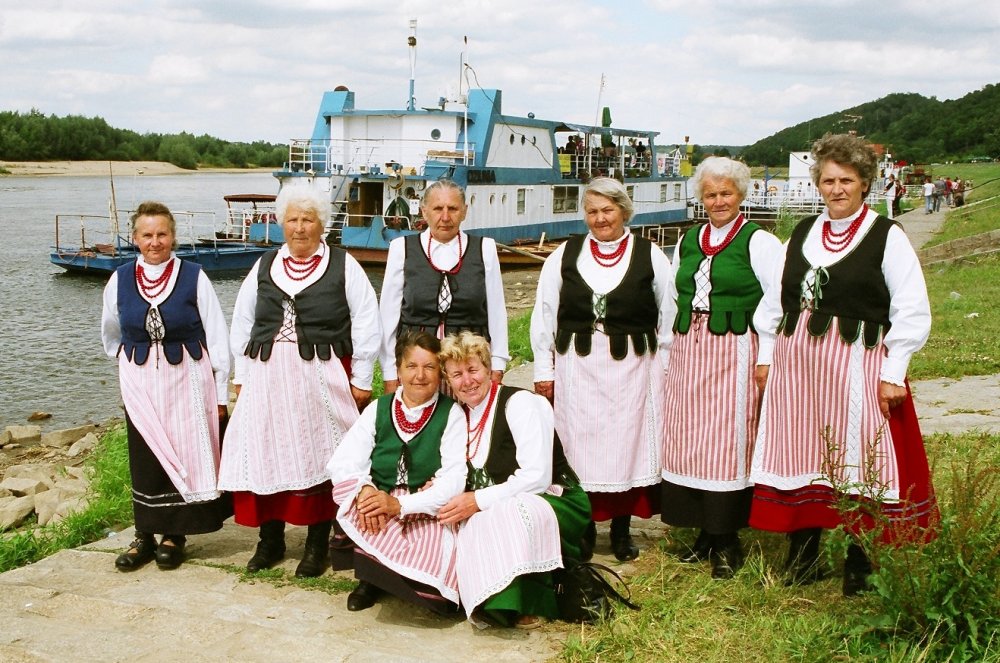