Field of activity:
master of tradition, multi-instrumentalist and singer, instructor of ritualistic folk ensembles. Talented soloist and instrumentalist from the Silesian Beskids. Long-standing teacher of the successive generations of young musicians from Jaworzynka.

Monika Wałach-Kaczmarzyk née Bocek was born on 18 September 1966. She comes from a picturesque corner of the village of Istebna called Pietroszonka. This uncannily gifted artist drew her musical inspirations from the most outstanding masters of the Beskid Mountains (Beskidy), and today she herself educates the successive generations of young musicians.

Her love of music and tradition comes from her family background. Her grandfather played the double bass and her father was a member of a wedding band. She is a niece of Jan Kawulok, a multi-instrumentalist, instrument maker and the famous founder of the Chata Kawuloka museum. Music and singing were part of the everyday life of Monika and her siblings: at work, play, while attending the May devotions to the Blessed Virgin Mary or at church ceremonies.

The artist’s natural talent was cultivated from her early years with the help of the charismatic teacher Józef Broda. As the headteacher of a school in the region of Zaolzie, he led a children’s regional music ensemble. He was responsible for young Monika’s education in singing, dancing and instrument playing (e.g. on the gajdy [Silesian bagpipes] and the dulcimer). It all shaped and moulded her musical sensitivity. When she was a fourteen-year-old student of a school of commerce, she learnt how to play the fiddle. She joined the band Torka led by Kazimierz Urbaś, with which she performed in Poland and abroad between 1980 and 1984. After returning to Istebna, she played with Wałasi founded by Zbigniew Wałach. She proved to be a valuable asset to every line-up she joined, not only on account of her instrumental skills, but also her exceptional, clear, four-octave voice, which Grażyna Dąbrowska beautifully described after seeing her sing at the National Philharmonic in Warsaw: „The soloist’s voice fills the concert hall like the clearest mountain air”.

In 1987, Monika married Rafał Wałach from Jaworzynka. Her husband was an equally gifted musician, a passionate folklorist and an expert at the local dialect. Together they formed the Children’s Regional Music Ensemble (Dziecięcy Zespół Regionalny) ‘Czadeczka’, which later transformed itself into a folk band called ‘Mała Jetelinka’ (‘Little Jetelinka’). The word jetelinka means young grass or clover in the local dialect (standard Polish koniczyna). Under the guidance and care of the pair of the accomplished musicians, the children’s talents could grow and blossom as if in fertile ground. They were trained how to play folk musical instruments and how to sing in the folk manner. Initially, the classes were held at the home of the Wałach family, but they were later moved to the Primary School (Szkoła Podstawowa) No. 1 in Jaworzynka. With his pupils in mind, Rafał Wałach even went as far as to construct small gajdy adapted for the needs of the little performers. Together with his wife, they edited and brought out in print two volumes of a songbook, Grejże mi muzyćko (Let’s Play the Music, in the local dialect) aiming at saving as many ancient songs as possible from total oblivion. He died in 2011, but the work he started is still carried on.

The Wałachs handed down their family traditions to their two sons – Martin and Benjamin, very talented instrumental musicians in their own right, who, while not neglecting the traditional style, are engaged in novel musical projects as well.

For the last thirty-five years, Monika Wałach-Kaczmarzyk has been teaching children at the Primary School (Szkoła Podstawowa) No. 1 in Jaworzynka. The age of her students ranges from six to twenty years. Regardless of their age, they view her as an undeniable authority. As she herself admits, she teaches ‘natural pedagogy of music’, which she knows from her many years’ experience, observations and straight from her heart. She teaches her pupils to work consistently, believe in yourself and overcome your shyness or fears. With her aid, the children not only hone their talents in class but also take active part in actual performances held at school, church or festivals. The children are trained how to look, listen and integrate with the others, and how to swiftly react to that which is here and now. After a few years of such training, they leave the school as conscious young musicians who can play in virtually any set-up and at any venue. These days, the ‘Jetelinka’ students are winning numerous prizes at competitions and presentations, and they form their own bands and ensembles. During the 2021 edition of the National Festival of Folk Bands and Singers (Ogólnopolski Festiwal Kapel i Śpiewaków Ludowych) in Kazimierz Dolny nad Wisłą, the Jaworzyncianki vocal group, consisting of the laureate’s former female students, won the First Prize in the category of vocal ensembles.

Amongst the numerous successes achieved by Monika Wałach-Kaczmarzyk, we need to emphasise her winning the ‘Baszta’ (‘Castle Tower’) award at the National Festival of Folk Bands and Singers in Kazimierz Dolny nad Wisłą in 2015 in the category of solo singers and the First Prize in the ‘Big-Small’ category (in a group of singers). During the 2021 edition of the ‘Sabałowe Bajania’ (‘Sabała’s Tales’) festival in Bukowina Tatrzańska, she won the Grand Prix in the category of solo singing. She has been a multiple and repeated performer at the Polish Highlander Folklore Festival (Festiwal Folkloru Górali Polskich) in the town of Żywiec, where her accolades included the ‘Golden Hearts’ as a soloist and also in the category of ‘Master and Pupil’. In 2014, she was given the Cieszyn Motherland Award (Nagroda Macierzy Ziemi Cieszyńskiej) ‘Ondraszek’ and in 2015 she was awarded the Silver Cieszyn Girl Laurel (Laur Srebrnej Cieszynianki). The artist is also involved in the preservation of the local carolling customs and prepares the carollers for successful participation in competitions. The ‘Trzo Króle’ (‘Three Magi’, in the local dialect) trio from the ‘Mała Jetelinka’ band won the First Prize at Pastuszkowe Kolędowanie (Little Shepherds Carolling Competition) in Podegrodzie in 2010, and also at the Forty-Sixth Carnival in Bukowina Tatrzańska and the Forty-Ninth ‘Żywieckie Gody’ (‘Żywiec-Style Wedding’) in 2018. Monika Wałach-Kaczmarzyk and her bands, Jetelinka and Mała Jetelinka, have also won multiple prizes at the Unique Folk Instrument Performance Competition (Konkurs Gry na Unikatowych Instrumentach Ludowych) in the village of Wieprz near Żywiec in such categories as instrumentalists, multi-instrumentalists and ‘Master and Pupil’. Monika has also been a multiple award winner as an instructor.

The artist maintains a regular collaboration with a number of cultural establishments, such as the District Community Centre (Gminny Ośrodek Kultury) in Istebna, the Beskid Mountains Museum (Muzeum Beskidzkie) in Wisła, the Regional Cultural Centre (Regionalny Ośrodek Kultury) in Bielsko-Biała, Radio Katowice, the Silesian Museum (Muzeum Śląskie) in Katowice, the National Philharmonic (Filharmonia Narodowa) in Warsaw, TVP Katowice, TVP Kultura and the National Institute of Music and Dance (Narodowy Instytut Muzyki i Tańca). She gives educational lectures at schools throughout Poland. She has also given several workshops for fiddle leaders at the open-air museum Valašské muzeum v přirodĕ in Rožnov pod Radhoštĕm, Czech Republic. Between the years 2008 and 2011, she worked as an instructor at the After-School Work Centre (Ognisko Pracy Pozaszkolnej) in Koniaków.

Monika Wałach-Kaczmarzyk’s album Siumi dolina, siumi gróń (The Valley Murmurs, the Mountain Rustles, in the local dialect) published by the Regional Cultural Centre in Bielsko-Biała won the First Prize of the ‘Fonogram Źródeł’ (‘Phonogram of the Roots’) at the Polish Radio Festival ‘New Tradition’ (Festiwal Polskiego Radia ‘Nowa Tradycja’) in 2021. The recording mostly features vocal works interspersed with some instrumental interludes performed by three generations of musicians from Istebna, Koniaków and Jaworzynka, including several of her own pupils and her two sons, that she handpicked and invited for the project.

Monika Wałach-Kaczmarzyk can be called a master of tradition, but the moniker must not be limited to the musical tradition. She is also a talented embroiderer specialising in unique double-side cross stitches that adorn the highlander women’s wedding veils. Her awards in this field include the First Prize at the competition of Koniaków-style laces and the Beskid Mountains-style cross embroideries organised by the Regional Cultural Centre in Bielsko-Biała. Her other passion is sewing. In 2021, she ran workshops of sewing highlander costumes for the Regional Music Ensemble (Zespół Regionalny) ‘Koniaków’ and earlier in 2022 she opened a workshop of making aprons and costumes under the auspices of the ‘Master of Tradition’ (‘Mistrz Tradycji’) programme organised by the Polish Ministry of Culture and National Heritage. She is a member of the Beskids branch of the Association of Folk Artists (Stowarzyszenie Twórców Ludowych) and the Artist Jan Wałach Association (Stowarzyszenie im. Artysty Jana Wałacha) in Istebna.

Monika Wałach-Kaczmarzyk is an artist of many talents, powerful voice and even more powerful character, thanks to which she has been able to teach the successive generations of young Polish highlanders.

Karolina Kupczyk grew up surrounded by the music, culture and dialect of the Silesian Highlanders (Górale Śląscy). She was taught to play the musical instruments at her home, where, amongst other members, her grandfather and uncle played the fiddle during family gatherings and parties. At the age of six, she joined Monika and Rafał Wałach’s ensemble Mała Jetelinka, where she studied pastoral instruments, such as the six-hole duct pipe/recorder (piszczałka sześciootworowa) and the ocarina. At the age of nine, while observing her sister, who also learnt to play the fiddle with Monika Wałach, she decided to breathe life into her grandfather’s old fiddle and try her hand at this beautiful instrument. After a while, she also picked up the viola.

For six years, she danced, sang and played in the Regional Music Ensemble (Zespół Regionalny) ‘Istebna’, with which she represented Poland in the farthest corners of the world, such as Australia, China, Vietnam and Jordan.

As a member of the vocal group Jaworzyncianki, alongside her two sisters and a female cousin, she has won several prestigious prizes at a number of folk music presentations and competitions.

She is also an active member of the ensembles Wałasi and Tygiel, which have performed not only the traditional music of the Silesian Beskids but also folk compositions from other parts of Poland, in addition to the music of the Carpathian Mountains going beyond the Polish national border. 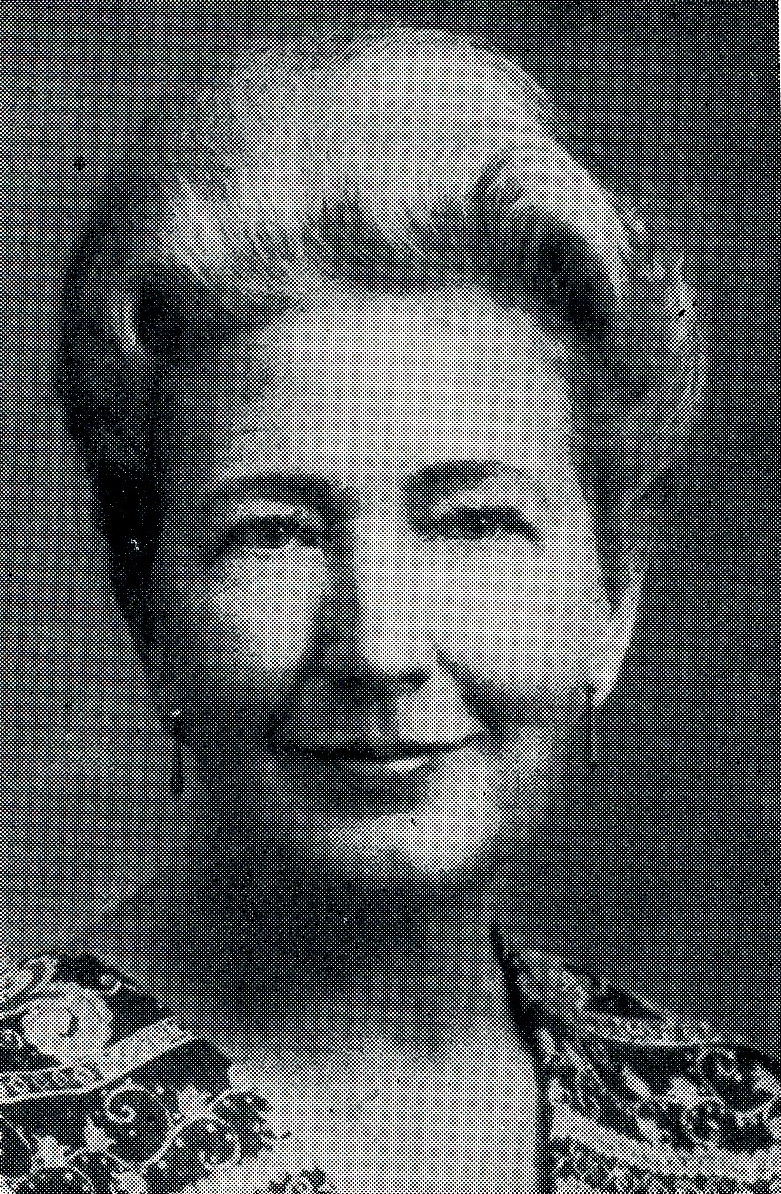