He was born in Imielno, Jędrzejowski Poviat (district of Jędrzejów) in 1935. Between 1955 and 1960, he read Polish language and literature at the College of Education (Wyższa Szkoła Pedagogiczna) in Katowice and later, under the guidance of Prof. Adolf Dygacz, he wrote a doctoral thesis titled Folklor garncarzy polskich (Folklore of Polish Potters), which he defended at the University of Wrocław in 1975. In the years 1975–2002, he worked at the University of Silesia (Uniwersytet Śląski) in Katowice and later, between 2002 and 2006, he was employed as a professor at the University of Bielsko-Biała (Akademia Techniczno-Humanistyczna), where he was director of the Institute of Anthropology and Folklore Studies and director of the Department of Pedagogy and Psychology.

Dionizjusz Czubala is one of the most eminent contemporary Polish folklorists, credited with some ground-breaking research that has been acknowledged in Polish and international academia. His research has covered folklore studies, oral history and regional studies, and mostly concerns such phenomena as traditional forms of narrative folklore, professional folklore, memoirs and modern urban legends.

In the 1960s, he was one of the first ethnographers in Poland who conducted systematic studies of rural handicraft traditions, which bore fruit in such publications as Folklor garncarzy polskich (Folklore of Polish Potters, 1978) and Anegdoty, bajki, opowieści garncarzy (Anecdotes, Fairytales and Stories of Potters, 1980). In the 1990s, he initiated studies of Polish urban legends, being the first – and for many years, the only – Polish folklorist who represented this particular field of research. Results of this work appeared in international publications (e.g. the magazine Foaftale News) and several monographs, such as Opowieści z życia. Z badań nad folklorem współczesnym (Life Tales. Research into Contemporary Folklore, 1985), Współczesne legendy miejskie (Contemporary Urban Legends, 1993) and Wokół legendy miejskiej (Around the Urban Legend, 2005).

During his illustrious professional career, Dionizjusz Czubala conducted intensive field studies in Poland, Russia, Macedonia, Bulgaria, Mongolia, Kazakhstan, Ukraine, Belarus and Slovakia. In his activities, he focused largely on long-term and systematic work on documentation, edition and publication aimed at recording and popularising various forms of folk narratives. His achievements in this field include exemplary editions of folk texts from Śląsk (Silesia) and Zagłębie Dąbrowskie (Dąbrowa Basin), including Podania i opowieści
z Zagłębia Dąbrowskiego. Sto lat temu i dzisiaj
(Stories and Tales from the Dąbrowa Basin. One Hundred Years Ago and Now, 1984) and Boju boju bojka. Wybór baśni śląskich (Boju boju bojka. A Selection of Silesian Fairytales, 1987), as well as modern urban legends, such as Nasze mity współczesne (Our Contemporary Myths, 1996) and Polskie legendy miejskie. Studium i materiały (Polish Urban Legends. Study and Materials, 2014). Of special significance were also his long-standing ethnographic studies dedicated to the memoirs from the Second World War. Thanks to them, he was able to obtain precious narratives of little-known aspects related to resistance movement in and around the Świętokrzyskie Mountains and the dramatic events of the Holocaust. Taking up these difficult and neglected themes from the perspective of folklore studies resulted in the publication of a three-volume series of Wojenne opowieści wspomnieniowe (War Memoirs, 2008, 2010, 2012) and an unusual collection of oral narratives about the Holocaust, O tym nie wolno mówić. Zagłada Żydów w opowieściach wspomnieniowych ze zbiorów Dionizjusza Czubali (We Must Not Talk About It. The Extermination of Jews in the Memoirs from Dionizjusz Czubala’s Collection, 2019), which contains unique and unfamiliar materials concerning the Holocaust in Polish rural areas and the involvement of Poles in those tragic events.

Dionizjusz Czubala also dedicated himself to social and educational activities. He was a member of the Polish Ethnological Society (Polskie Towarzystwo Ludoznawcze), the Polish Culture Studies Society (Polskie Towarzystwo Kulturoznawcze) and the International Society for Contemporary Legend Research. As a lecturer at the Silesian University in Katowice and the University of Bielsko-Biała, he was a supervisor of four doctoral theses and numerous Master’s theses; he gathered a group of dedicated young folklorists, with whom he created the magazine Teksty z Ulicy and organised ethnographic summer camps, including two research trips to Mongolia. For his achievements, he has received a number of awards and other honours, such as the Gold Medal of the Polish Teachers’ Union (Związek Nauczycielstwa Polskiego), the Bronze Cross of Merit, the Medal For Merits to Culture and the Zygmunt Gloger Award.

Training, inspiring and supporting young researchers coupled with his impressive scholarly oeuvre make Dionizjusz Czubala one of the most acclaimed folklorists in Poland. His success in both teaching and field research is a result of personality traits that are crucial in the work of an ethnographer and teacher, such as passion for the world and for the people, perseverance and consistency in action, ability to listen and talent to tell stories of one’s own life, and most of all openness and kindness which make it possible to engage strangers in conversation and to sympathise with divergent attitudes and views. 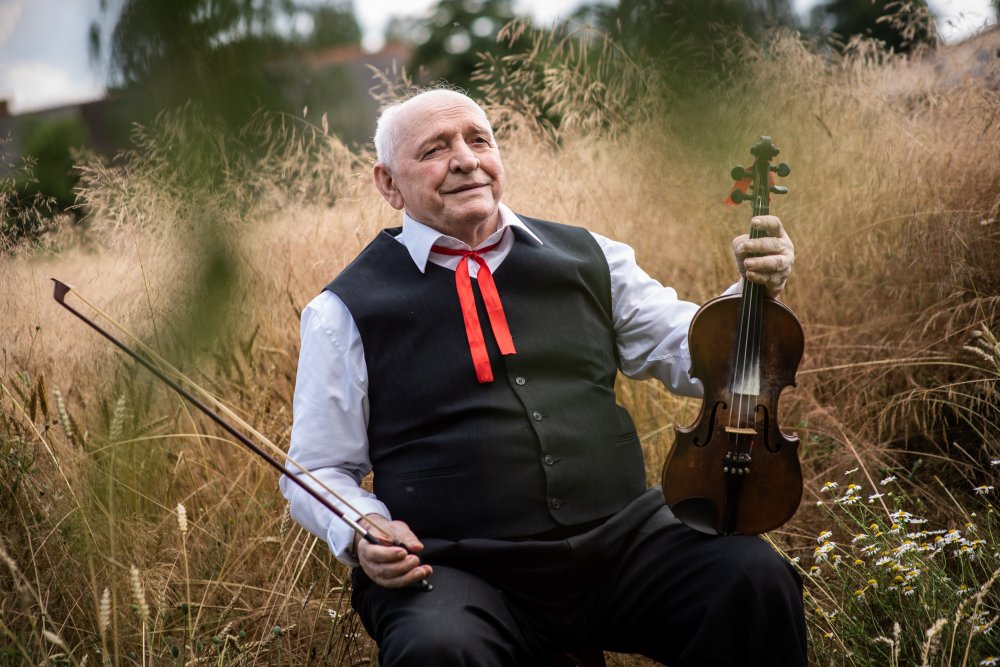